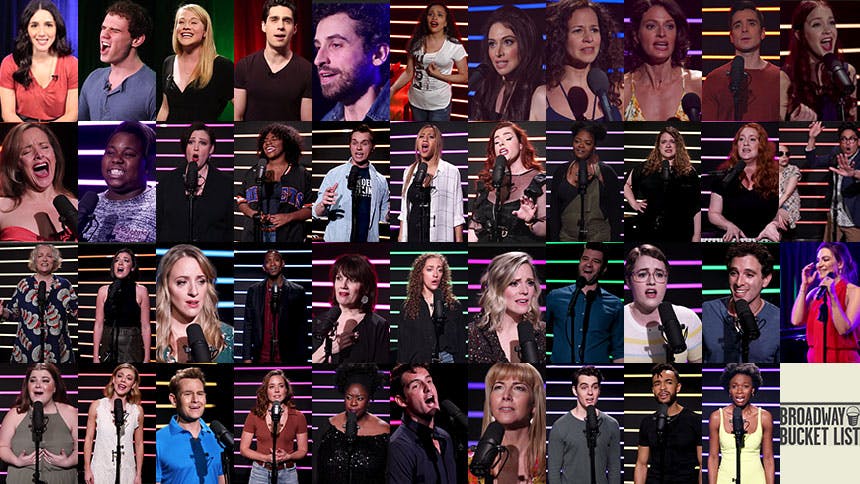 Today, March 27, 2020, is World Theatre Day, and we’re celebrating by taking a look back at one of our favorite (and most popular) video series, Broadway Bucket List. As you know, BBL invites some of our favorite performers to come in studio and sing three dream roles from their musical theatre bucket list. Scroll on as we highlight one, standout number from each Broadway Bucket List video we’ve filmed so far, starting from the very beginning.


Jay Armstrong Johnson performs “As Long As You're Mine” from Wicked


Carrie St. Louis performs “So Much Better” from Legally Blonde


Brandon Uranowitz performs “This Is Not Over Yet” from Parade


Lisa Howard performs “Back to Before” from Ragtime


Zach Adkins performs “I Believe” from The Book of Mormon


Joanna Jones performs “I Hate the Bus” from Caroline, or Change


Alysha Umphress performs “The Oldest Profession” from The Life


Shanice Williams performs “Stranger to the Rain” from Children of Eden


Bonnie Milligan performs “It’s A Privilege to Pee” from Urinetown


Astrid Van Wieren performs “Moonwalk” from You Are Here


Barrett Wilbert Weed performs “He Wanted a Girl” from Giant


Abby Mueller performs “I Miss the Mountains” from Next to Normal


Katie Rose Clark performs “The Story Goes On” from Baby


Shoshana Bean performs “Moments in the Woods” from Into the Woods


Kirsten Scott performs “Come to Your Senses” from tick, tick…BOOM


Kyle Selig performs “Marry Me a Little” from Company