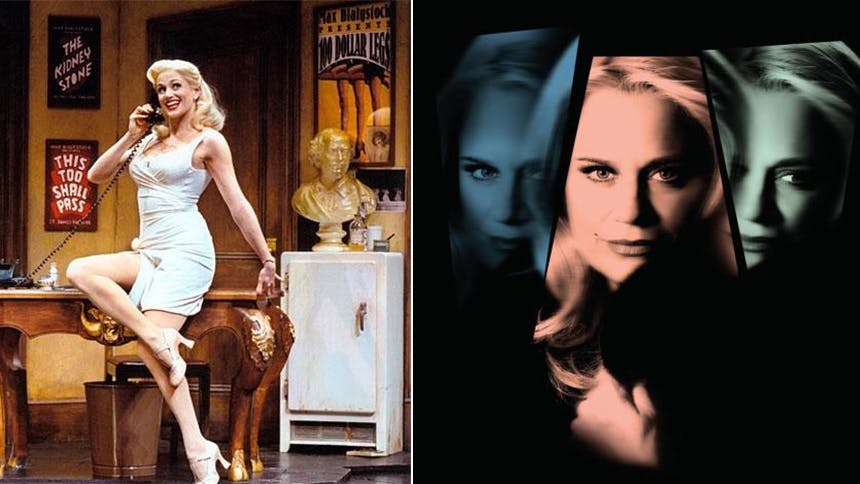 at The Green Room 42 on June 10 and June 12. Co-conceived by Huffman and director Will Nunziata, the piece charts Peggy Lee’s extraordinary journey from her humble beginnings as Norma Deloris Egstrom of Jamestown, North Dakota to becoming one of the biggest stars the music world has ever seen, and includes Lee’s iconic “Fever”. The two-time Tony Award nominee and Emmy nominee is backed by four-piece band.

Back in 2001, Cady Huffman was part of the biggest hit Broadway had known in decades, Mel Brook and Susan Stroman’s stage adaptation of The Producers. The musical received 15 Tony Award nominations and won 12 Tony Awards, making it the record-holder for most Tony wins. For her part, Cady won the Tony, Drama Desk, and Outer Critics Circle Award for creating the role of the Swedish belting bombshell, Ulla.

BroadwayBox caught up with Cady this week to find out what wisdom she would impart onto this year’s new crop of Tony Award-winning actors.

The biggest thing I’d say to a first-time winner is be present. Be present in the moment, if you can. It’s extremely exciting and you can get a little bit lost. So, take a moment to breathe. I have been nominated twice, and I did it better the second time. I was 26 the first time, I was 36 the second time. So, I knew enough to be present.

When you sit down in Radio City, look around, take everybody in. When I was nominated for The Producers, I had Ann Miller in front of me and Liza was behind me. Utterly epic. So, make sure you look around and see your surroundings. Enjoy your fellow performers. It’s a fun time to connect with everybody. The Tony Awards are just this love fest of getting to know your fellow performers.

Keep your Tony Award out! I remember boxing mine up and thinking, “Well, isn't it weird to keep awards out?” Like some self-humility thing. Then something terrible happened in the business, and I said, “Screw it! I am getting my award out and I'm going to look at her every single day.” I'm looking at her right now, and sometimes my cat chews on her, but she deserves to be out and looked at. You take it out, and you look at it, and you just appreciate it, because it will change your life in ways you are not expecting. Your life is not suddenly worry free. It does not come with a million-dollar prize. It just puts you into a new arena that is not your comfort zone, and you can't go backwards. You know how to get work pre-award, but getting work after the award is suddenly different and uncomfortable. You're less anonymous; you've just become more visible. There are expectations—your own included. And it just does not happen the same way for everybody.

I always want to tell people not to get too caught up in people telling you about your limitations. The only limitations are the ones that you allow in.

I’ve lost a Tony Award too, and to them I’d say try to get centered and be happy for everyone around you.

Don’t miss Cady Huffman back onstage in Miss Peggy Lee: In Her Own Words and Music June 10 and June 12 at The Green Room 42.

The Green Room 42
Best Priced Tickets
Newer
Watch All of the Musical Performances From the 2019 Tony Awards
Older
Exclusive! Watch Gifted Comedian & Singer Jessica Fontana in Rehearsal for What You See Is What You Get
Sign up for BroadwayBox Discount Alerts