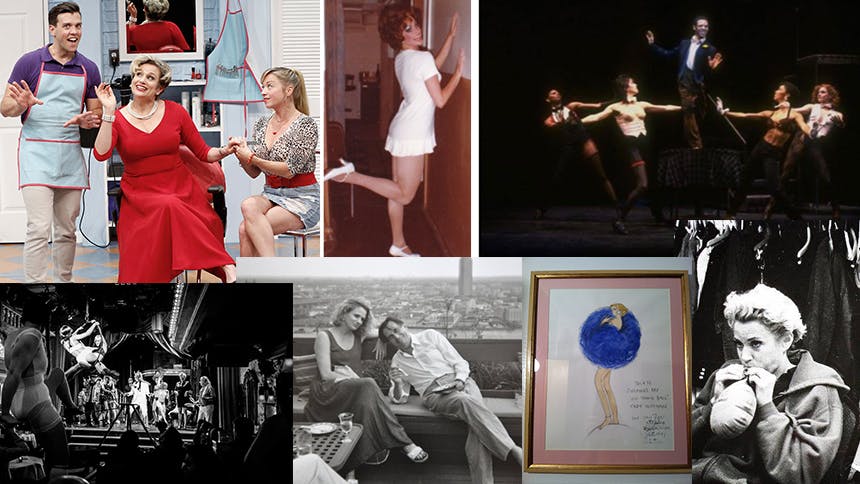 Tony Award winner Cady Huffman is back on the New York stage and funny as ever as wealthy but stealthy murder suspect Mrs. Shubert in off-Broadway side-splitting, interactive whodunit Shear Madness.


Read on as Huffman shares with BroadwayBox her Broadway scrapbook—filled with rare photos and fabulous showbiz stories.

I was a teenage drag queen! I did the LA company before my Broadway debut. That picture on the right is in rehearsal at 890 Broadway and I’m holding onto Hanna from Hamburg’s leg (that’s Bill Burns and Lynn Farrow). Then the other picture is me in all my drag. My dresser, Alice Testa, made me this little t-shirt with a ruffle because we had so many fast changes we just threw on t-shirts to get around backstage. Mine had a ruffle ‘cause I was a real girl.

The Will Rogers Follies (Ziegfeld's Favorite), 1991 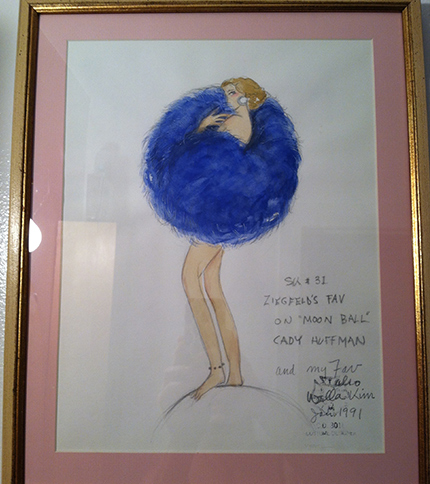 Isn’t that sweet? That was a gift to me from [Tony-winning costume designer] Willa Kim. Will Rogers was slightly terrifying. I had been on Broadway before but I had never done a leading role. I was young and eager. I remember this one time I had this little speech in the show that was on the album, and the first time I did it I didn’t know what to do—I didn’t do anything. I was so scared. I was just waiting for someone to tell me what to do in rehearsal. And Tune comes up to me and says, “Well Cady, do SOMETHING.” Which turned out to be the best direction I’ve ever gotten in my life. Then the next time I did it, I put in the kitchen sink, and he said, “Ok, now Cady, now we can start.”


The Tony no longer lives in the living room after that. Now it lives in my bedroom, but I just thought it was hilarious. She puts it all in perspective doesn’t she? ‘Yup, you won it, now back to work.’ 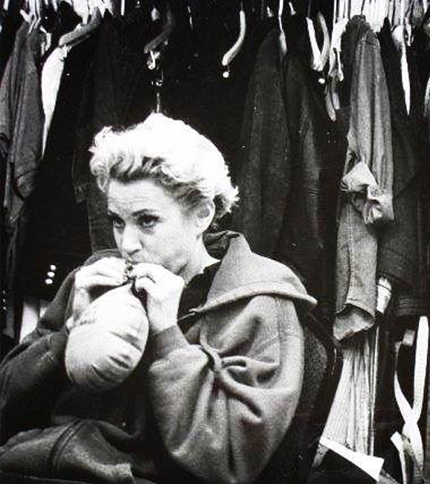 This was the first time I ever worked with an idol of mine and [Bob Fosse] was the best—to this day no one touches him on Broadway. He turned me into a better actor because every single dancer was required to somehow move the plot along. You weren’t there to just kick to your face and spin, you had to tell the story. I was 20 and I was at the peak of my own abilities. I’d been a ballerina, and he just demanded a lot and I wanted to give him a lot. He had such energy and focus and love and commitment for performers. I could do a whole hour on the experience of being a Fosse dancer.

Barry [Humphries] invited us all to his home for dinner between shows for the final week, and it had this huge deck looking over the East River. I just adore that picture of the two of us. I love him so much. I never met someone so funny or learned so much. He’s been doing Dame Edna for about 40 years—as far as I’m concerned, she exists apart from Barry. I learned commitment and I learned an incredible amount about being with an audience and being in a moment. It’s such a gift to support someone like Barry.

Revolution in the Elbow of Ragnar Agnarsson Furniture Painter (Manuela), 2014

So I got this offer to do this very strange Icelandic musical, and I actually went to Iceland to meet these guys, find out why they wrote this, and learn about the culture. I ended up having this completely life-changing experience in Iceland—I could go on and on about the magic of Iceland. So I thought, “I have to do this. It’s too strange not to.” Then I had this great experience with people who had never done this before. I got to sing my face off and sing some rock ‘n’ roll, which I loved.

This was the day my brain broke at The Nance. I was onstage doing a hula cross with Jenni Barber and Andrea Burns and I see Zac Quinto and I think, “I wonder who he’s with…OH MY GOD, it’s Leonard Nimoy. It’s the Spocks.” I nearly lost my mind. I was a HUGE Trekkie growing up. My brothers and I went to Trekkie conventions. That photograph is me at the happiest moment of my life.

The Life and Death of Kenyon Phillips (Director), 2015

Isn’t this gorgeous? I met Kenyon Phillips when he called me and asked me to play his mother in a show called The Life and Death of Kenyon Phillips down at The Box. He wanted this circus, burlesque, rock ‘n’ roll feel with a musical theatre through line. We hit it off and I ended up working with him doing some edits. Then the next time I directed it and we did a one-night-only extravaganza at Webster Hall. I love directing. I love directing because I love performers so much, and at this point in my career, with 30+ years experience, I could actually guide these people. I could take a step back—not wanting them to do it the way I would do it, discovering how they would do it, and allowing them to do that is just absolute magic. Now Kenyon is one of my best friends and we continue to work on this piece. 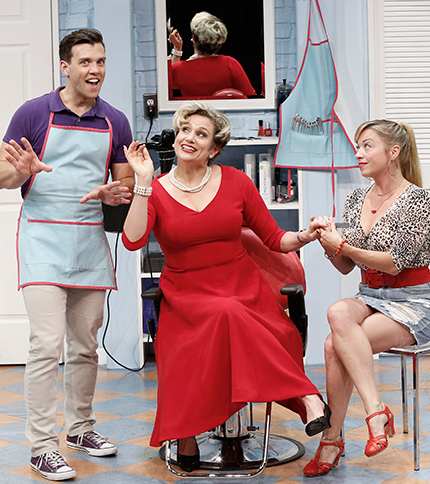 I never get to do big broad comedy. Even with Ulla, I was very much the straight person—the boys were huge and I was still. I was doing some shows at UCB and I love improv and I love seeing and interacting with an audience. But this show is a challenge, you don’t know what’s coming. I love it.