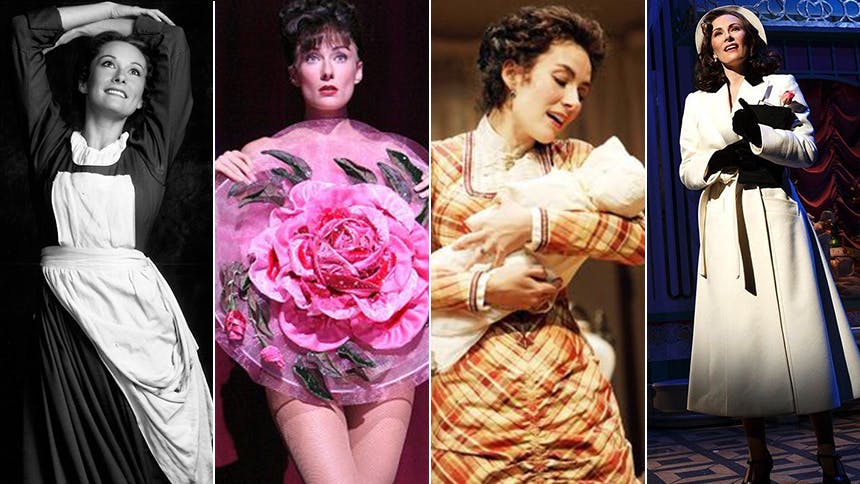 Tony Award winner Laura Benanti made her Broadway debut at age 18 understudying Rebecca Luker as Maria in the first Broadway revival of The Sound of Music. Five Tony Award nominations and one win later, the TV and stage star returns to Broadway this fall starring alongside Amy Schumer in Steve Martin’s highly-anticipated comedy, Meteor Shower

(performances begin November 1 at the Booth Theatre). Scroll on as BroadwayBox throws it back and charts Laura’s stage career in video, photos, & GIF.

Benanti made her debut at age 18! She went on to replace Luker as Maria, starring opposite Richard Chamberlain as her Captain. Later in her career, Laura would go viral playing Maria’s nemesis, Baroness Elsa Schraeder, in The Sound of Music Live!, giving us this now iconic side eye.

Hot off the heels of Sound of Music, Benanti opened the musical revue Swing! and picked up her first Tony nomination for Best Featured Actress in a Musical.


Next up, Laura starred opposite Donna Murphy in Encores! Wonderful Town (but alas no photos or video). Then, she starred in MTC’s off-Broadway musical adaptation of the time travel romance Time and Again.

Laura returned to Broadway as Cinderella in the first B’way revival of Stephen Sondheim & James Lapine’s Into the Woods, securing her a second Tony nomination.


The following year, Benanti starred in another big revival: Roundabout’s Tony-winning, star-studded production of Nine. She played Claudia, the movie star muse to Guido (played by Antonio Banderas), and sang the gorgeous “Unusual Way”. She has the best story on her album about learning to properly bow from Chita during that show.


Benanti’s next Broadway outing was the stage adaptation of the popular rom-com The Wedding Singer. She played the musical’s romantic lead, Julia—originated onscreen by Drew Barrymore.

Laura won critical acclaim and a Tony Award for her performance as Louise opposite Patti LuPone’s Rose in the most recent Encores! and Broadway revivals of Gypsy. She became the first actress to play Louise to win the award. Get it, girl!

Why Torture Is Wrong, and the People Who Love Them (Felicity), 2009

Women on the Verge of a Nervous Breakdown (Candela), 2010

Laura’s performance in the short-lived cult musical adaption of the Almodovar film was a Tony-nominated blessing. Her big song “Model Behavior” was beyond genius. They should teach it in acting programs when studying modern musical comedy.


She returned to Encores! in 2014 to star opposite Shuler Hensley and Cheyenne Jackson in Casey Nicholaw’s production of The Most Happy Fella.


Laura starred opposite Jeremy Jordan in Manhattan Concert Production’s Lincoln Center staging of Jason Robert Brown’s Parade, and it was an absolute event!


Then, she starred with Derek Hough in the Rockettes’ new spring show at Radio City. (Also, note the pronunciation of her last name once and for all, folks!)

Laura crossed a role off her Broadway bucket list with the RTC revival of She Loves Me. She picked up a Tony nomination and thanks to Broadway HD, you can see her performance anytime!

Meteor Shower
New
Best Priced Tickets
Newer
From Beauty and the Beast to Frozen, A Look Back at 11 Disney Musicals On Stage
Older
Tony Winner Jess Goldstein Gives a First Look at His The Honeymooners Musical Costumes
Sign up for BroadwayBox Discount Alerts