Enter the World of Blue Man Group with This Rare Look Behind the Scenes with Mark Frankel, Bhurin Sead & Pete Simpson 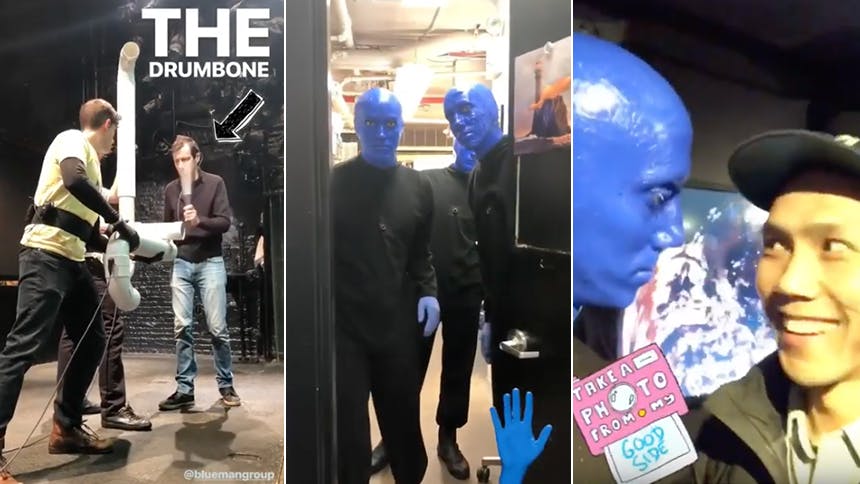 has been enthralling New York audiences (and the world!) since 1991, when they began their historic, award-winning off-Broadway run at Astor Place Theatre. The trio of blue men bring joy through music, color, technology, and humor.

On Saturday March 16, Blue Man Group offered BroadwayBox followers a rare look behind the scenes at their show in action. Three different company members took turns taking us through a typical three-show Saturday on Astor Place. Watch first as Blue Man captain Mark Frankel begins the day with a look at the warm ups and first show; then Bhurin Sead took over for a high-energy look at the second show; and finally, Pete Simpson took over for the last leg, offering a cool bird’s eye view of a show that he’s been a part of since 1996(!) and sharing cool historical facts about the company. You don’t want to miss the full video below!