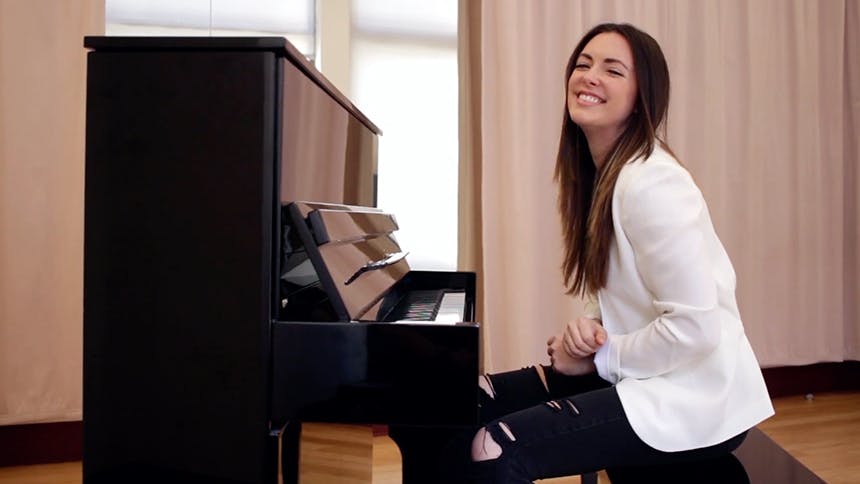 Desi Oakley just wrapped up her acclaimed run as Jenna in the Waitress national tour (treat yourself to her "What Baking Can Do"!), and now Desi is serving up a brand-new album of original music. The singer/songwriter (who has appeared on Broadway in Wicked and Les Miserables and led the tour of Evita) takes the stage at NYC's (Le) Poisson Rouge on April 8 for a one-night-only album release concert in which she'll premiere her never-before-heard music with a full, live band and special guest star Krystina Alabado. In the video below, get an exclusive first listen of "All or Nothin'", a beautiful track off Desi's upcoming second album.