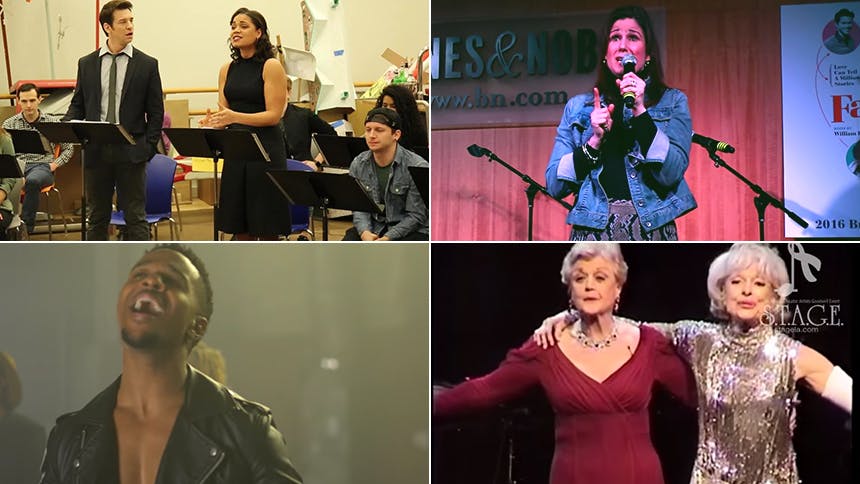 These are the videos from the week that we played on repeat..

Stephanie J. Block is “Breaking Down” at Barnes & Noble


Ultimate 🙌 🙌 moment: One the highlights of Broadway’s entire fall season finally preserved in its entirety. Absolute queen. From 4:00 minutes to the end is the Broadway equivalent of the Mother of Dragons burning an entire city to the ground.


Ultimate 🙌 🙌 moment: Groundhog Day gave a sneak peek to the press this week and it was incredible. The big take away was that this is going to be some crazy Tony race in 2017. Tim Minchin’s music is fun and super accessible; Andy Karl’s star quality is lit AF; and Barrett Doss feels like a breakout star. Chills at 3:25.

Jackie Burns Reigns as a Queen of The Broadway Princess Party


Ultimate 🙌 🙌 moment: Wicked and If/Then star Jackie Burns slays 54 down to the ground—my gosh, that “Always Starting Over” into “Let It Go” beginning at 3:05. Nothing says throw my hat into the Broadway Else ring like a five-minute Idina career medley.

Mark and Maureen Had a Bad Romance as Rent Meets Gaga


Ultimate 🙌 🙌 moment: Yaaaasss! This video is EVERYTHING. “Alejandro” into “Light My Candle” at 1:01, I nearly fell over. Also, the three divas gave me major life. I nearly got emo when it ended with “I’ll Cover You (Reprise)” into “You and I”. Basically just play this on loop at my funeral.


Ultimate 🙌 🙌 moment: This week, Tony winner Carol Channing turned 96, so it’s the perfect time to dust off this gem in which Carol sings the title song from Mame and Angela Lansbury sings the title tune from Hello, Dolly. My little gay heart could barely take the excitement, esp. when Carol bellows from the wings “Somebody’s singing my song” (1:48).