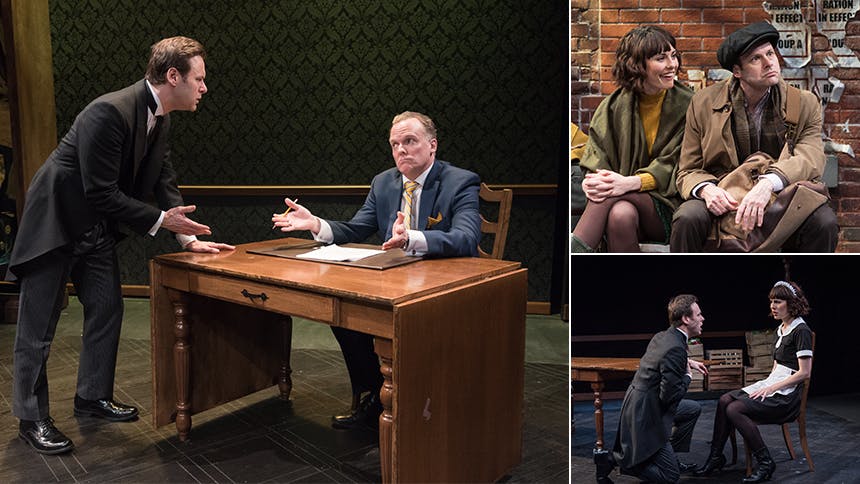 BroadwayBox caught up with Merrick to talk about famous pop culture butlers, memorable theatrical experiences, and the scene in the show that leaves audiences shaken.

1. My favorite butler from TV or film:
John Gielgud's Hobson in Arthur. He was only in a few scenes, but he stole the film.


2. Before friends and family come to Ring Twice for Miranda, I tell them:
I'm not singing! No but seriously, I say come ready to ponder serious questions of power, survival, and what you'd do in the play's circumstances.


3. Character from the film Clue I would consider a spirit animal:
Believe it or not, Ive never seen the film Clue! Sorry!

4. Moment or line from the show I find myself thinking about most outside the theatre:
The final moment of the play is pretty devastating as the characters comprehend their fate. You can hear a pin drop.

5. Stage credit of mine that fulfilled me most as a performer:
Playing John Adams in 1776 (Pittsburgh Public Theatre) was richly rewarding and a turning point for me as an actor.

6. My favorite Marlo Thomas story from Clever Little Lies:
Marlo is a fiercely brave actor and a good friend. She fought for me to be cast and I'll always be grateful to her. The play was a blast to do, but I'll always remember how hard we laughed afterwards over Champagne and caviar!


7. A performance I’ve seen that will always stay with me:
I saw John Malkovich in Burn This on Broadway when I was a kid. It was a historic performance that absolutely riveted me, and one which people still talk about today. I couldn't believe the words he was saying were from a script. They seemed so immediate and dangerous and funny and petulant and alive. It made we want to be an actor so badly. Dazzling.