Lesli Margherita & Taylor Louderman Bring Tangled to Life & It Was BEYOND 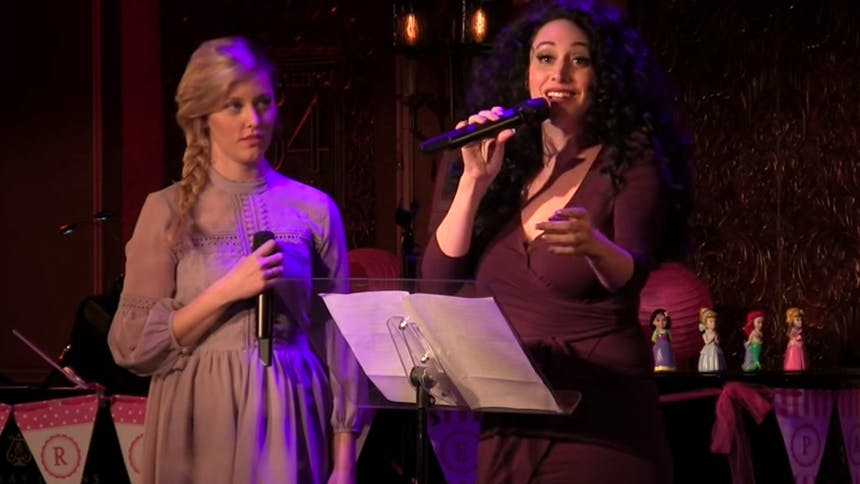 Amidst the craziness of BroadwayCon 2017 this weekend, Feinstein’s/54 Below welcomed back Laura Osnes and Ben Rauhala for another installment of their hit concert series, The Broadway Princess Party. By now you know the drill: Broadway's hottest young stars take the mic and live out their Disney fantasies and we all watch it obsessively on YouTube (if you haven’t seen Arielle Jacobs' “Just Around the Riverbend” open that in a second window now).

(:48 seconds in)…Also, that one line made me think—when and where is Queen Lesli playing The Witch in Into the Woods?! Let’s get someone on that.

Legit me waiting for absolutely anything (hair flip included)

And my new most-used GIF is going to be...

You know I’m going to use this next B’day.

2:15: when the only song I know from Tangled begins.

That wig is giving me major Cher vibes.

Taylor’s reactions are cracking me up too. These two make a great pair.

This is good for when I arrive and it’s open bar, when I find a lost $20 in a random pocket, or any other moment worth celebrating.