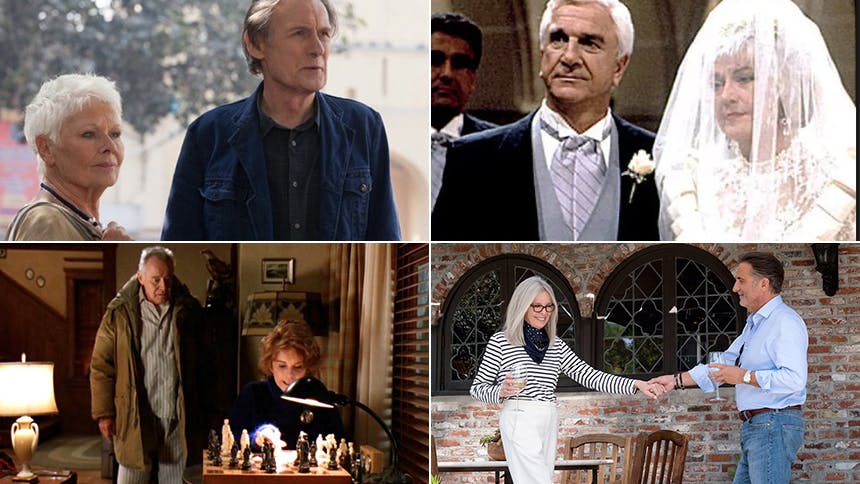 Inspired by First Love, here are six love stories from film and television about characters in their sixties (or beyond) that absolutely warm our hearts.

Dorothy & Lucas in The Golden Girls


Judi Dench’s Evelyn and Bill Nighy's Douglas take the long road to love while living in a senior community in India. It took until the sequel until they finally got together properly!


A widowed grandmother and a retired astronaut fall in love after a bumpy beginning.


This summer’s blockbuster saw Diane Keaton meet a sexy airline pilot and find love after her husband passes away. It’s the sweetest courtship and total #RelationshipGoals.

Erica & Harry in Something’s Gotta Give


It’s Jack & Diane again but this time they are falling for each other in this fan favorite about finding love in your senior years.


In the first film, Walter Matthau & Jack Lemon compete for the love of their new neighbor Ann-Margret. And in the sequel, after Jack & Ann’s characters marry, Walter’s grumpy guy falls for Sophia Loren.