Analisa Leaming Takes on Seven Questions About School of Rock, ALW Dream Roles, & Creating Her "Where Did the Rock Go" 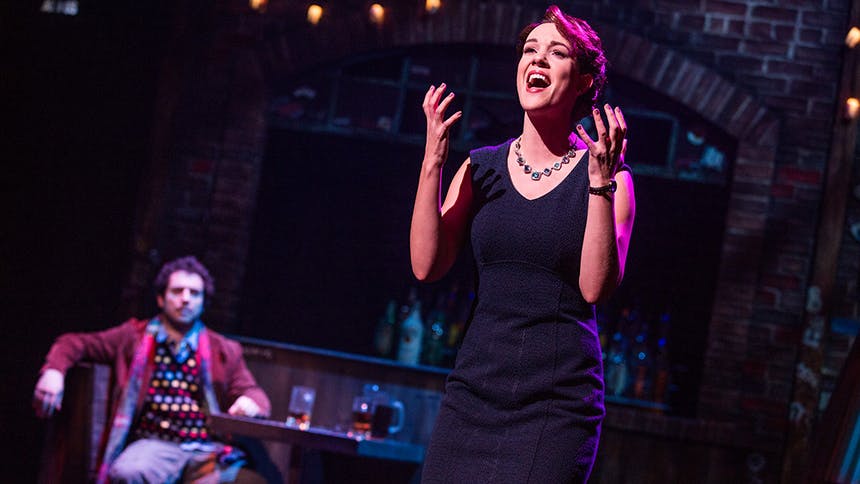 Analisa Leaming gives a killer performance as Miss Mullins (the uptight headmistress who lets loose to Stevie Nicks and finds love in an unexpected place) in Andrew Lloyd Webber's Tony & Olivier Award-nominated musical School of Rock. Analisa and her absolutely fabulous voice previously appeared on Broadway in The King and I (Anna), Hello, Dolly! (Irene Understudy), & On the Twentieth Century (Anita). Listen to this range!


BroadwayBox caught up with Analisa to talk about her big showstopping School of Rock moment, her Andrew Lloyd Webber dream role, and her podcast The Balancing Act.

1. What would you love most about Rosalie if she were your best friend?
Her passion for education.


2. What would drive you nuts about Rosalie if she were your best friend?
The stick up her...well, that’s not nice. Her insecurities parading as the need for perfection.


3. What was the key to unlocking “Where Did the Rock Go” for you? What was important for you to bring to that song and moment?
Oh man, I love this song so much. When I started working on it for the audition I replaced the word “rock” with “fun.” Sometimes, I can take myself too seriously and I get too wrapped up in the “work.” Once I used the word “fun,” tears were flowing by the end of the song and I knew I found something good. For me, it’s more like a cautionary tale and I know for MANY adults in the audience it serves as a reminder to loosen up, enjoy their life, and remember the carefree person they once were.


4. What is another ALW musical dream role of yours?
The Narrator in Joseph because the music is sooo good and it would be so fun!

5. What’s been the biggest reward working with all the kids at School of Rock?
Watching them grow as humans is pretty cool, but it’s their love and affection that makes coming into work so great. Their hugs and smiles and encouragement are infectious, and when they come to my dressing room or find me backstage to ask for help with something—It’s everything.


6. Which role until now has pushed you the most on stage? What did you do to meet the challenge?
Anna in The King and I was very challenging. The corset was relentless, the dresses and gowns weighed 20-40lbs, and the emotional journey was intense. In addition, the people I played opposite of were incredible actors, especially Ruthie Ann Miles, Hoon Lee, Ken Wantanabe, Daniel Dae Kim, and Jose Llana. I had a wonderful network that included my voice teacher, acting teacher, ENT, physical therapist, and a supportive husband that kept me in shape physically and mentally.


7. Let’s talk about A Balancing Act. If someone is new to meditation and wants to begin a daily practice. What are three things they can do to begin their journey?
I recommend a good teacher. Try out different practices to see which is your favorite and then dive in. I love Vedic Meditation and you can find their free intro talks around the city (thanks, Google!).