Carrie Cracknell Takes on Seven Questions About Directing Sea Wall/A Life, Discovering Her Process, and Making the Jump to Film 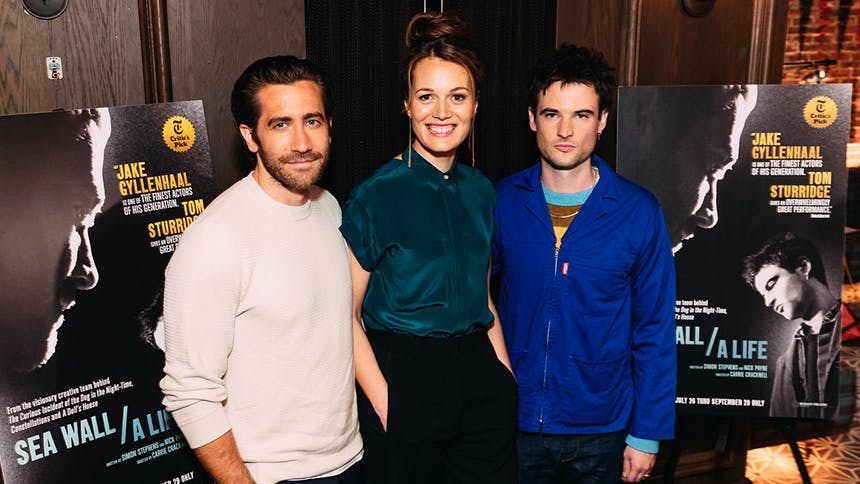 
BroadwayBox caught up with Carrie (whose UK credits include the National Theatre productions of Julie, The Deep Blue Sea and Medea, all of which have been screened for movie audiences around the world as part of the NT Live series) to discuss working with Gyllenhaal and Sturridge on this production, making her Broadway debut, and the principals that guide her as a director.

1. What’s your process when beginning on a new project? How did you approach directing these two pieces?
I always start by reading the piece repeatedly, trying to understand its soul, and how I feel I can connect to it as a director. I ask a series of questions to myself. Does this piece have an urgency and relevance to its audience? Do I have any unique insight into this story? Does it hold enough complexity to keep me nourished for the many months it takes to bring it to the stage? Can I start to see the film of the show running in my head?

I can often tell that the piece has latched onto me when it enters my dream world, or when I find the water in the shower running cold because I am daydreaming about the characters. Once I have started to immerse into the fictional world, then I start to research, collating hundreds of images, and by reading relentlessly around the subject. From here, my work moves into a series of long and detailed collaborative conversations with the writer, creative team and the actors.

With these two pieces, I needed to find the truth and simplicity in each piece but also to author a combined world for them to both live in. To generate this, I spent hours sat in various cafes across London reading the pieces while listening to very loud music (mainly Thom Yorke) and trying to imagine how it should feel.


2. What was different about how you rehearsed each part and how you worked with each actor on his piece?
What was lovely was that the process on each piece could be very idiosyncratic and personalized because I was only working with one actor at a time. So, with Jake there was a massive amount of play and experimentation, and a real need from him for freedom and a sense that he could riff on the piece night to night. So, our work had a lot of anarchy and play in it as well as very detailed text work.

Tom had a much more structured approach to the material and so we tended to have much shorter and more microscopic rehearsals. The changes and evolutions for him were more considered. But he also had an extraordinary desire to experiment. It was fascinating how differently they both wanted and needed to work. And that through that we still managed to find a coherent and shared language for the performance styles. 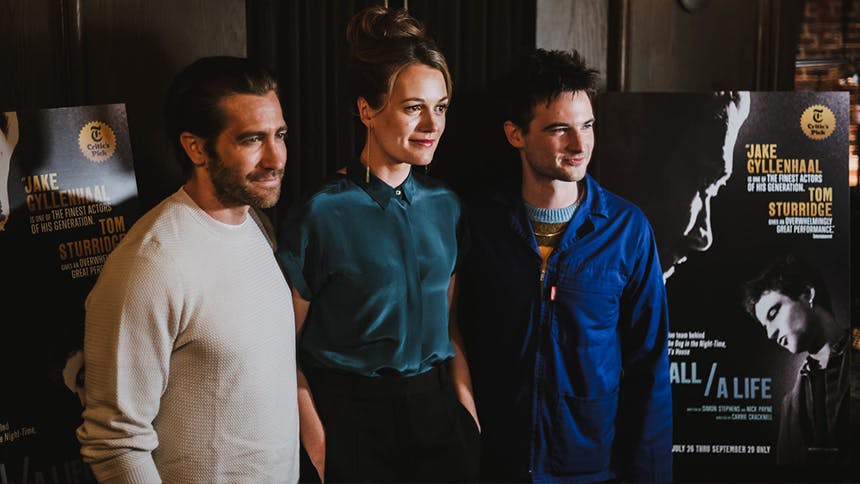 
3. After an acclaimed career in the UK, what does it mean for you to make your directorial debut on Broadway? How did you commemorate the occasion for yourself?
It was gorgeous to be working on Broadway with material that felt every true to me as a director. Understated, emotionally engaged, empathetic. I have worked in some pretty extraordinary theatres in London, but The Hudson I think is one of the most beautiful in the world. It is an extraordinary room. I love the relationship that the stage holds with its audience. It is really intimate. I celebrated the moment by buying myself a pretty kick arse opening night outfit at Saks! 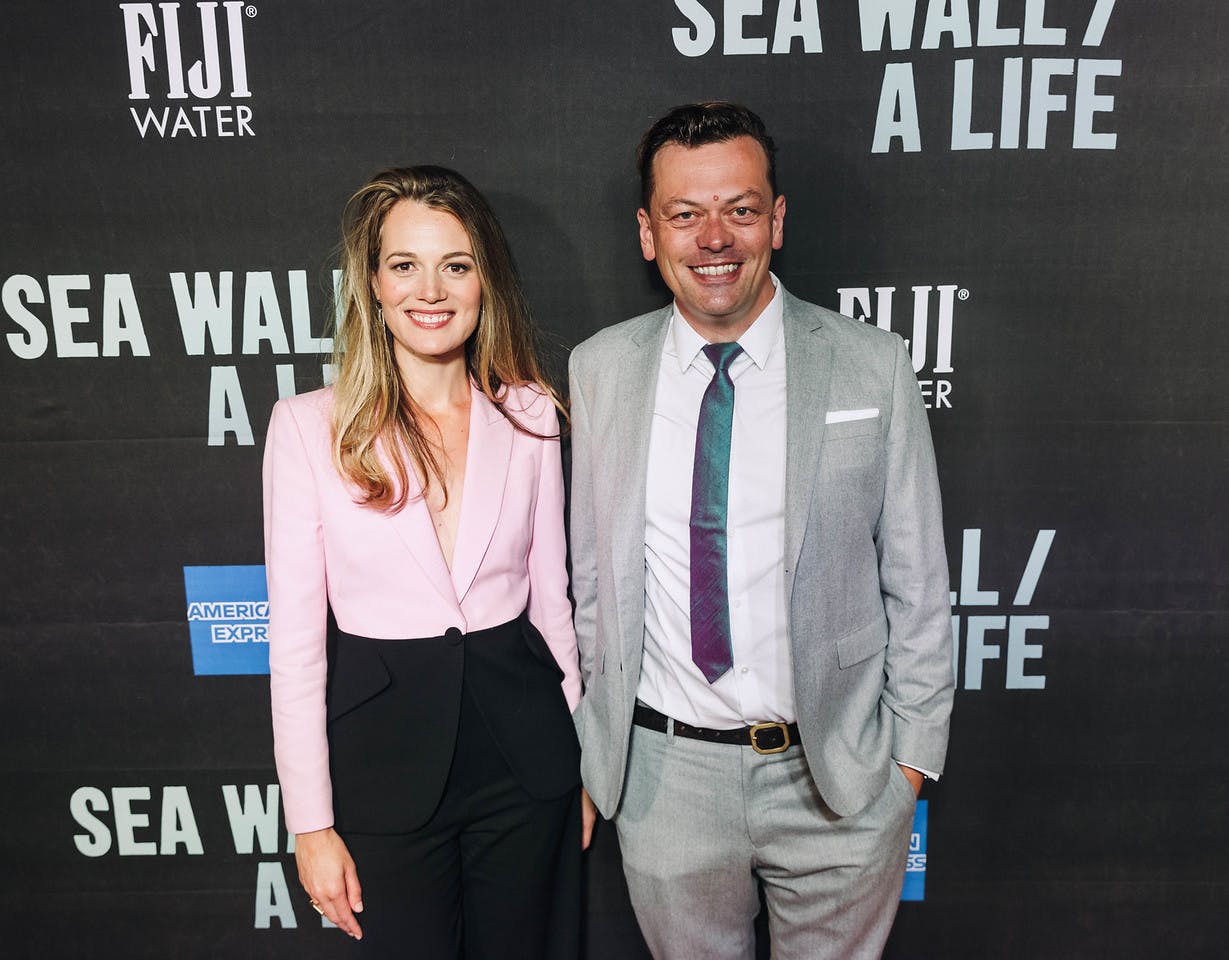 
4. What do you love most about your job and what is the biggest challenge?
I love everything about my job. I think I have the best job in the world. I love that I spend most of my adult life dreaming stuff up, imagining things, reminding myself to be weirder, more playful, more empathetic, more humane. I love that I get to talk all day to very, very smart people. I love leading the room. I love watching the audience react to the work. I love being able to express versions of how I would like the world to be onstage.

It wasn’t always like that. In my twenties, I was very, very frightened of the process of directing and was often physically sick before I went to rehearsals. But as I’ve got older, I’ve learnt that that level of fear is profoundly uncreative for me, and makes the room tight and anxious. I’ve learnt that when I experience joy in my work, other people are allowed to flourish and lose their inhibitions, which is where the real magic happens. The biggest challenge for me is about the tension between making the kind of work I want to make and being a good parent. But it’s a pretty stimulating challenge to have. 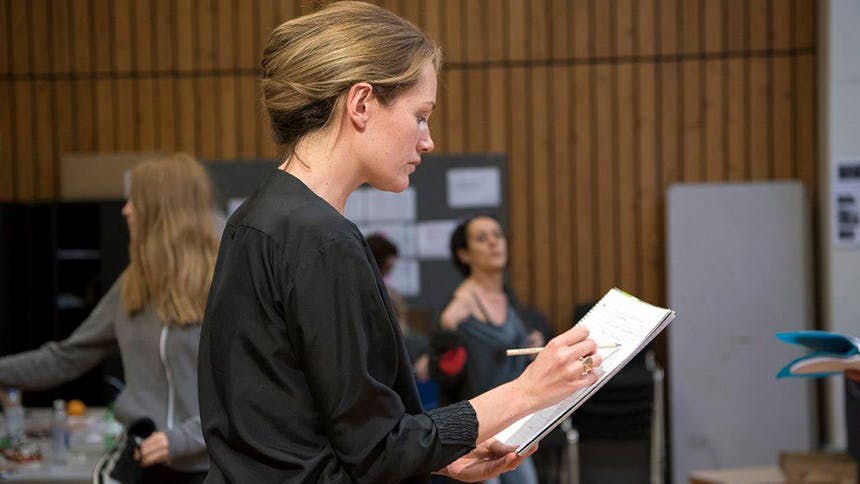 Photo by Richard Hubert Smith for the National Theatre


5. Sea Wall/A Life devastated me. Can you tell me about an experience in the theatre that rocked your world or left you devastated as an audience member?
I didn’t see that much theatre growing up, and so I remember when I first moved to London I saw Iphigenia directed by Katie Mitchell at the National Theatre. It completely floored me. About five minutes into the show, I knew I had to train with her. The intensity and the depth and scale of the imagined world she had evoked made me feel as though I had been transported into someone else’s dream landscape. I was breathless as I left. It took me a long time to recover. 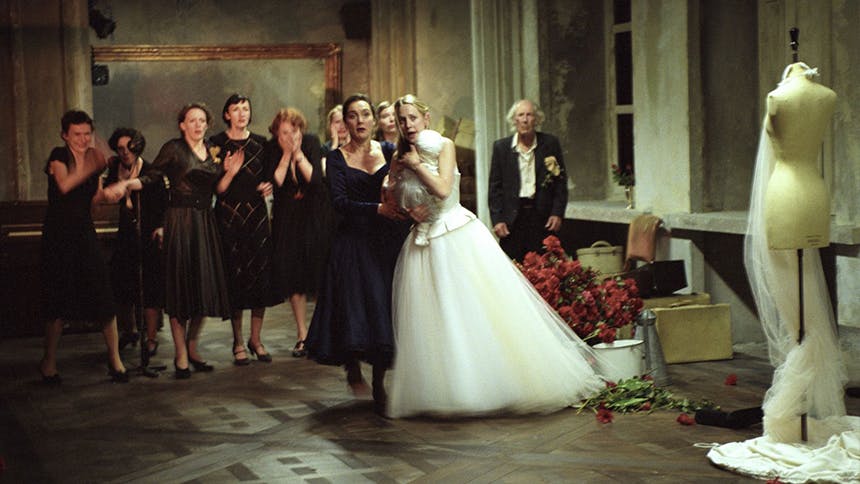 
6. What is something you know now that you wish you knew when you first began as co-Artistic Director of the Gate Theatre at age 26?
To trust my instincts more because they were literally all I had. And to know that suffering does not have to be an essential ingredient in making great work. Directing is not an illness that requires you to inflict pain on yourself and others.

Meet Carrie Cracknell. Theatre Director. Her production of Rattigan’s The Deep Blue Sea at the National was major, just like her. Mother of three. Carrie:You are PROPER #intodust #intodustwomen #proper #carriecracknell


7. You’re working on your first feature film, what excites most about that medium?
The scale, the infinite visual possibilities, the intimacy of the camera to see into the inner worlds of the actors. Everything about film excites me.