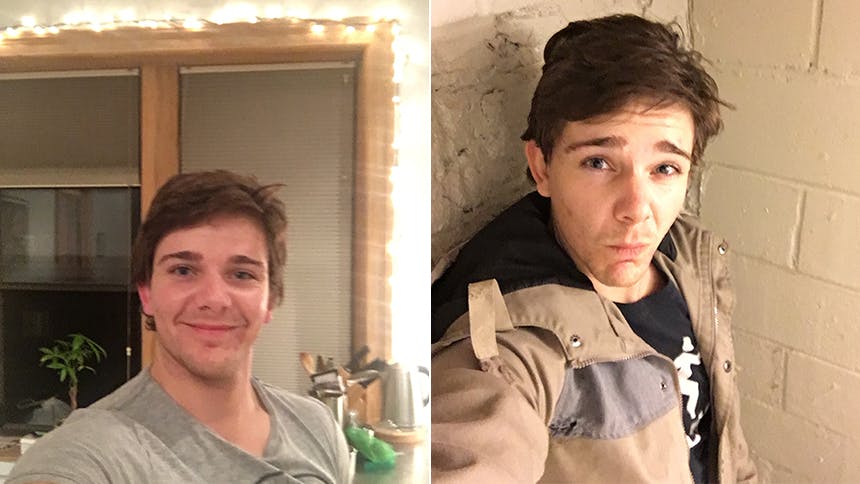 . Set during a summer's night in 2003, Jonah (age 26) and Otto (age 57)—two men different in every way—come together in a mysterious walled garden on the south coast of England and share stories of love and loss.


Below, BroadwayBox gets to know Rupert better as we talk Jonah and Otto, being a child actor, and the perfect way to spend a sunny afternoon in London..

1. One pre-show ritual my co-star Sean Gormley and I share:
Sean and I share a keen love of cooking, so every day we discuss the previous night’s dinner and swap recipes in the dressing room. It was my birthday last week and he bought me a cookbook. Maybe he was just implying that I needed the help (I don’t, I swear!).

2. The thing that surprised me most about performing in a two-hander:
Listening is always important in acting, but when you’re up there with just one other person, it becomes just as important as speaking your own lines. You take on the responsibility for every line on the piece together. Another thing is that you have so much more freedom to move in a two-hander. The more people on the stage, the more restricted you are.

3. For me, the most personal part of Jonah and Otto is:
Jonah’s struggle to believe in himself, which becomes apparent throughout the play. He finds it very difficult to hear nice things about himself, and that’s something that hits close to home for me. I also find the language of the play makes me very nostalgic for home, as these are very English phrases being spoken. It’s a pleasure to get to deliver these lines on a New York stage.

5. The UK stage credit I’d love to do again in NYC:
It would have to be A Thousand Stars Explode in the Sky, which I was in at the Lyric Hammersmith. The play was a collaboration between three heavyweights of British theatre: Simon Stephens, David Eldridge and Robert Holman, who wrote Jonah and Otto. There is no playwright whose work I enjoy performing more than Robert Holman’s, so if I could follow up Jonah and Otto with another of his pieces that would be ideal!

6. The hardest thing about leaving London for New York was:
Real ale, the BBC, and Fulham FC. Oh wait, and my family and friends. But mostly the beer, TV and football.

7. A cool, lesser-known London spot that people should check out:
A walk down by the river in Hammersmith can’t really be beaten. Stroll along the side of the Thames, popping into some of the pubs by the water and make your way to the park. No better way to spend a sunny afternoon.

8. A movie I love so much I know every single word:
I have a couple. The first is The Departed. Martin Scorsese is one of my favourite directors, and just continues to make amazing work after so many decades. The other is Sideways, which I find to be an incredible example of a film that is both utterly hilarious and heartbreakingly human all at once.

9. Advice I’d give to child actors:
Do it for the right reasons. Don’t do it because you think you might make a lot of money or be a star, and never take it too seriously. Remember always to enjoy it. It’s called a play for a reason!

10. A role on my Broadway bucket list:
One role springs to mind, although it would likely be off-Broadway—Donnie in William Inge’s Natural Affection. If you don’t know the play, seek it out. It’s dark and beautiful and sad and funny and weird. Beyond that, I’d love to do something by Harold Pinter or Sam Shepard—maybe Eddie in Fool For Love.

Get over to off-Broadway's Lion Theatre before February 25 to see Rupert Simonian in 'Jonah and Otto'.