12 Plays & Musicals For Valentine’s Day (That You Can Buy a Discount Ticket For!) 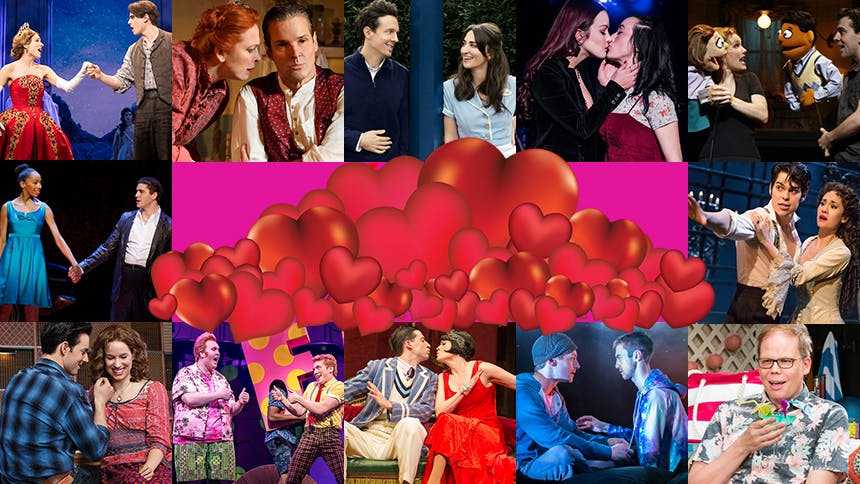 Valentine’s Day is less than two weeks away and you need a plan—no prob, we’ve got you covered! Here are a dozen shows perfect for any couple this V-Day.

, a big, lush, romantic stage musical based on the beloved animated film. This one will have you grinning from ear to ear. The other choice is off-Broadway’s Cruel Intentions, a sexy, funny musical that infuses the cult film about badly behaved teens in NYC and their sexual escapades with ‘90s pop classics that will have you lip-syncing in your seat.


For the Couple Who Loves to Laugh


If your favorite couple activity is watching comedies on Hulu or Netflix, venture out to The Play That Goes Wrong


Looking for a more traditional Valentine’s date? Head over to Broadway’s longest-running musical The Phantom of the Opera

, nothing says love like holding the hand of your Valentine while Rodney Ingram and Ali Ewoldt sing “All I Ask of You”.

is Baby Boomer Catnip—they can’t get enough! Relive the songs of your youth in a splashy, fun musical that takes audiences through the incredible music and artists of the ‘60s and ‘70s.

. For Italian Belmont Avenue wise guy Calogero and African American Webster Avenue beauty Jane, it seems like their entire world is hell bent on keeping them apart, but they don’t care—their love is worth it.

A Couple of Theatre Nerds


Do you have a framed theatre poster, show program or vinyl cast album in your home? Then perhaps your ideal Valentine’s Day is spent downtown at Sweeney Todd

—the production is so good it’s an aphrodisiac for Sondheim fans. This is a unique way to spend February 14.

Finding Time for the Affair


If you manage to maneuver time with the side piece this V-day, why not go big with a low-key public outing at Waitress

or Afterglow. The musical Waitress features a love story between married pie maker Jenna and her married OGBYN Dr. Pomatter that really fleshes out how sometimes you find the right person at the wrong time. In Afterglow, a married gay couple in an open relationship finds themselves at a cross-roads when lines get blurred and feelings get too intense.


Like Carrie Bradshaw in season two episode four, you are single and fabulous, exclamation point. Take yourself out or call up some of your best single friends and go turn up at the hilarious comedy Bright Colors and Bold Patterns

(a solo show about the funniest, slightly bitter single person at a wedding) or at the incredibly joyful SpongeBob SquarePants—a musical with no romantic subplot that will just make you smile and dance in your seat for hours.