The Divas Have Arrived! Seven Moments We LIVED for from the Queens of the B’way Season 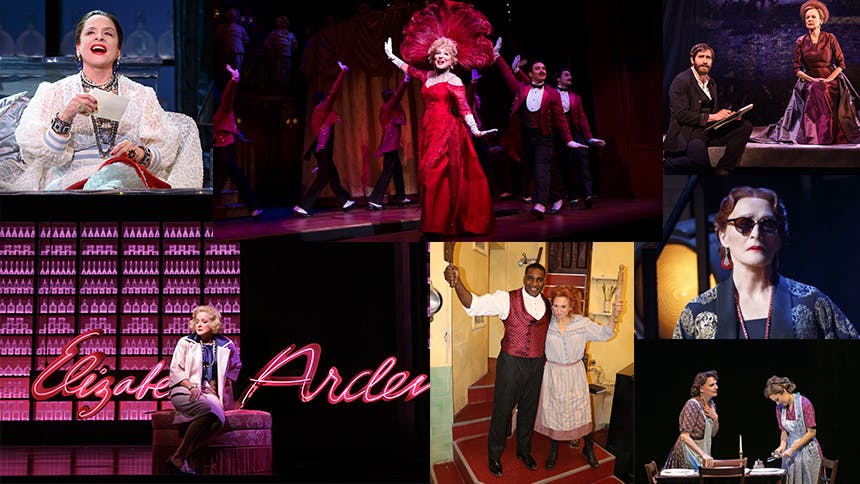 Those who worship at the altar of the Broadway diva (ya know, in the sense of a true queen or titaness of the stage) are living their best lives this season. The ladies are here in full force—the names of Tony winners, Oscar nominees, and Grammy winners grace the musical marquees of Times Square. Fans refer to them only on a first name basis as they enthusiastically (...or sometimes shadily) discuss their performances. It takes an icon to truly slay the audience below the carpet, and these are the moments that the ladies of 2017 remind New York, no one can do it like they can.


Bette Midler makes a meal of every moment onstage in this first-class revival of Hello, Dolly!, but when she comes down those stairs, it is a theatrical event people will talk about for years to come. At one moment before the dance break, she picks up her skirt and smiles to the audience, as if to say, "Are you ready for this now?" #MakingBroadwayHerstory


If I die during the run of War Paint, just scatter my ashes during this scene. It is next level LuPone. It's a culmination of a unparalleled career—it's Eva on the bed before "New Argentina", it's headstrong Rose barking orders in Gypsy, and Lucia looking back on her life in Women on the Verge. She is acting from head to toe. But also, her 11 o'clock number "Forever Beautiful" def. deserved a mid-song, open-air praise hand.


If you loved Christine Ebersole's big, emotional Grey Gardens numbers, you're going to become obsessed with "Pink". I feel like it's a song I will listen to time and again, learn every word, and perform in the car and the shower endlessly. Her emotional arc and her voice are flawless, as in without a single flaw.

Ok, the "As If We Never Said Goodbye" moment is just as fantastic as you'd expect, but when a desperate, insane Norma Desmond calls Joe Gillis' side piece Betty to spill the tea, I could have done a back flip. It is so incredibly well-acted, it almost slaps you with how raw and wonderful it is.


Gosh, it's hard not to get emo as the two-time Tony nominee performs Sondheim's moving solo "Beautiful". It's such a master class on restraint.

I cried my eyes at Bandstand, but damn if Beth Leavel didn't have me LOL as Laura Osnes' mom, June Adams. The Tony-winning musical comedy star just landed joke after joke in a very short scene. The night I was there she got exit applause....twice.


Fans rejoiced when word came that she would step into the role of Mrs. Lovett off-Broadway, and this Tony nominee does not disappoint. She is bringing the vocals big time, and to hear that voice, that close, unmiced is just beyond.

Sunday in the Park With George
Best Priced Tickets