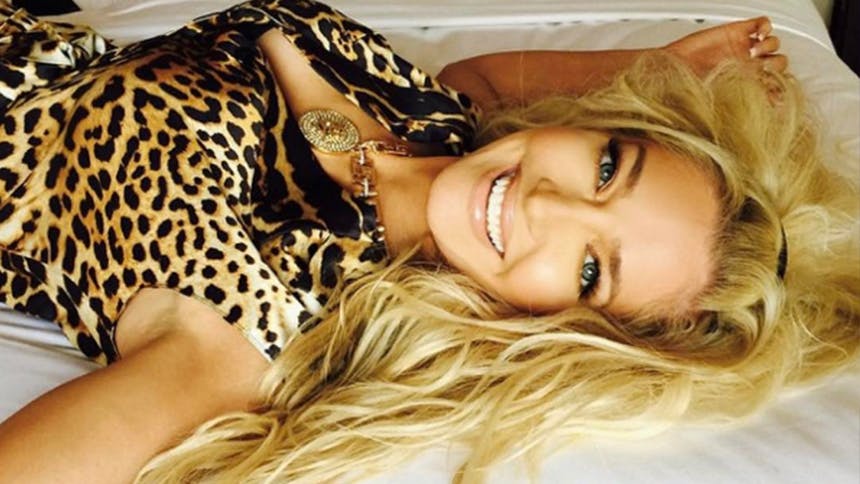 For those Broadway fans not in the know, Erika Jayne is the breakout star of Bravo's The Real Housewives of Beverly Hills, she's been named one of Billboard's 100 Greatest Dance Club Artists of All Time, and she just recently finished up a gig as a contestant on another hit reality show, Dancing with the Stars.


Now that Erika is no longer hoofing it on ABC, BBox thinks her next step should be Broadway in the starring role of Roxie Hart in the long-running musical Chicago

The Lady's Got Talent


Erika made her bones as a singer. She's not some reality TV star who is going to go onstage without being able to deliver the goods. She went to a performing arts high school; she is a trained dancer; and she's acted in scripted television, including The Young and the Restless. Her as Roxie doesn't feel like a gimmick, it feels like a great fit.

Her Fan Base Would Show Up in Full Force

As the Ellen DeGeneres and Kelly Ripa say in the clips below, people get excited to be around Erika. She performs in clubs all over the world to massive crowds. But it's beyond Erika' huge gay following (who would undoubtedly all make the sacred pilgrimage to Broadway's Ambassador Theatre to see her debut), women of all ages also like and admire Erika. She shows people that beauty and confidence have no age. You never have to stop following your dream and feeling fabulous.

Roxie Hart isn't selling cookies and neither is Erika Jayne. To give a breakout performance as the killer chorus girl, you need strength. A great Roxie is a star in the truest sense of the word. She owns the space, so much so even badass women like Velma and Mama Morton have to take notice. Just imagine what Erika could do with the number "Roxie"—surrounded by dancing boys, living her entire life, throwing in a "pat the puss". The audience loves her, and she loves them, and they love her for loving them, and she love them for loving her...

Her Popularity Only Continues to Grow


Let's not act like Chicago doesn't love a flashy headliner and few sparkle like Erika. Thanks to a few seasons on the popular Bravo series RHOBH and now DWTS, more people know who Erika Jayne is now than ever before. She's a Roxie whose star is rising. In addition to Ellen, she's also appeared on Live With Kelly!, The Real, Entertainment Tonight, Nightline, Extra, and of course Andy Cohen's own WWHL. Erika Jayne would more than a marquee headliner for Chicago, she'd be a brand ambassador.