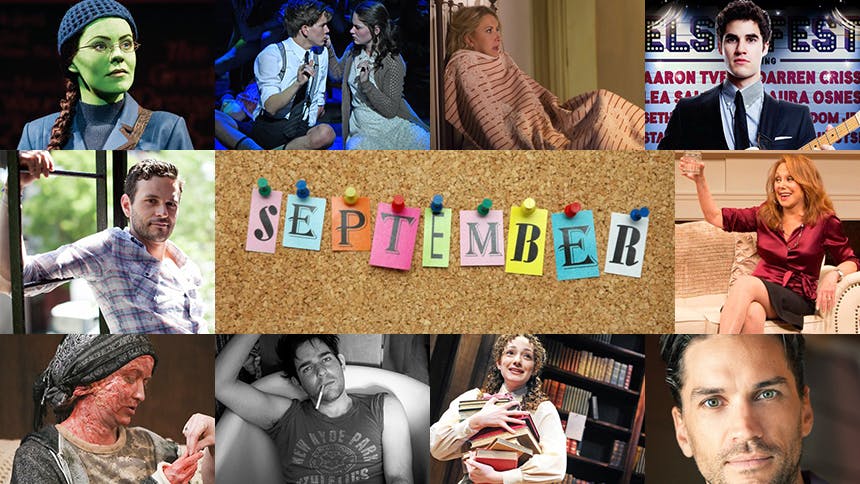 
But don’t sleep the month away ‘cause some really fun and cool stuff is happening around New York City in September, and Bbox is breaking down 10 of those can’t-miss events.

1. The Tony-winning musical Spring Awakening is back on B’way with an all-new production, a hot young cast and the added element of ASL—which no doubt will emotionally wreck you all the more. Previews begin September 8 at the Brooks Atkinson Theatre.


2. If Tony winner Nina Arianda is on stage, you go. She’s a captivating performer who brings pure electricity to anything she’s in—truly a singular talent. This month she begins previews in MTC’s revival of Sam Shepard’s explosive drama Fool for Love

. Don’t miss her, along with Sam Rockwell, at the Samuel J. Friedman Theatre beginning Sept. 15. 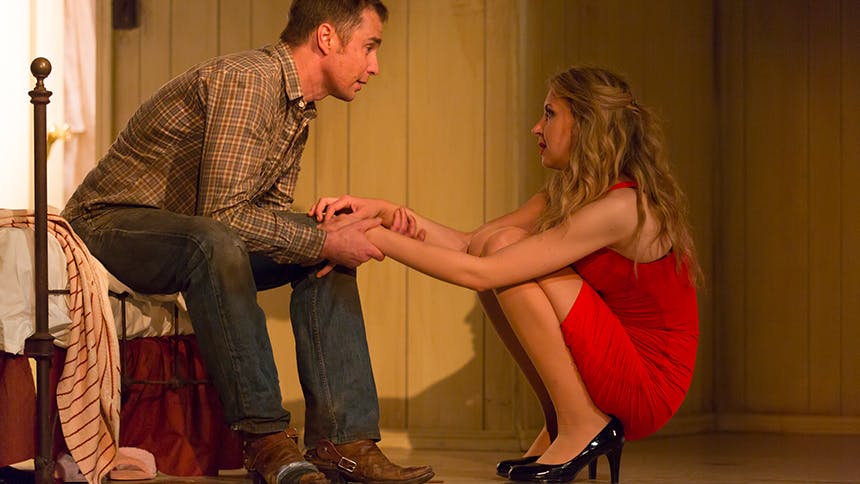 
3. Ever since I became obsessed with Rachel Tucker in The Last Ship, the hope was always that Broadway audiences would see (and hear) her Elphaba. Well praise Oz because it's happening. The West End star takes over in Wicked beginning September 15.


4. Emmy, Grammy and Golden Globe winner Marlo Thomas stars as a mother on a mission to find the truth in Joe DiPietro’s latest comedy, Clever Little Lies. Sounds like it has all the makings for a delicious night out…maybe even with mom. Previews begin September 18 at the Westside Theatre.

5. Lindsey Ferrentino's new play Ugly Lies the Bone sounds absolutely fascinating. It stars Mamie Gummer as an Afghanistan vet who returns to her hometown in Florida with horrible and painful burns throughout her body. The only way she finds relief and joy is through virtual reality video game therapy. Just check out this photo from a previous production. Previews begin September 10 at the The Harold & Miriam Steinberg Center for Theatre. 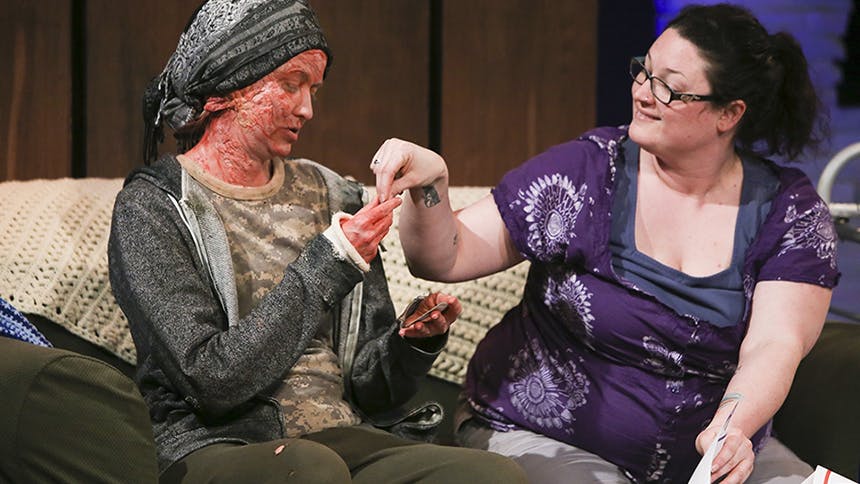 6. Matthew-Lee Erlbach has a new off-Broadway play premiering in September called Sex of the Baby, and it’s about a NYC couple searching for a surrogate. His last play Handbook For An American Revolutionary was so good that it’s well worth checking out the latest one. Performances begin September 9 at the Access Theater Gallery Space.

7. Forget December 25, September 27 is Christmas Day for theatre geeks this year. That Sunday is the 29th annual Broadway Flea Market from 10 AM to 7 PM at Shubert Alley (look for our table!); that day is also the first ever Elsie Fest at Pier 97, Darren Criss’ outdoor music festival for B’way fans. Think Coachella but with Aaron Tveit, Laura Osnes and Lea Salogna. We’ll leave you with this clip of the Bbox team last year at the Broadway Flea Market.

, a Cinderella tale of one smart young lady and her mysterious benefactor. It’s one of those lush, romantic costume musicals that will make you "aw" and then cry; also it has Paul Nolan singing, so that’s worth the price of admission right there.

9. By now, we’ve all seen and died over The Danish Girl trailer with Eddie Redmayne but what about seeing that same story live? Wayne Wilcox (Gilmore Girls, Chaplin, Rent) stars as Lili Elbe in the world premiere play Sommerfugl