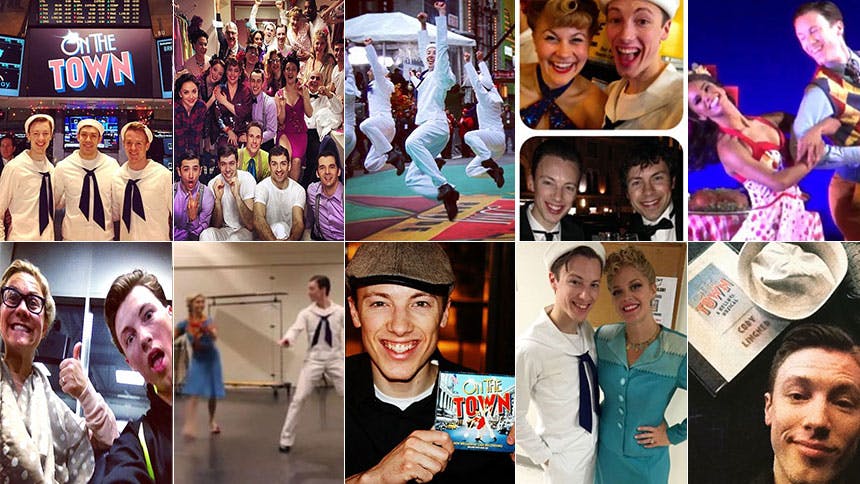 It's pretty cool work being a Broadway understudy in a popular musical—just ask Cory Lingner, who made his big debut as one of the sailors in the Tony-nominated musical On the Town. He's gone on for lead sailors Chip and Ozzie and he's appeared and performed at press events throughout New York City. As the revival heads into its final weekend of performances, Lingner shares with us his 10 favorite Instagram photos from On the Town's year on Broadway.

Eloise Kropp and I sitting at the St. Louis Airport at 6AM after performing in Hello Dolly at the MUNY and ready to board our flight back to NYC to start rehearsals for our first Broadway show! 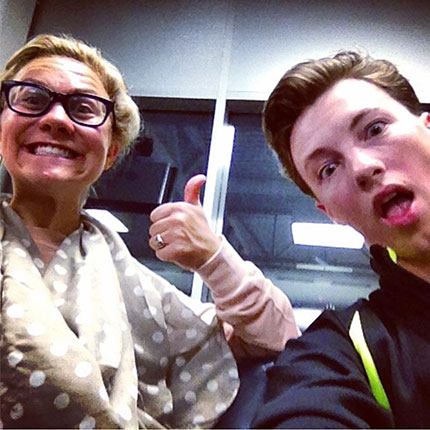 Bell kickin' at the Macy's Thanksgiving Day Parade with my fellow OTT sailors! What an unforgettable experience that was. 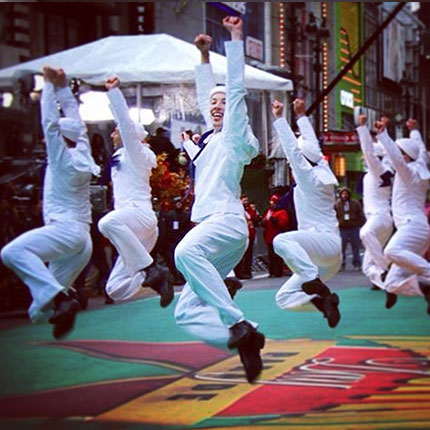 Got the privilege of doing many press events for our show. Ringing the bell to start the last trading day for the year 2014 at the NY Stock Exchange was definitely one of my favorites. Me with fellow understudies Brandon Leffler and Mikey Winslow. 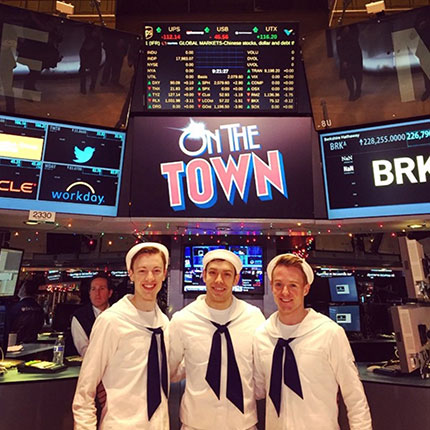 This was from our cast album listening party at Urbo. Still can't believe I'm on a Broadway cast album! This Bernstein score never gets old and happy to share it with new generations. 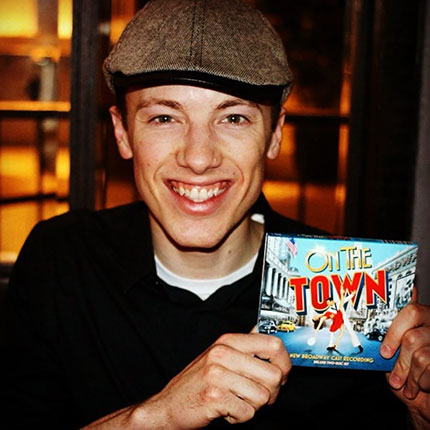 Warming up for one of the many understudy rehearsals I had throughout the run of our show. Grateful I got the opportunity to go on as both Chip and Ozzie before we closed. 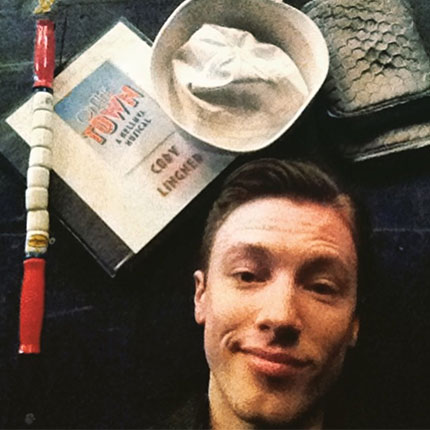 Company of On The Town celebrating our 200th performance since opening! WooHoo!! 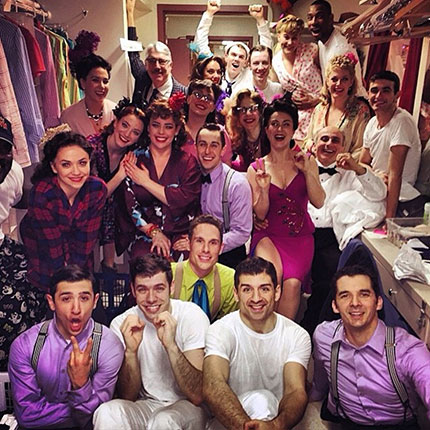 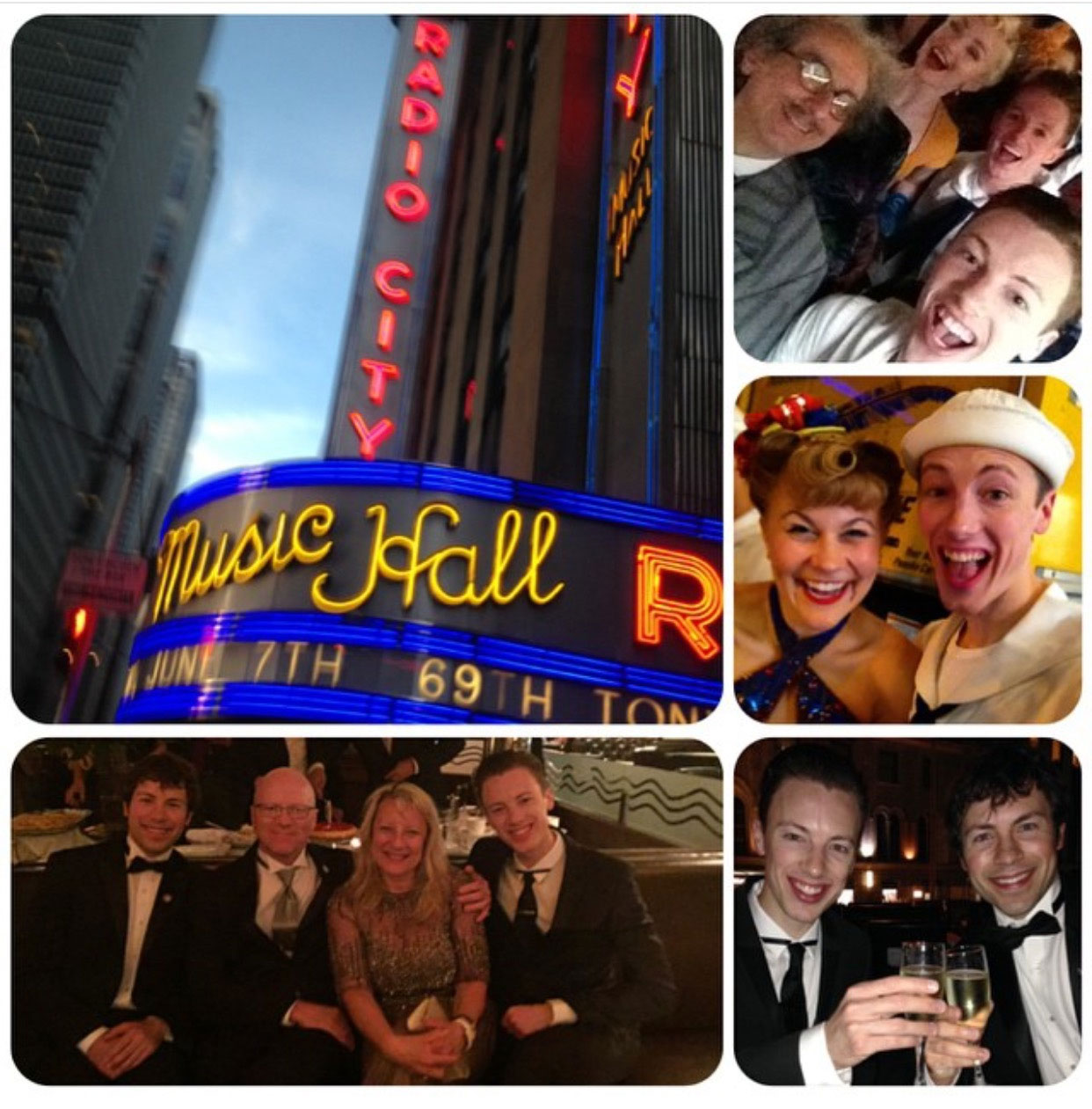 That one time when Eloise and I danced side by side with our idols Gene Kelly and Vera Ellen. Happy Birthday Gene!!! 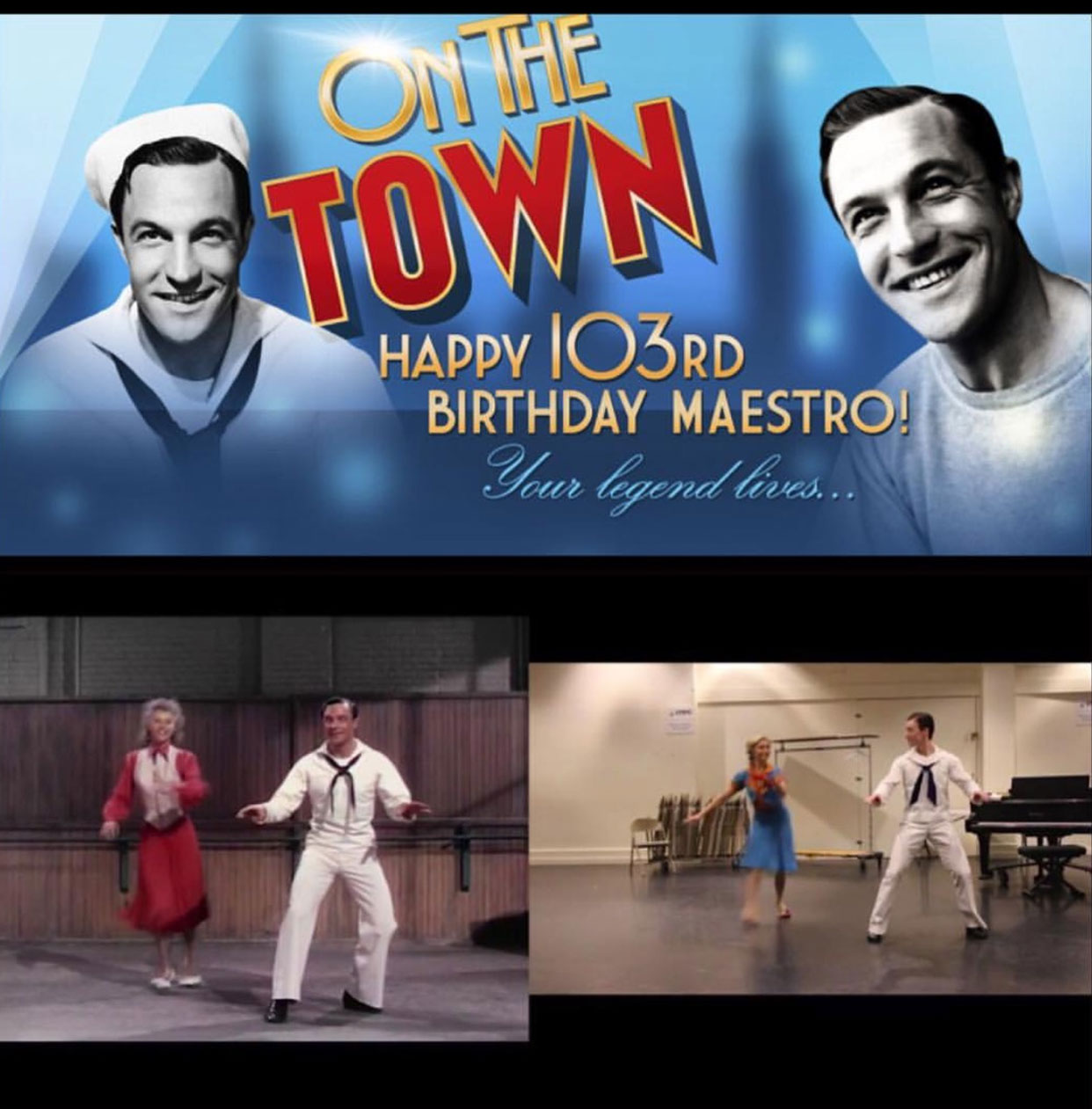 Dancing with history making ABT principal ballerina, Misty Copeland! What is my life?! 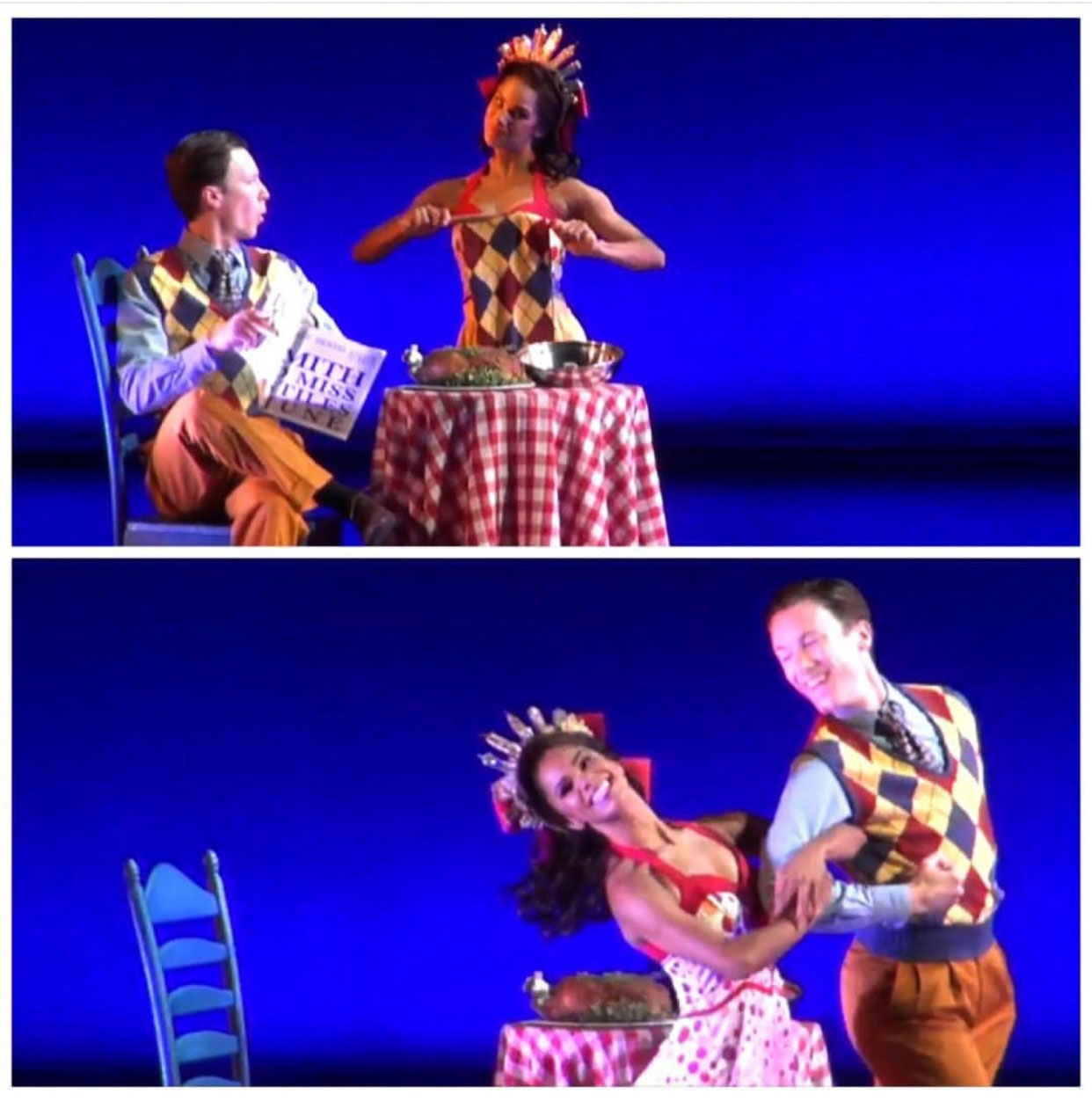 Love sharing this story. I played Gabey my senior year of college at the University of Oklahoma. Now after going as both Chip and Ozzie in the Broadway production... I can now say I've played all three sailors of On The Town! How crazy is that?! 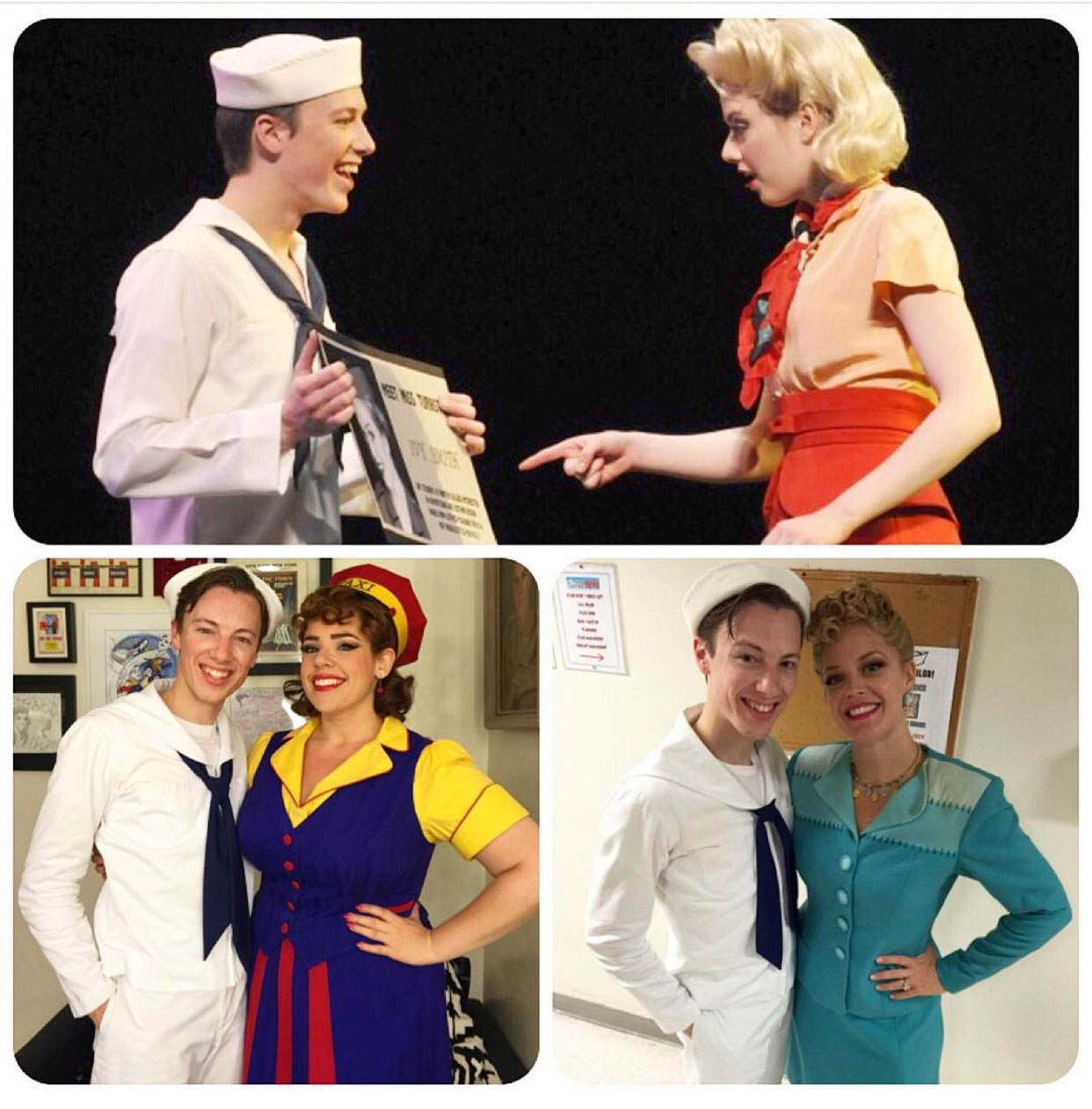 You seriously only have until September 6 to see the glorious, Tony-nominated revival of On the Town, so hurry over to the Lyric Theatre.

On the Town
Best Priced Tickets
Newer
The Shows That Got Away: 10 Musicals The Ensemblist Wish They Saw at the St. James Theatre
Older
What Would Dolly Parton Say About Hand to God's Jolene?
Sign up for BroadwayBox Discount Alerts