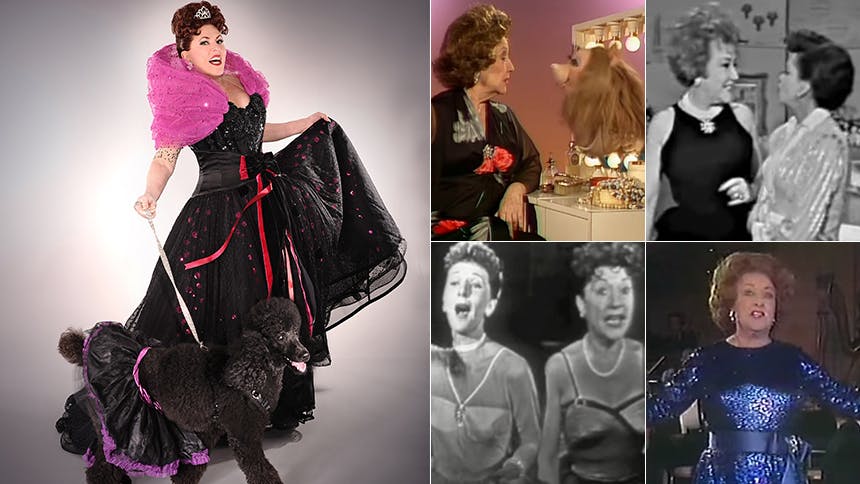 Ruthless! star Rita McKenzie brings her award-winning one-person-show Ethel Merman’s Broadway to Feinstein’s/54 Below for a one-night-only performance on October 27 benefiting Broadway Cares/Equity Fights AIDS. Having the distinction of being the country’s longest-running one-woman-musical, Ethel Merman’s Broadway is a 16-song love letter to the Queen of Broadway’s Golden Age.


"I started out not liking [Ethel Merman] when I was a kid. I thought she was too loud. I wanted to be Julie Andrews, that's why I came into the theatre, but the more that I sang and the more I appeared on stage as a young person, people kept telling me that I have the essence of her. Rita Gardner at HB Studios told me, ‘If Merman ever dies, you’re it.’ (She wasn’t dead yet, you know.) Fast forward to 1987—she died in 1984—my very good friend suggested we do a tribute to Ethel Merman. And I said, ‘Aw, gee. No.' I felt she was too one of a kind and I couldn't do justice to it. And I didn’t want to just be loud and brassy. I thought there must be more to this so I went to Lincoln Center Library and I went through everything I could on her and I realized she was a wonderful mother to her children and wonderful daughter to her parents. I thought, ‘My goodness, I have two little kids; I can identify with that.’ Then I read about her marriages and got to know her a little bit more personally and I really felt for her. This career she had was bigger than anything and she was just this working woman with a family. Then we wrote the show and did it at Don’t Tell Mama, and I remember the first time I did it I was so nervous I never took a breathe the entire time. And then it just became one of those things—we thought we’d do six shows and that’s the end of it. We never knew we had anything, but now I love doing her; it’s the greatest joy. Being Ethel is a privilege at this point in my life and I never dreamed it would be 25+ years of doing this show."—Rita McKenzie

To get us in the full Merman mood, Rita McKenzie shares with us a countdown of her five all-time-favorite YouTube videos of the Merm in all her big, brassy glory.

4. Ethel at the Waldorf


The latter day Ethel still belting ‘em out. There just was no one like her. A true force of nature.


Ethel had a warm side and this video shows it. She said it was one of the happiest jobs she ever had. Miss Piggy liked it too.


I love the snappy side of Ethel shown in this clip from The Judy Garland Show. She just happened to be in the studio next door and thought she'd drop in! What a gal!


This is the classic medley from "The Ford 50th Anniversary Show." Ethel in all her scene-stealing glory giving fellow stage icon Mary Martin a run for her money. Hysterical!