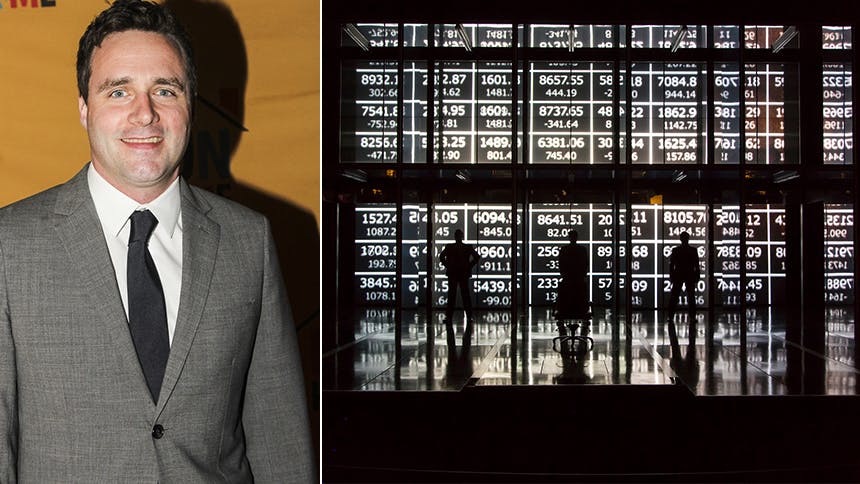 Celebrated lighting designer Ben Stanton has structured an entire world with lights (with a change of lights, John Lee Beatty's set goes from New York to LA to a steel mill in PA to offices around the country) in Lincoln Center Theater's new Wall Street drama Junk


Stanton received back-to-back Tony Award nominations in 2015 and 2016 for his work on the Tony-winning musical Fun Home and the Tony-nominated revival of Spring Awakening. He's designed well over a hundred theatrical productions on Broadway, off-Broadway, and across the US and Europe, including Six Degrees of Separation, Angels in America, Into the Woods, Murder Ballad and Fully Committed.

off-Broadway's "Angels in America", "Into the Woods", "The Legend of Georgia McBride" and "Murder Ballad"

BroadwayBox caught up with Ben to discuss going from jazz drummer to two-time Tony-nominated lighting designer, feeling connected to the work you're doing, and the collaborative process of Broadway's Junk.

1. How did you first start out on your path to lighting design? What do you consider your big break?
I had been studying music as an undergrad at UMass Amherst for several years and I was getting restless. I knew I wanted to work in the arts, but wasn’t sure that being a jazz drummer was going to sustain me professionally in the long run. I wanted to make a change, and my search led me to the theater department at UMass. There was a wonderful energy in the department and I quickly connected with an amazing lighting professor, named Penny Remsen, who became my mentor and changed my life. I learned so much from her and was able to build on that education in many subsequent internships and apprenticeships.

I’ve been given a lot of great opportunities in my career, and it’s hard to identify just one “big break.” I remember getting my first legit off-Broadway gig at the New York Theater Workshop and often credit them with giving me an amazing opportunity early in my career. But, I could also credit recording artist Sufjan Stevens for hiring me to design his Age of Adz tour and kicking off my concert lighting career; or director Sam Gold for hiring me to design Fun Home. I’ve always felt very fortunate in the diversity of my career. I’ve gotten to work with so many amazing people and each year is different than the one before.

2. What are three things someone who is serious about a career in lighting should know starting out?
I think it’s important to say that it’s a difficult career path. There is a lot of competition and it requires a high level of dedication and sacrifice that leaves little time for other priorities in one’s life. The hours are long and the pay is low at first, and working nights and weekends is a must. One also has to be comfortable not always knowing when the next job will come. This isn’t really a career for those who crave stability.

One of the positive things about pursuing a career in lighting design is that there are a lot of opportunities for apprenticeship. I have a lot of assistants that work with me and while the pay isn’t amazing, it’s a lot better than nothing. I paid my rent while working as an assistant for years before I got too busy designing to continue to work for others.

3. What’s your process like when you sign on for a project?
I usually read the script a few times before I sign on to a project to make sure the material speaks to me in some way. I would like to think I can design anything, and I think to some extent I can, but the truth is that I’ll do better work if I feel a connection to the piece and the people working on it. Once I’ve signed on, I try to bone-up on any source material that exists (like reading the graphic novel Fun Home for that project) so that I can contribute to the conversation that the writers, director, and designers will be having over the course of several months leading up to production. I’ll often do visual research, or find music or other sources of inspiration that relate to the design. And if I’m designing a period piece, I obviously need to research what type of artificial light sources existed at that time if any. Basically, I try to learn things that will make my work as specific as possible.

4. What was your biggest challenge in designing Junk and how did you overcome it?
Junk has nearly 40 scenes and almost as many disparate locations. The biggest challenge for the designers was to figure out how to articulate each location successfully and how to get from scene to scene as efficiently as possible. Of course, the answer to the latter has a huge impact on the former, and it became clear very early on that we had to create the look for each scene primarily using light, some video, and a minimum of additional scenery. John Lee Beatty’s set design was backed entirely in rear projection screen and I was able to use lighting to differentiate locations such as offices, bedrooms, federal buildings, parks, boardrooms, factories, and hallways.

Another challenge we had to overcome was that within this minimalistic approach, we found that it was difficult to differentiate between a finance office in LA and a finance office in NY for instance. So, when we learned that we were headed to Broadway, we turned to Ben Pearcy and 59 Productions to create a video design to help us solve this issue. He was able to add video elements to the transitions between scenes that added context for the audience. I loved working with Ben on this project and he added a lot. There were many scenes where we layered video and lighting in ways where you can’t tell which is which. It was an amazing team of designers and technicians who put this whole thing together. The Beaumont has an amazing crew and it was an honor to work there.