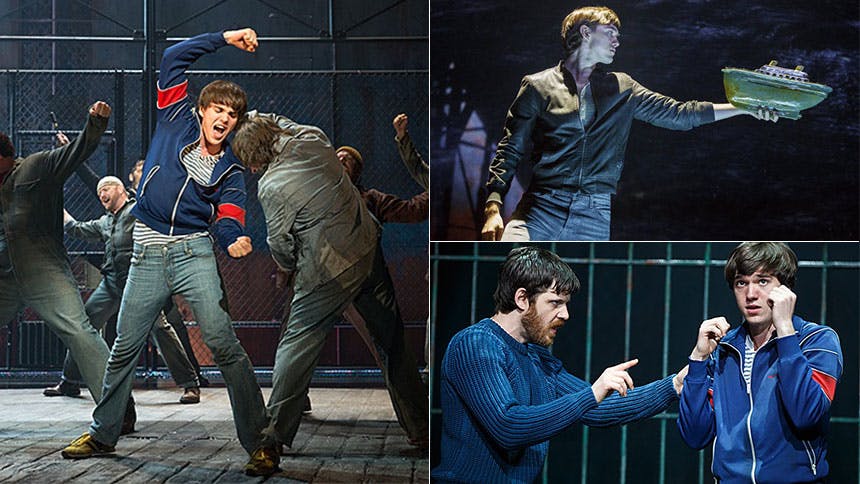 1. My most cherish memory from The Last Ship opening night:
I will always cherish the entire evening, but getting to share the night with my family and girlfriend was pretty spectacular. The fact that it was my girlfriend's birthday made it an even better evening.

2. Favorite Sting pop song to jam out to:
“Roxanne.” Music just doesn't get any better than that.

3. My signature dance move in real-life would be:
The "awkward kid in the corner dance" is usually my best move at parties.

5. If I could get on a ship to anywhere, I’d be heading to:
Well my great grandfather traveled to America from Greece when he was twelve years old. I've always wanted to see Greece to explore my roots in terms of family as well as theater. I would like to make the same trip as my great grandfather, but in reverse.

6. Favorite thing about growing up in the Garden State:
Bagels, Deli's, and that you can find anything you want in Jersey. If you want a shore line, we've got it; you want farmland, it's there; more wooded area, totally exists; cities, check. I love my state and I am damn proud to be from New Jersey.

7. The last TV show I binge-watched was:
I was recently binge watching Boardwalk Empire. I wanted to catch up for the new season.

8. An album I wore out growing up:
“By The Way” by The Red Hot Chili Peppers. I really loved that album when I was growing up and I listened to it almost every day.

9. The wallpaper on my cell phone is actually:
The view of the sunset looking over the Hudson River from my Juilliard dorm room.