An Outrageous & Creative Listicle Courtesy of The Gong Show 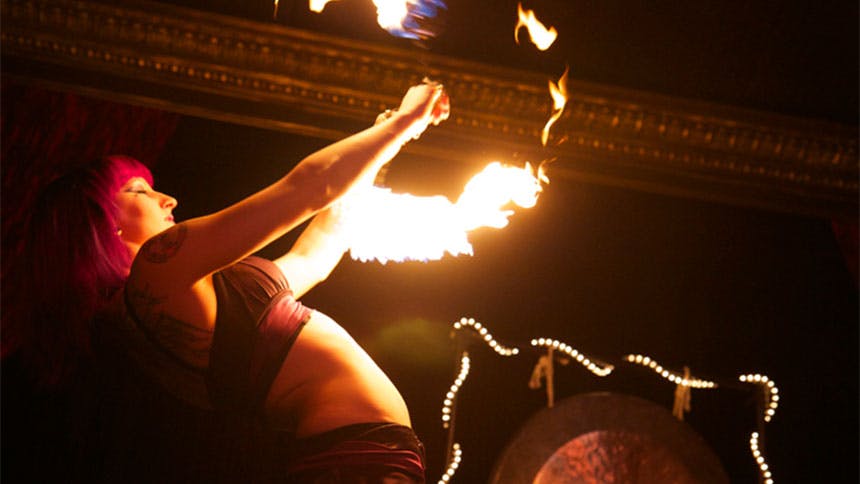 Clearly, the gang at BroadwayBox loves a good top 10 list, so when this one promoting the live performances of off-Broadway's The Gong Show came across our inbox, we couldn't help but smile. Hillary Clinton, wild women and a yodeling third grader are just some of the highlights promised. Who knows and who cares what's actually true.

1. The celebratory confetti at the finale curtain has been replaced with $100 bills. 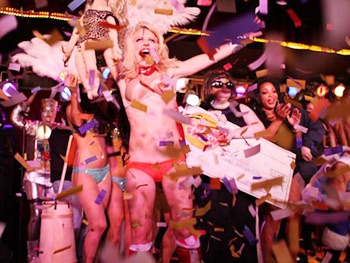 2. The third Grade yodeler the GONG TEAM discovered in the Austin, Texas auditions will make her first New York appearance.

3. Amazing Amy Harlib, the 80-year-old contortionist, has ordered a new Star Trek uniform and has rehearsed her new “triple pretzel twist” to death.

4. Sasha Gaulin, The Fire Gypsy, is meeting with the NYFD about lighting the proscenium arch on fire when she’s done choreographing her ignited hula hoops and the blazing torch she swallows so elegantly.

5. There are three busses arriving from Hazelton, Pennsylvania transporting wild women who took advantage of the Group Sales Discount and mean to make it worth the 133 mile trip.

6. Miss Sunshine Denet, fully intends to blow the roof of The Cutting Room with her other-worldly-rocked-out version of Ike and Tina Turner’s “Proud Mary.” That is if Sasha Gaulin hasn’t previously set it on fire.

7. There is an OPEN INVITATION to the entire newsroom at The Wall Street Journal to appear on stage avoiding the dreaded GONG while simultaneously making journalistic history.

10. The Band’s Groupies have agreed to purchase full-price tickets.

'The Gong Show Live' runs at The Cutting Room.