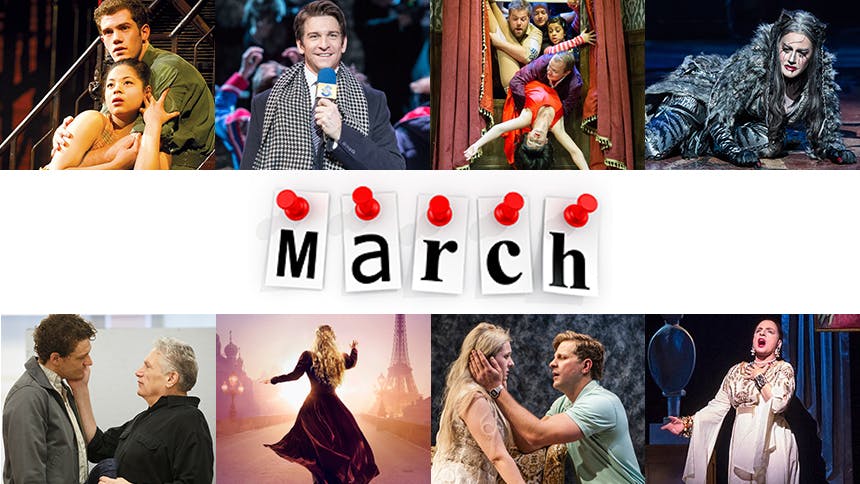 Clear the calendars because this is what you're doing in March 2017.

1. The hot thing right now on Broadway is small, stripped-down revivals, but sometimes more is more—and that’s the case with the first revival of Miss Saigon

. I saw it in London and it was beyond any expectation. Broadway is about to be blown away by the talents of Eva Noblezada (as Kim), Jon Jon Briones (as The Engineer), and Alistair Brammer (as Chris). Forget the helicopter, by the end of this production, you’ll be flying around the theatre.

2. Two-time Tony winners Patti LuPone and Christine Ebersole are back on Broadway together(!) as co-headliners of the original new musical War Paint

. The musical has theatre royalty singing their faces off on gorgeous David Korins sets, decked out in expensive Catherine Zuber furs and jewels, and reminding all of Broadway what becomes a legend most.

is her first musical appearance on Broadway since playing Tzeitel in Fiddler on the Roof in the ‘60s. So it’s kind of a big deal… And you just know director Jerry Zaks and choreographer Warren Carlyle are going to make this production (and that title number) the biggest event on Broadway.


4. TBH, the new musical I am most excited to see is the critically-acclaimed transfer of Groundhog Day

. I can’t say I’m a huge fan of the film, but I am a huge fan of the theatrical geniuses Andy Karl, Matthew Warchus, and Tim Minchin. Everything about it feels like this is the smart musical comedy adults have been waiting years for on Broadway.


5. People in their 30s are about to live out their entire lives when the animated film Anastasia

comes to life onstage in a sweeping, romantic musical adaptation. I’m already too jealous of Christy Altomare’s Anya—she sings like that, she’s royalty, and she has to make the tough choice between Derek Klena and Ramin Karimloo? Girl bye.

arrives on Broadway, promising a marriage of two things Americans love about British culture: Downtown Abbey and Monty Python. The hit farce comes complete with its acclaimed London cast. If you need a reason to laugh (and who doesn’t?!) this is the ticket for you.


7. If you could get a ticket to  Erica Schmidt’s disturbing and brilliant All the Fine Boys, go! The New Group premiere stars Abigail Breslin and Isabelle Fuhrman as 14-year-old girls discovering their sexuality in the late ‘80s, and it’s superb. Be warned though, it’s disturbing in a way that I spent an entire weekend thinking about it. 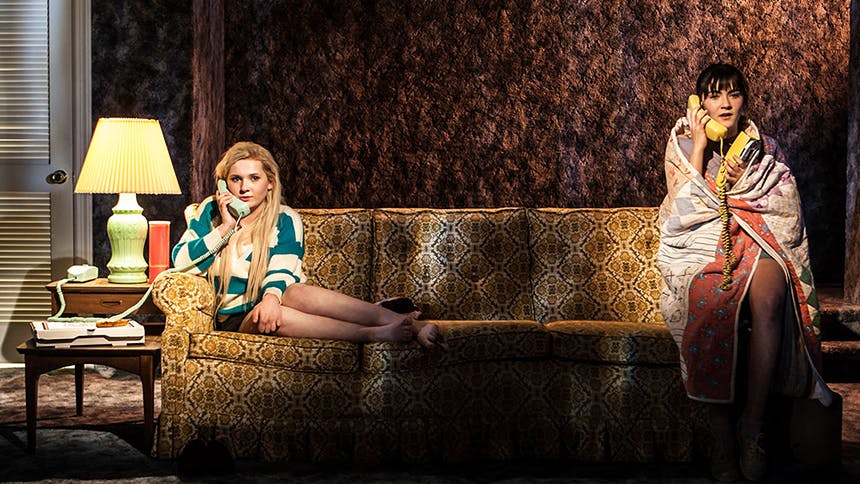 
8. The Public Theater is turning up the heat this month with three big off-Broadway hits. Since we spoke about Joan of Arc last month, let’s turn the spotlight on the two new premieres. First, the world premiere of the moving and funny love story Gently Down the Stream

(running through May 14) which stars Tony winners Harvey Fierstein and Gabriel Ebert, as well as rising star Christopher Sears. Then Emmy and Obie Award winner John Leguizamo returns to The Public with the New York premiere of his outrageous, hysterical, and educational new solo show Latin History for Morons (running through April 23). 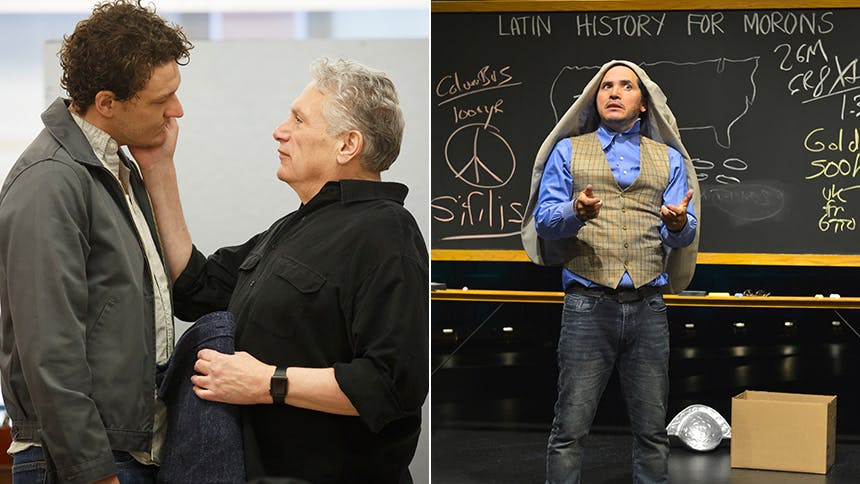 
9. Have you seen Cats yet? If not, get over to the Neil Simon Theatre to see Mamie Parris, Tyler Hanes, Ricky Ubeda, and more as they bring a spark to these iconic characters you have not seen before. Seriously, go, grab a double wine at the bar, and give in to the wonder of Cats on Broadway.

10. The New York Pops is always wonderful, but they are can’t-miss in March. This month, the orchestra (under the musical direction of Steven Reineke) returns to Carnegie Hall on March 10 for Life is a Cabaret: The Songs of Kander and Ebb

. The Pops are joined by Caissie Levy and Tony Yazbek—which means Caissie Levy’s huge voice is taking on Cabaret, The Rink, and Spider Woman, so I might not survive it. #Ghost

The Play That Goes Wrong
Discount up to 33%