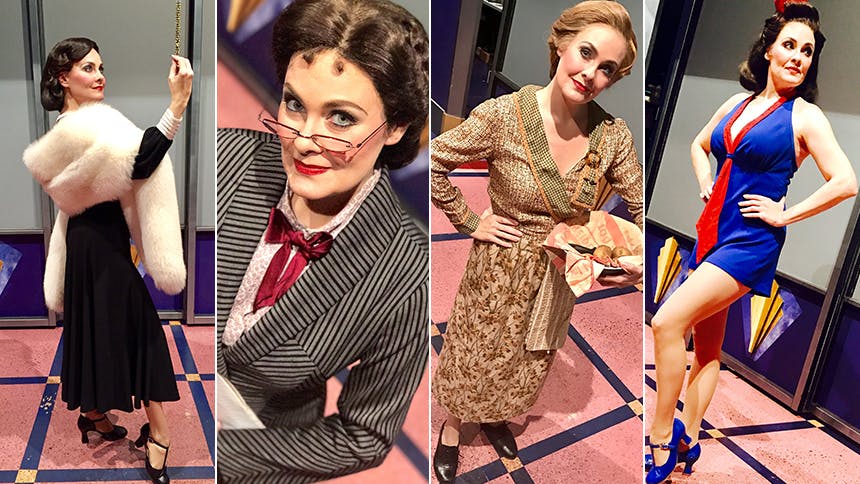 Comic genius Danette Holden appeared on Broadway as the original Fairy Godmother and Bluebird in Shrek and as understudy for Miss Hannigan in the most recent revival of Annie. Now, she's bringing major laughs to the long-running off-Broadway musical Cagney

in which she plays a variety of roles, most notably the scene-stealing studio secretary Jane.

Scroll on as Danette gives BroadwayBox a closer look at all the colorful characters she plays in Cagney and the secrets of their costumes. 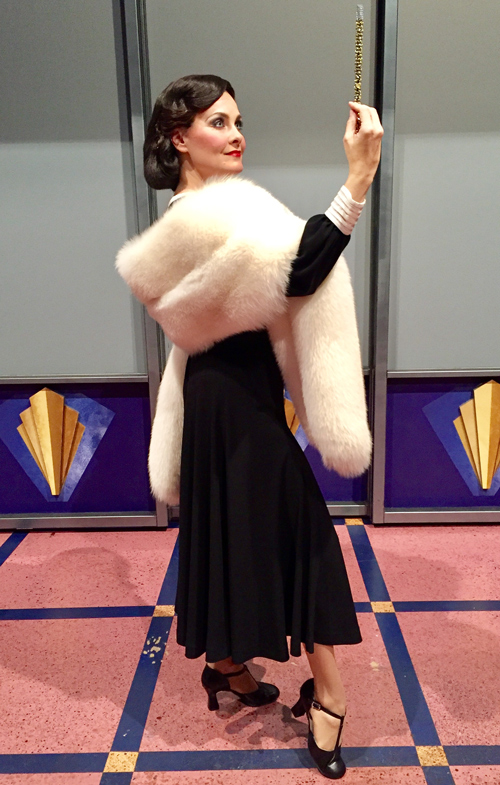 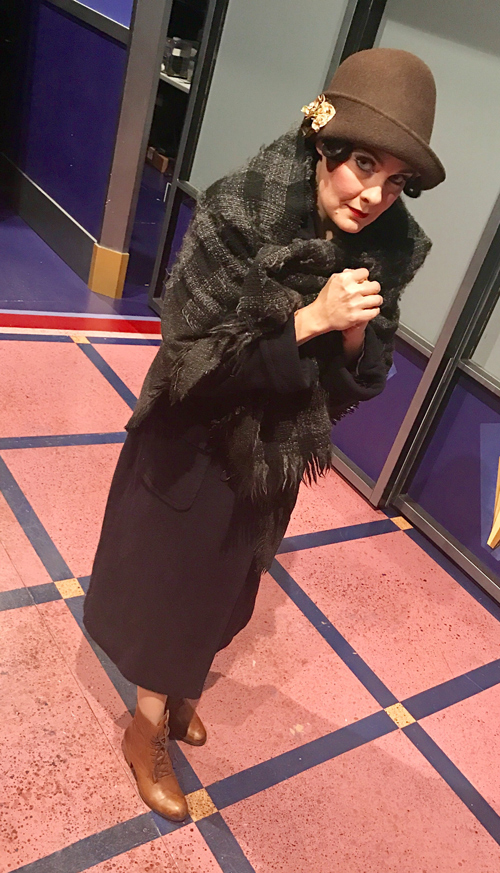 This is Carol Hudacheck. I think she's from Poland. She's cold but has on a full face of makeup! 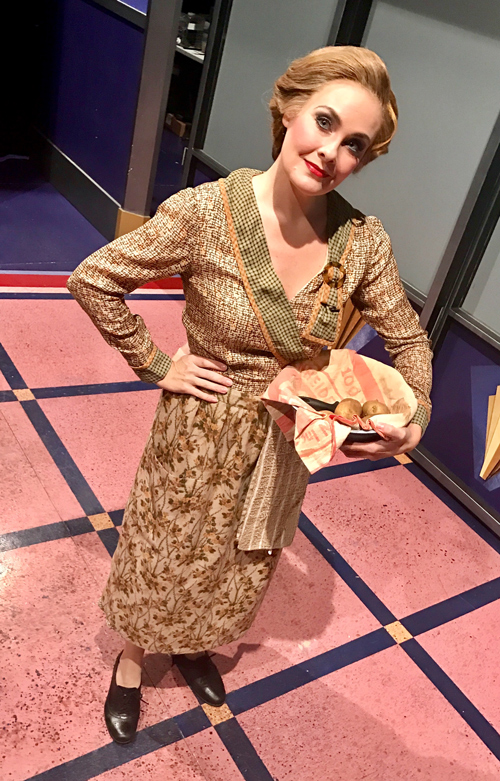 This is Ma Cagney. I love her so much. She is warm and funny and loves her kids! The costumes for her and the wig really help transform me into this lovely Irish mom. Plus, I LOVE being a redhead! 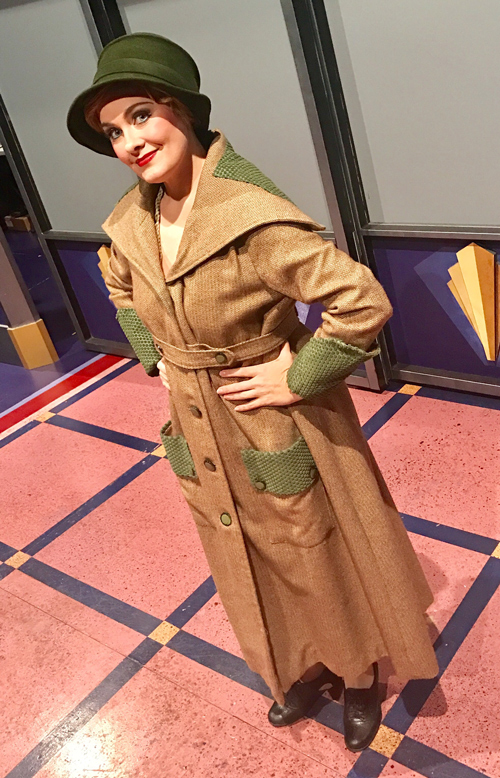 This is also Ma Cagney.....just in her beautiful coat and hat! 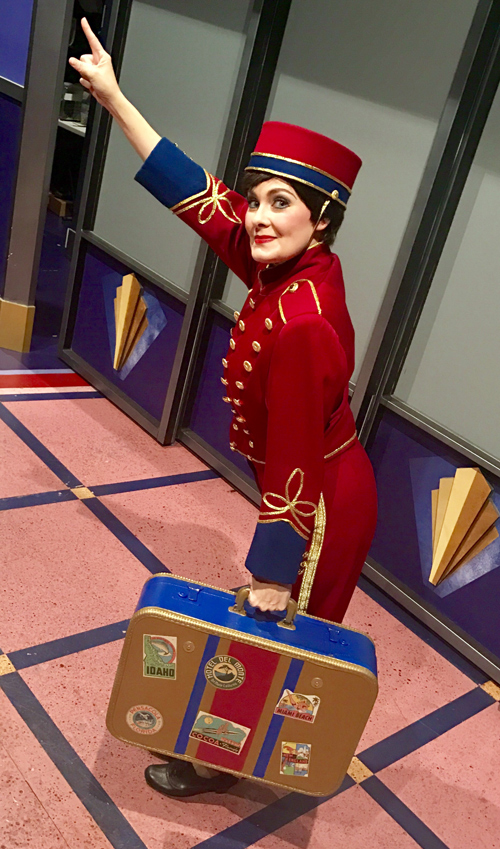 One of my favorite songs in the show. I'm playing a bellhop. You know, with red lips! 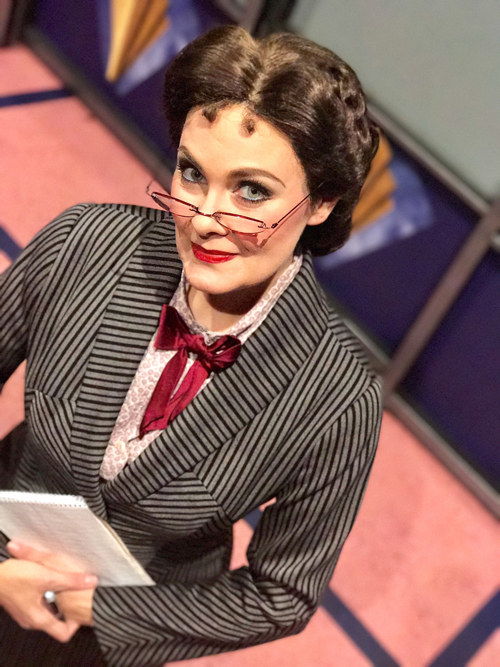 This is Jane. She is Jack Warner's secretary and she is my favorite character. I asked for the glasses. I love props and wigs and anything that transforms me into a character.  I change into this costume sometimes in three lines. It literally rips open straight down the front of the jacket! All hail the quick rigged costume. 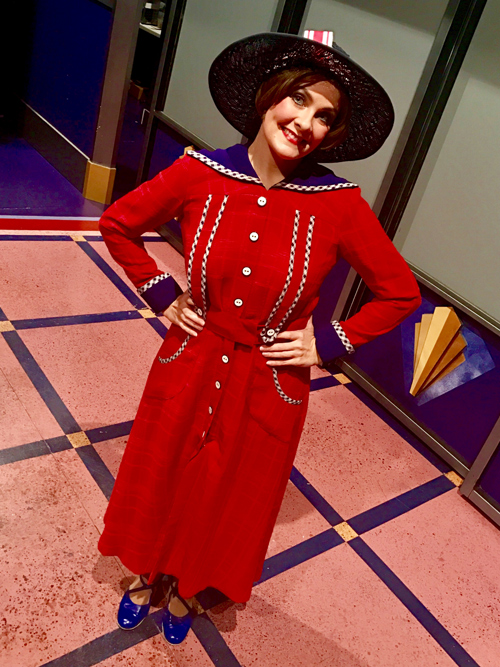 This is the end of Act 1. I have 17 costume changes in the show and getting into this one is one of my fastest. Also, the hat has hair sewn into it so I'm not actually wearing a wig. Just a hat with hair! 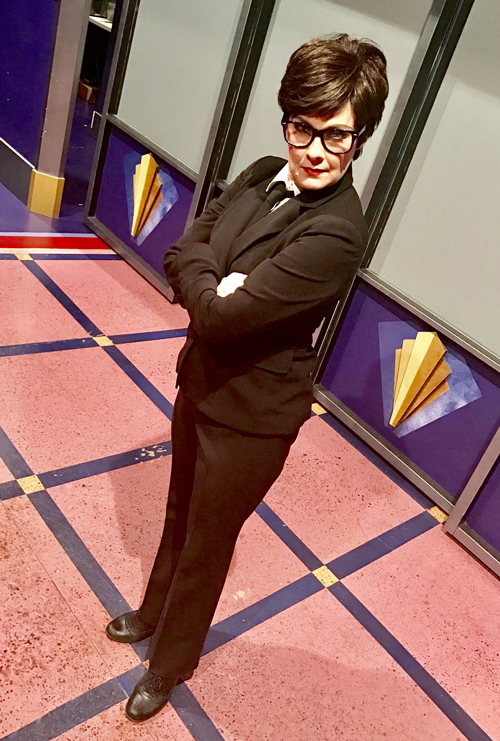 I look like the female Clark Kent! Lol. This wig was originally made for Bruce Sabath. It still says his name inside of it. Hahahahahahaha 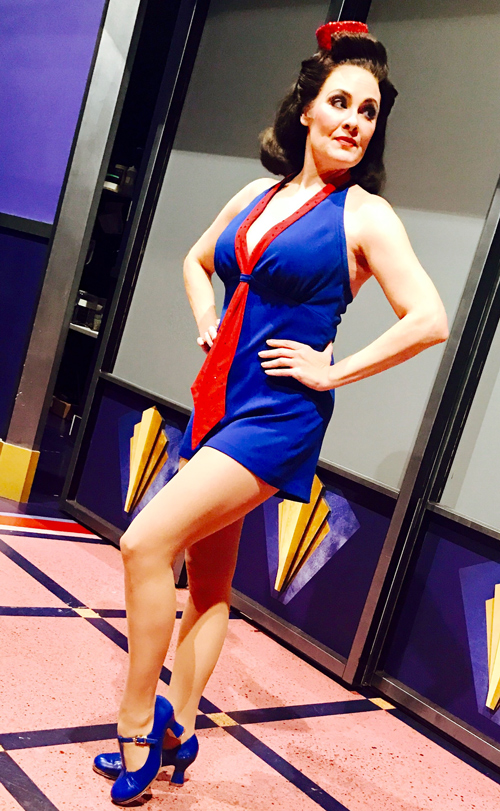 My favorite costume in the show. Probably because I look like a girl and I'm not playing an old woman. I'm supposed to be Joan Leslie, but I think I look more like Ann Miller. (I worked with Ann Miller once. Sigh. I loved her. I like to think I channel her all through the USO.) 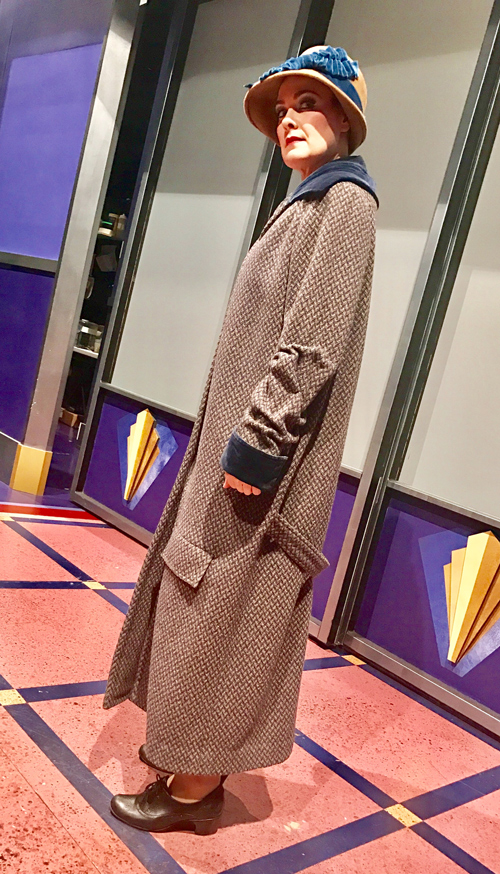 Last character. Ma Jarrett from Cagney's movie White Heat. I actually LOVE this character. The coat is huge (and it's all I'm wearing). And I'm just in my wig cap with the hat on. No wig. I also use the very bottom of my vocal range to get this character out. She's gruff and tough and awesome!