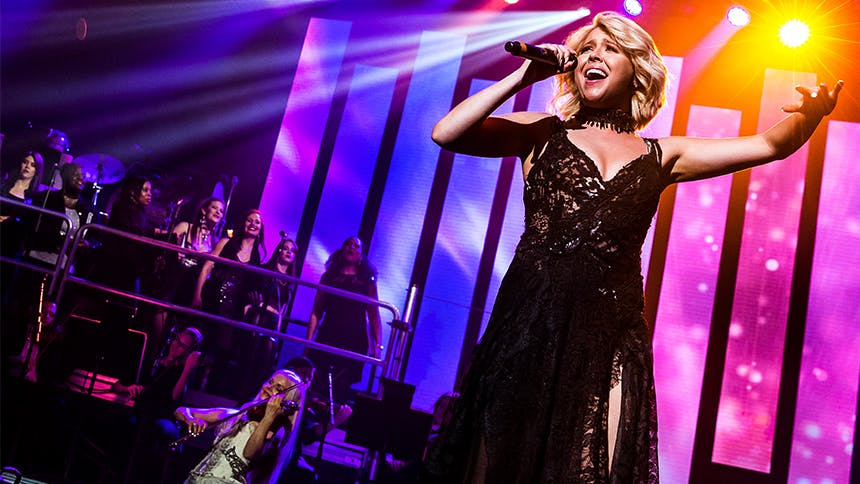 The new Broadway concert Rocktopia blends classical music with classic rock, a big live orchestra, and an evener bigger choir to create an evening that has even the most jaded New Yorkers dancing in their seats. There are six main vocalists (including Broadway’s Tony Vincent & Train’s Pat Monahan) but it’s Chloe Lowery from the Trans-Siberian Orchestra that leaves the crowd in utter awe. The talented vocalist makes her Broadway debut in the piece, and she’s reason enough to go. Below, we deep dive into her YouTube videos to find these 10 clips of Chloe just singing her face off.


This is her Act One Rocktopia moment that had audiences cheering throughout…obviously.

“I Will Always Love You”, from The Bodyguard


Let’s kick it off with the queen. She gives you the Whitney moments you want and need but also really infuses this with her own thing. She takes her time with it and the payoff is just spectacular. “The big moment” comes at 3:12 if that’s all you're after but check out the whole thing.


This moment. It was like going up a rollercoaster with all this anticipation for the big singing to come—and boy does she deliver from 2:11-3:15!

“Let it Go” from Frozen


Oh, you better believe she’s slayin’ it. She doesn’t even come until 1:30, but when she does she just serves vocals upon vocals. When Chloe just starts doing her own thing with it around 2:55, I was waving praise hands everywhere.


Ok, now they can finally turn Burlesque into a musical because Chloe should clearly be Ali (with Orfeh as Tess aka Cher). I legit thought it was Xtina singing at some points.


She even kills me on that song every mom in the tristate area loves. She is singing Celine but in her own way. Makes me want her to cover all six minutes of “It’s All Coming Back to Me Now”.


Here’s a little look at her fierce work with the Trans-Siberian Orchestra.

“After the Fall” from Trans-Siberian Orchestra


Ok, but why isn’t this/Chloe played on the radio? This is epic.


Unless you want a full Christmas carol in spring, this video is really all about 3:07-3:58. I snapped, I waved, I pressed rewind at least four times.

“Crying, How Could You” from her upcoming EP


Yes, Ms. Chloe has an EP coming called Just Chloe and this is the first video from it. I love it—love the visuals, love the vocals. I'm a new fan.

Don’t miss Chloe Lowery live in ‘Rocktopia’ at the Broadway Theatre through April 29.