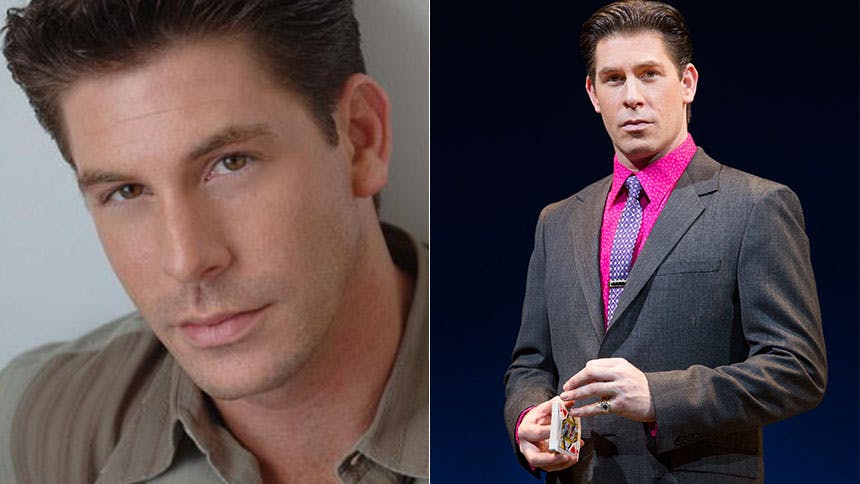 Broadway star Richard H. Blake is back on the boards as the trouble-making Four Seasons founder Tommy DeVito in the Tony-winning hit Jersey Boys. This New York native and alumni of Wicked, Matilda, Legally Blonde and Hairspray is the latest theater headliner to share with us his four favorites places to walk like a man in NYC. Let Blake be your Big Apple tour guide, and be sure to catch him as the big man in town at Jersey Boys.

Eataly in the Flatiron District

“One of my favorite spots in the city is Eataly. It's just an incredible marketplace, as well as having great dining options. Check out Birreria on the rooftop. Great vibe and great, fresh brewed beers.”

Central Park between the Upper East and West Sides

“The second place I'd have to recommend is Central Park. Growing up in The City, it was always nice to be outside and not near traffic. If you're in town on a Thursday between April and August, check out Heckscher baseball fields; that's where the Broadway shows all play each other.”

“Next I'd have to say Times Square. I know it's such an obvious spot but these days it's quite the scene. Now that cars can't drive through it the way they used to, there are all these great food trucks and entertaining acts. If you have kids, check out the Ferris wheel in Toys ‘R’ Us.”

“Lastly, I'd say I love the Highline. It's a walkway that stretches from the Meat Packing District to the beginning of Hell's Kitchen. It's a great way to see the city. Plus, it's a block away from Chelsea Piers, and it starts at Chelsea Market, which is a great place to get cool stuff by local artisans.”

Jersey Boys
Best Priced Tickets
Newer
Get the Inside Scoop on Natasha, Pierre…’s Wicked Pair Amber Gray & Lucas Steele
Older
Eight Photos From The Bridges of Madison County That Will Melt Your Heart