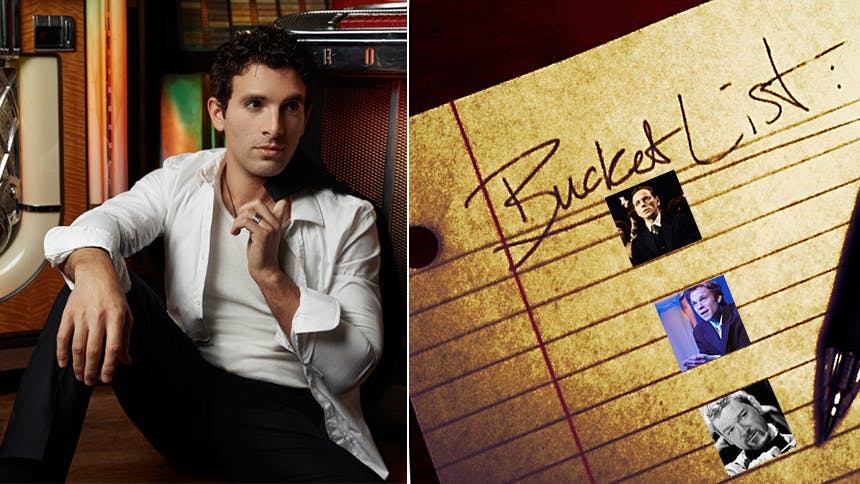 After his legendary, six-year Broadway run as Frankie Valli in the Tony-winning jukebox musical that started it all, Jersey Boys, then his three-year, Tony-nominated performance as Barry Mann in the Carole King musical, Beautiful, it's clear to see why Jarrod Spector is living a Jukebox Life.

This November, Spector returns to Feinstein's/54 Below with the new show (shout-out to his last killer show A Little Help From My Friends) that charts Jarrod's journey from child star to one of Broadway's favorite voices.


Since Spector is all about the Jukebox Life and not really the revival life, BroadwayBox asked him about three dream roles he's dying to play.

I don't want to overload on Jason Robert Brown but I think he writes from a certain place, and I connect to that place. I've never been in a Jason Robert Brown show, and I would certainly love to play Leo Frank in Parade, with my wife, Kelli Barrett. She really introduced me to it and made me listen to the whole thing through. It is a powerful show, and I feel like there are so many issues that are current and topical. That show ought to be done. It deserves another run. The point of art is to illustrate right now what is happening in our world—I know that one is specific to Judaism but the parallels to racism are everywhere. It doesn't matter if you're Jewish or Muslim or African American. Just to show what can happen when anger is allowed to run rampant and the mob is allowed to rule. It's time.

I'm going to stick with Jason for a moment because I'm getting to the age where if I don't play Jamie soon I may not be able to. I love that show; I love that role; I love that music; and I married a Shiksa goddess, so that show has a very special meaning to me.

I know I'm not the perceived "right type" but I've always had this dream of one day playing Iago in Othello. It seems a little odd because normally you hire someone who seems more like a villain, but I think the fun of that would be to hire someone who generally doesn't come across as a villain—someone who is quick to smile and affable can get away with so much more in that role. You would buy why Othello would be persuaded by him and trust him, but underneath he has this well of anger and hate that comes from seemingly nowhere. I would love to do it, so if anyone's listening, by all means.

Feinstein's/54 Below
Discount up to 15%
Newer
Let’s Talk About the Leading Ladies of This Broadway Season
Older
Hot Clip of the Day: #TBT to Kristin Chenoweth Singing "Taylor the Latte Boy" on Rosie
Sign up for BroadwayBox Discount Alerts