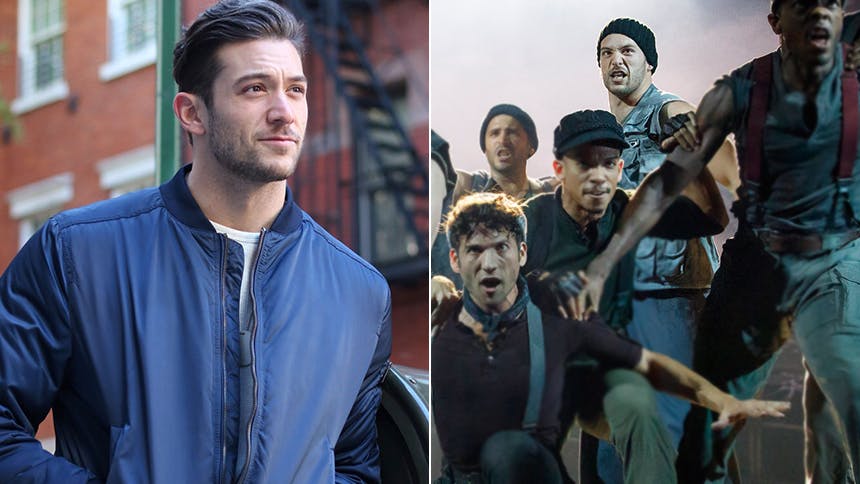 . The memorable scene-stealing performance comes at the top of Act II in Kong's play within a play, and it's a total riot. Casey (who also operates Kong’s right paw) has previously appeared in Broadway's Miss Saigon, Disaster!, and Bullets Over Broadway. Scroll on as BroadwayBox gets to know Casey as he talks about his incredibly memorable audition for Broadway's King Kong, being a theatre nerd at heart, and how he spends his days off.


1. What have your four Broadway shows taught you about yourself?
I think the biggest thing I’ve learned so far is how to function on a regimented schedule. To do 8 shows a week you have to treat your body, brain, and spirit right. Having a set schedule for eating, going to the gym, “adulting”, but still building in time to relax and recover has become a huge part of my day to day. It definitely took me some time to figure out a balance that works best for me.

2. What do most people not know about the behind-the-scenes of King Kong?
I don’t think many people know that the King’s Company, the members of the ensemble who also puppeteer Kong, are doing a lot of the rigging for Kong behind the curtain. What that means is we are the ones hooking him up to different wires, clipping carabeaners into rigging points, and sometimes even climbing onto Kong 15 feet in the air to set up for the next scene.

3. What’s a comedic featured performance that is incredibly memorable to you?
I had the honor of doing Disaster! with Jennifer Simard. There’s a reason she was nominated for a Tony for that role (the nun with a gambling addiction). Watching her rehearse and create that character was an honor and a masterclass in character acting. Honestly one of the funniest things I’ve ever seen.

4. What’s your favorite memory of Miss Saigon?
Getting to do the whole “Heat Is On/Dreamland” sequence with some of my best friends was such a fun experience. To name one memory wouldn’t do the time I had with the show justice.

5. With two shows at the Broadway Theatre, what’s your favorite thing about this space?
I love being at the top of the theater district. It’s close enough to Times Square that I still feel like I’m doing a Broadway show but far enough away that it stays relatively calm in comparison. Plus, now I’ve got my handful of restaurants, bars and coffee shops that I love going to close by.

6. What’s a role you love so much you’d play it anywhere, any day?
Billy Bigelow. And I’d want to really dance in some way with Louise during “The Carousel Waltz” sequence.

7. Tell us a memorable audition story.
If I have any funny fail audition story’s I’ve forgotten them, and by that I mean I’ve blocked them out of my brain forever. But honestly my audition for King Kong was the first time I ever got in a room and thought, “Oh wow. This is something I absolutely need to be doing.” We also went through a very detailed audition process to assess if we could handle the job, which involved things like standing on each other’s shoulders, so it’s memorable for many reasons.

8. What was the first role that gave you the confidence to pursue this as a career?
Diesel in West Side Story. It was my first job, first time touring, I covered a principal (Riff), and it was my dream show. I had been working so hard and had been in for the show for 3 years before I finally booked it. So considering that, leaving home for the first time, and doing the show 8 times a week I thought, “Yeah, this is what I’m doing with the rest of my life.”

9. What’s your ideal day off like?
Ideally, I won’t do much of anything on a day off to be honest. I try to pack everything I need to do in the six- day work week so that my day off is truly a day to have zero responsibilities. I love to play video games, write, eat a meal I wouldn’t normally eat during the week (like pizza or take-out), see some friends, go to a spa, or even take a little weekend out of town. Anything that’s going to allow my brain and my body to recharge for another week!

10.  What was an early cast album you were obsessed with and what’s a current one you love?
In high school I was obsessed with Bare: A Pop Opera. It was quintessential in my coming out and acceptance as a teen, plus I loved the music and the story. I definitely cried when I listened to the whole thing through for the first time.

I don’t know if I have a full album I love because I love bits and pieces from a lot of musicals. I tend to frequent the On Broadway station on Sirius XM radio if I’m in a show tunes mood and will sometimes clean my apartment and belt. I’ll always be a theater nerd at heart.