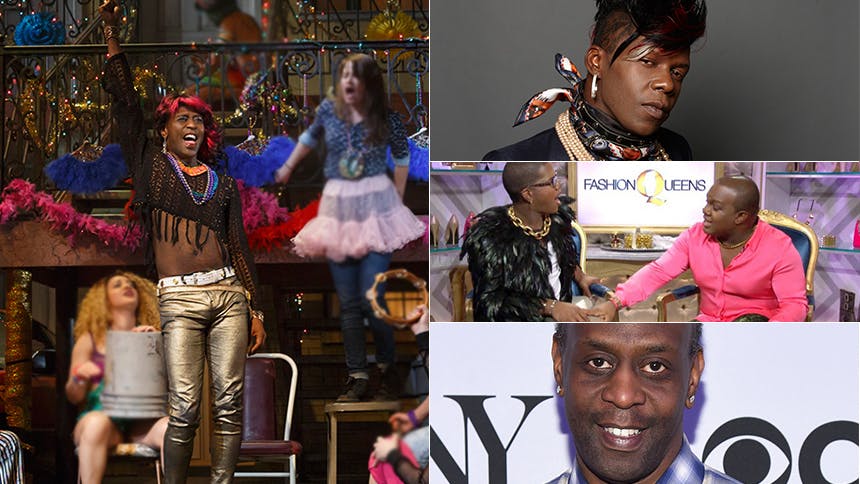 Airline Highway’s Hummingbird Motel is filled with colorful, memorable and dynamic characters but there’s no way you’re walking out of the Samuel J. Theatre and not talking about K. Todd Freeman’s Tony-nominated performance as Sissy Na Na, a true NOLA badass who is not bound by gender. Sissy’s had a rough past and she could quickly cut you down or raise you up to the sky when you need it most.

The nomination is the second for the veteran actor of The Dark Knight, Cider House Rules, Grosse Pointe Blank, Teenage Mutant Ninja Turtles, and NYPD Blue. His first Tony nomination came in 1993 for his portrayal of the title character in another Steppenwolf Theatre Company transfer The Song of Jacob Zulu.

BroadwayBox caught up with the scene-stealing Freeman, who has been an ensemble member of Steppenwolf since ’93, to hear from him about the three big building blocks he used to create one of this season’s most fascinating characters.

First and foremost, Lisa D’Amour, the playwright, told me that she based the character on Big Freedia. And I didn’t know who she was so I went on YouTube and investigated. The biggest inspiration from Big Freedia is how he presented himself: he’s girl from the neck up and boy from the neck down. [Big Freedia uses both pronouns.] I was really happy about that because I did not initially want it to be a full on RuPaul-ish type drag persona. So that was a really strong look visually for me.

Beyond that, growing up in Houston, Texas, I came across over my life a lot of these people who I wouldn’t call drag queens—I guess though technically they are—guys who present themselves in an androgynous male-female, their own kind of creation sort of way. They are really Southern and not from money. They would be left home as teenagers; maybe dropped out of high school and left to their own creation, and they are these really strong, fierce, self-made individuals who don't identify in their dress or behavior as either. And I wanted to stay true to this Southern, provincial, urban person.

And I guess the rest is me, who I am inside. Everything has to come from you, so it’s what I pull from myself that sticks in there. The attitude and point of view is me.