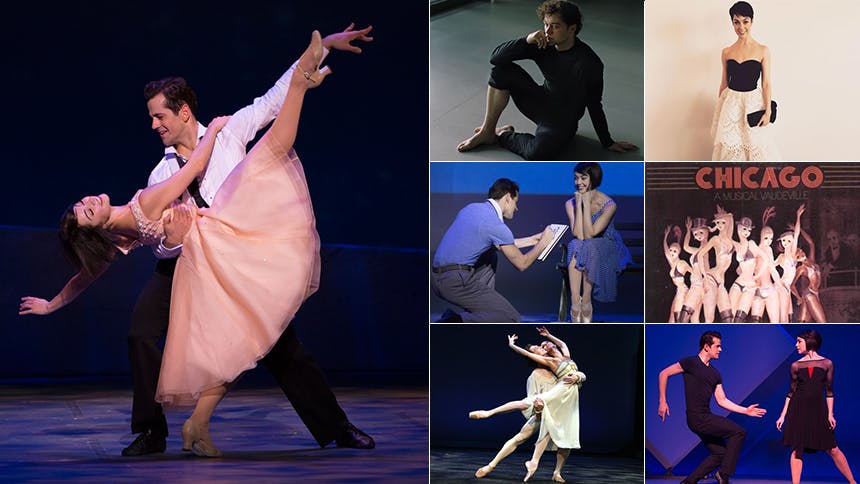 After more than a decade at The Royal Ballet (where she studied before graduating to First Artist and muse to choreographer Liam Scarlett), Leanne Cope makes a stunning Broadway debut as Lise Dassin, an aspiring French ballerina who captures the hearts of three men in post-occupation Paris, in the lush musical adaptation of An American in Paris. Her beautiful performance earned Cope a Tony Award nomination for Best Leading Actress in a Musical (just one of the 12 the new musical racked up).

1. First traditional musical I fell in love with as a child and as an adult:
The first musical I ever saw was Gigi but I clearly remember my first trip to London with my Parents and younger brother I must have been around 7 . We spent the day sight seeing Buckingham Palace Big Ben all the usual suspects, but that evening we went to the Palladium to see Joseph and the Amazing Technicolor Dreamcoat and I was transfixed. As an adult I would say my favourite show is Chicago, it's the musical I've been to see the most and I will continue to see because I think it's pretty much perfect it's smart slick and sexy.

2. If I had to describe the “An American in Paris” ballet in a single hashtag:
#afeastfortheeyesandsoul

3. If you were going to watch one Liam Scarlett video, it should be:
Age of Anxiety, it's a ballet he made last year and the first ballet for The Royal Ballet of his I haven't been part of but lucky for me and New York the Royal are bringing the ballet to Lincoln Center this summer on tour so I really I hope I get a chance to watch it.


4. The biggest difference between the dance world and theatre world has been:
The sense of community, while dancing in a ballet company you very much feel like a close knit family, being in a Broadway show it's as much about your family/your show as your extended family all the other shows and touring companies. I mean the other week I experienced the Easter Bonnet which was incredible, people giving up their free time to raise money for such worthy causes Equity Fights AIDS and Broadway Cares it's so inspiring. This sense of community is incredible to be part of.

5. In my opinion, ballet’s most beautiful love story is:
Predictable but Romeo and Juliet. From my experience of Kenneth Macmillan's version he captivates the innocence of first love perfectly, the breathlessness and urgency when you can't stand being apart from that person. It's so beautiful and never fails to move me.


6. Great personal style is all about:
I spend most of my days wearing leotards and tights so I'm not the best person to ask but my guess is wearing things that make you feel confident and the best version of yourself.


7. What Gershwin tune would you use to sum up this whole awards season whirlwind?
'”S'wonderful”


Lose yourself in the beauty Leanne Cope’s Tony-nominated debut performance in ‘An American in Paris’ at Broadway’s Palace Theatre.

An American in Paris
Best Priced Tickets
Newer
14 GIFS of Kristin Chenoweth in On the 20th Century Perfect For All Your Gchat & FB Convos
Older
YouTube Spiral Honoring The First Lady of the British Musical, Elaine Paige
Sign up for BroadwayBox Discount Alerts