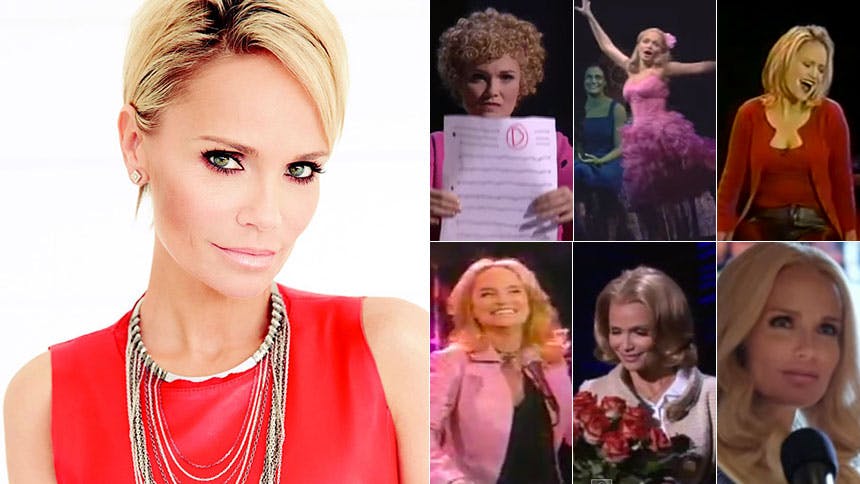 Kristin Chenoweth is coming back home to Broadway in a role tailor made to her Tony and Emmy Award-winning talents: Lily Garland in On the Twentieth Century. The Tony-winning musical comedy centers on a Hollywood starlet (Cheno) stuck on a luxury train with her ex—a bankrupt theatre producer played by Tony nominee Peter Gallagher— heading to NYC to star in his non-existent musical. Hilarious, right? The highly anticipated revival begins performances February 12, and BroadwayBox has exclusive early access to get your discount tickets beginning July 7. #Major.

To celebrate Ms. Chenoweth’s grand return, we’re looking back on her acclaimed theatrical career via our favorite YouTube videos.

Picture it: 1997, The Richard Rodgers Theatre. After appearing in three off-Broadway shows, Kristin Chenoweth makes her Broadway debut as Precious McGuire, Couple #4 and Couple #25 in Scott Ellis and Susan Stroman’s dance musical Steel Pier. [Ellis is also the director of On the Twentieth Century; how’s that for full circle.] Young Cheno snags a 1997 Theatre World Award and if you look closely you can see her dancing up a storm in the rousing “Everybody Dance” number below.

And here’s a GIF, in case you missed her.

Next up, Chenoweth returns off-Broadway to appear in the new musical A New Brain. Then, the stars align, lighting is captured in a bottle and Cheno stars as Sally Brown in the Broadway revival of You’re a Good Man, Charlie Brown. Andrew Lippa pens a new song for the budding star, “My New Philosophy.” And the rest is Tony history. (For those slow on the uptake, she won a Tony Award for Best Featured Actress in a Musical.)


Cheno followed her Tony win with her non-musical Broadway debut in the comedy Epic Proportions in 1999; but it was in 2003 that the big-voice, blonde star changed our lives for good with her Tony-nominated performance as Glinda in a new musical called Wicked.


Okay, that was a lot but it's well deserved. Fastforward to 2006 when Cheno came back for her first post-Wicked Broadway musical, a revival of The Apple Tree (Her “Gorgeous” was everything.) Another three years pass and Chenoweth blesses Broadway again, this time starring as Fran Kubelik opposite Emmy winner Sean Hayes in Promises, Promises.


Now, we’re talking about a huge star in all the mediums. So in between these Broadway credits, there were four studio albums, an Emmy Award for her role on TV’s Pushing Daisies, two Emmy nominations for Glee, two TV musicals (The Music Man, Annie), guest appearances and recurring roles on countless shows, 20 feature films and, our personal favorite, a starring role as Carlene Cockburn on the gone-too-soon, never-forgotten TV show GCB.


And no Kristin Chenoweth YouTube spiral would be complete without "Taylor" "14G" and "Glitter." Hit it!