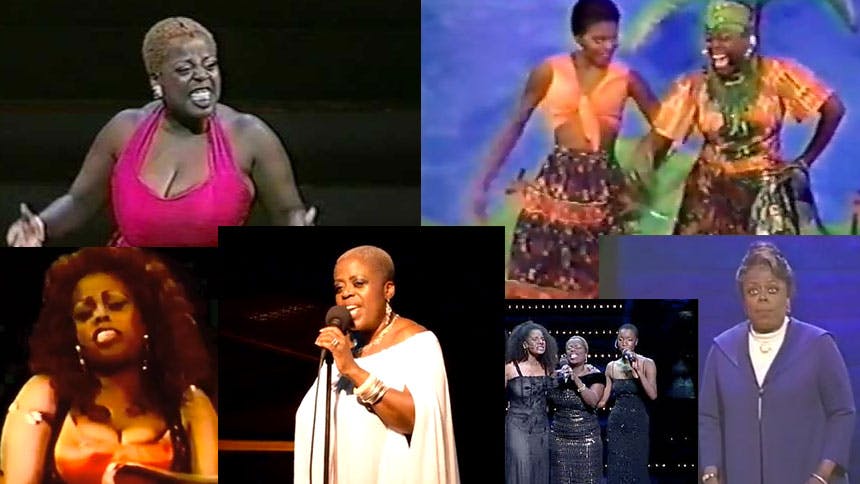 Tony winner Lillias White is bringing her big voice and her big talents to Birdland on January 27. White joins the long-running Jim Caruso’s Cast Party to kick off an all-new segment of the show called Mentor Mondays. The singing actress will perform selections from up-and-coming songwriting team Ethan Pakchar and Douglas Lyons. So in honor of White returning to the New York stage, BroadwayBox is looking back on our favorite six YouTube videos spotlighting her one-of-a-kind talents.

Lillias White broke out in the early 80s as the Effie White replacement in the hit 'Dreamgirls,' a role she revisited for the Actors Fund benefit in 2001; if you don't have that concert album, hop over to Spotify now.

"The Oldest Profession," The Life

"Mama Will Provide," Once On This Island

White co-starred in 'Once On This Island' with fellow future Tony winner LaChanze. Her part (AKA the best part) begins at 1:37.

"Brotherhood of Man," How to Succeed in Business Without Really Trying

Consider this song reinvented! Again, the best part begins at the 2:14 mark.