7 Stairway To Stardom Showtunes aka the YouTube Channel To Binge 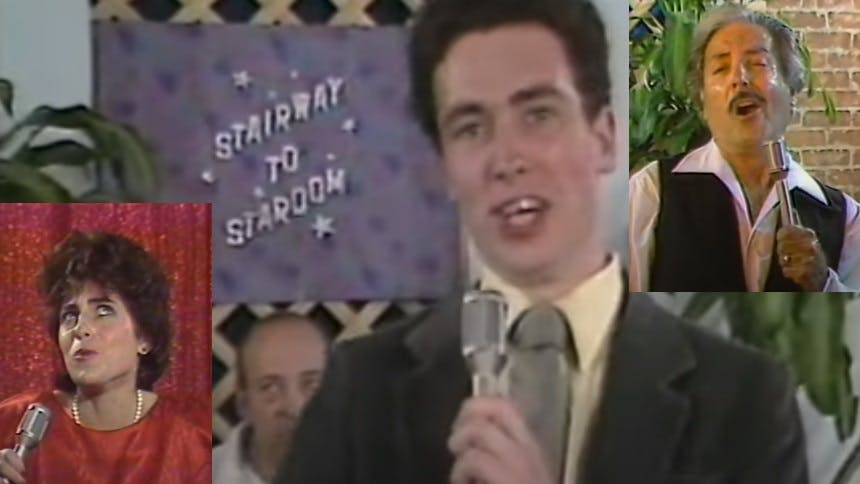 The year is 1979. The city is New York. A televised talent show entitled Stairway to Stardom premiered on public access and what an impact it has made!


The host performs too? Cool! Why not!? That's Frank Masi leading the show's proceedings which featured a parade of entertainers from sketch comedy, tap dancers, dramatic monologues, Neil Diamond covers, and of course Broadway favorites.

Head over to their YouTube channel where you can watch full episodes of this rare talent program. In the meanwhile, here are seven clips of some popular showtunes by up and coming entertainers from the New York metropolitan area in the 1970's, 80's and 90's.


"My Favorite Things" (The Sound of Music) by Alison Chaplin


"Let Me Entertain You" (Show Boat) by Louise Mascia