Hot Clip of the Day: Celebrate 45 Years of A CHORUS LINE with Original "At The Ballet" Ladies 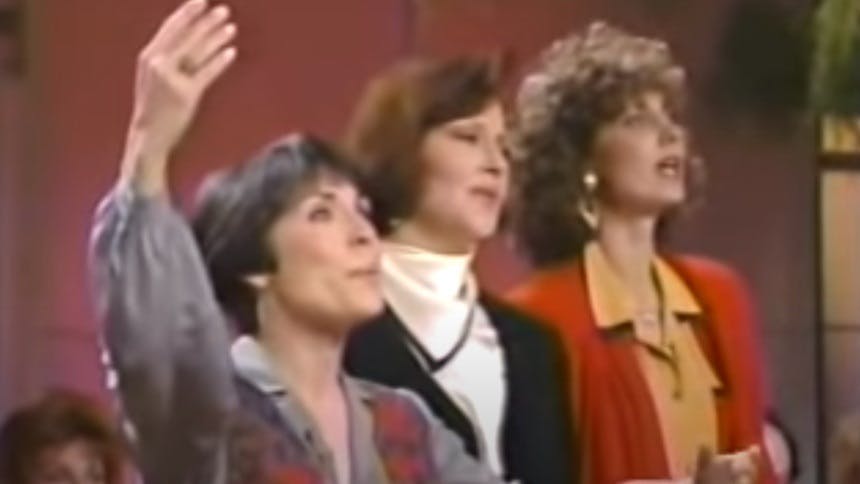 "At The Ballet" from A Chorus Line (Kelly Bishop, Nancy Lane and Kay Cole)


Ulterior Motives: Over the weekend, a singular sensation of a gold top hat wearing musical celebrated its 45th Broadway anniversary. On July 25, 1975, A Chorus Line celebrated it opening night on Broadway at the Shubert Theatre. The musical broke records with high kicks, great laughs, and one of the most iconic opening numbers in Broadway history featuring some of Broadway's most talented ensemble members of the 70's, 80's and 90's. In December of this year, the film adaptation will be celebrating its 35th anniversary. A handful of actors who appeared 'on the line' in the Broadway show reprised their roles in the film including Gregg Burge (Richie), Pam Klinger (Maggie), Charles McGowan (Mike), Justin Ross (Greg), Matt West (Bobby) and Vicki Frederick (Sheila) though Vicki played a role on film she hadn't on stage as she originally portrayed Lois and Cassie during the run.

Ultimate 🙌 🙌 moment: In 1990, members of the original Broadway cast of A Chorus Line reunited on the Donahue show. Readers know how we feel about this song. What a special opportunity to hear this original trio! Oh, the 90's fashion. It is so sweet to watch the cast members watch their costars perform. The cutaway audience reactions are honestly all of us throughout the song. Could audience members win Emmys? Our ultimate moment? Do you even have to ask? 5:17 - 5:53. Magnificent.

Newer
Alan Menken Is Carrying The EGOT! 6 Broadway Covers Of His Award Winning Music
Older
Hot Clip of the Day: Cartwheels, Splits & Ice Cream in 3 Minutes of SHE LOVES ME
Sign up for BroadwayBox Discount Alerts