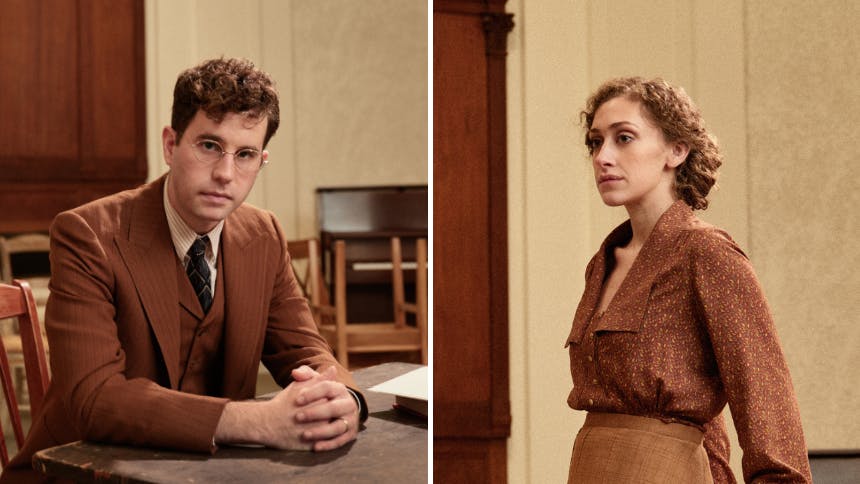 For audiences who missed the New York City Center Annual Gala Presentation of Parade, you've get a second chance! The musical returns to Broadway in its first revival for a strictly limited engagement February 21 - August 6, 2023.

The book is written by by two-time Tony Award winner, Pulitzer Prize winner, and Academy Award® winner Alfred Uhry with a score by three-time Tony Award winner Jason Robert Brown. The musical was co-conceived by the legendary Harold Prince and first appeared on Broadway in 1998 starring Brent Carver and Carolee Carmello

The musical centers on the the life of Leo Frank and his Lucille Frank in 1913 Georgia. As stated in the show synopsis, "when Leo is accused of an unspeakable crime, it propels them into an unimaginable test of faith, humanity, justice and devotion."

Let's have a look at clips from the New York City Center Annual Gala Presentation ahead of the Broadway revival Parade!


"This Is Not Over Yet" Rehearsal