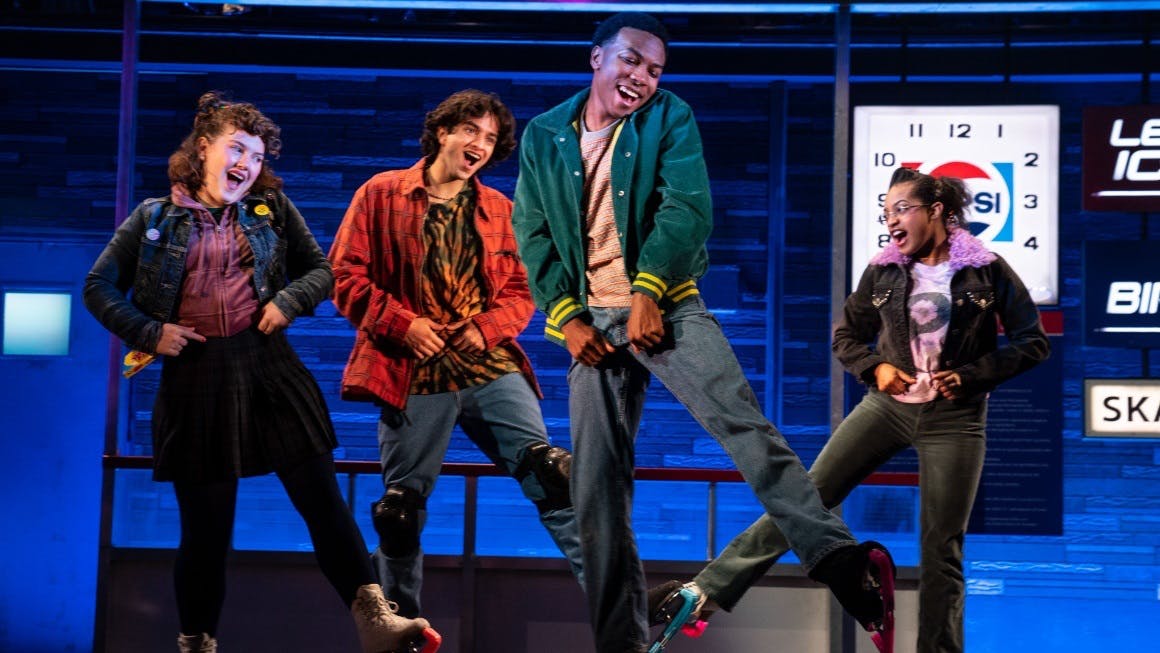 Fear ruby is a great month to be a Kimberly Akimbo fan.

Oh gosh, did we say Fear ruby? February! Had to start with an anagram!

There are two fun events this month starring the critically acclaimed Broadway musical playing Broadway's Booth Theatre. On Friday, February 10th, it's time to lace up those ice skates and head to Central Park's Wollman Rink. The show is turning Wollman Rink into the musical's own SKATER PLANET! Guests will be able to get an exclusive first listen to the show's original Broadway cast album which is being released on Valentine's Day, February 14th. The event starts at 5pm and goes through 7pm. Even for those non-skaters, head to the Chill Lounge for refreshments for purchase and enjoy free swag and giveaways! For more information at to purchase tickets visit Wollman Rink's page for the event.

A post shared by Kimberly Akimbo on Broadway (@akimbomusical)

On Sunday, February 19th, musical fans can travel to 54 Below for Akimbo After School. Producers Carly Heitner and Yoni Weiss are bringing together Kimberly Akimbo

stars Olivia Elease Hardy (Delia), Fernell Hogan (Martin), Michael Iskander (Aaron) and Nina White (Teresa). On 54's listing page, the event says "grab your butterfly clips, friendship bracelets, and Tamagotchis for a night of jams with the class of '99!" and we are honestly, here for it! Get your tickets!

Here's a highlight of the four stars singing some showtunes ahead of the 54 Below show. Mark your calendars for both celebrations!


Michael Iskander singing "Only Us" from Dear Evan Hansen


Nina White singing "All I've Ever Known" from Hadestown

Kimberly Akimbo
Discount up to $31.50
Older
Welcome to Broadway, Jinkx Monsoon! The Queen of All Queens Takes Chicago Broadway Bow