A Final Look Back 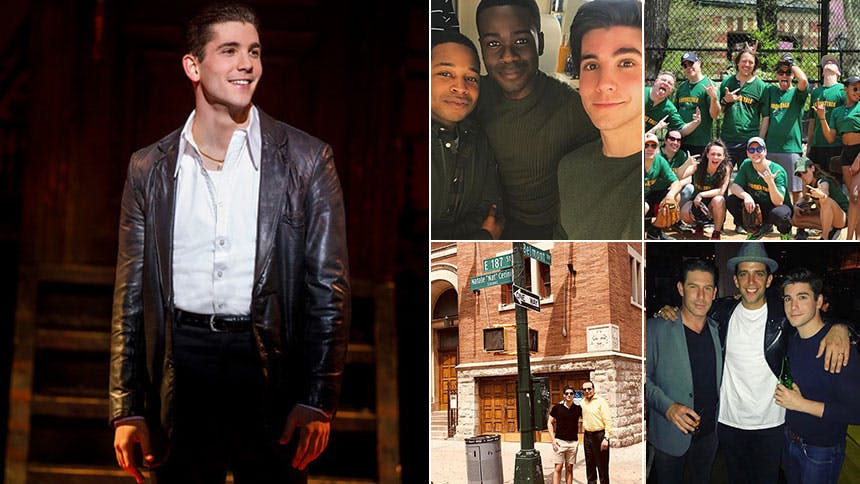 Broadway says goodbye to one of the great ones. The critically acclaimed musical adaptation of A Bronx Tale

plays its final performance at Broadway's Longacre Theatre on Sunday, August 5. Adam Kaplan stars as the musical's narrator and protagonist, Calogero, and if you have the chance, don't miss his performance—that swagger, those vocals.


As he gears up for his final weekend on Belmont Avenue, BroadwayBox asked Adam to look back on his time with A Bronx Tale and share with us 10 of his favorite Instagram photos (in no particular order!).

A day I will truly never forget... Chazz took Lucia and I to the neighborhood and I left ten pounds heavier than when I arrived.

What a way to close this chapter. Thank you, @chazzpalminteri for your friendship and guidance.


My family threw a BBQ out in CT to celebrate the 4th of July with the cast. We did the same for the cast of Newsies and Kinky Boys. It’s Kaplan family tradition at this point :)


A bucket list moment with an icon. First time my photo was in The New York Times!

When I was 10 years old I had the honor of meeting @chazzpalminteri . Last night, I shared a Broadway stage and bowed alongside him. The man is a class act. He inspired me when I was a little kid and continues to do so now. Don’t miss this performance, friends. Sara Krulwich for @nytimes


My OG dressing roommates and the founders of the self proclaimed live-stream hit, #3for3 sponsored by Chimes.

The OG #3for3 crew. They welcomed me to dressing room Oreo with open arms... and today we begin their biter-sweet sendoff rich with laughs, love, and @chimes_gourmet. Happy trails, @bradgibson13. I’m so damn proud of you. Love, “a friend of the family” (your cousin).


I can’t explain how much I look up to these guys and how cool it was doing the show with them every night.


One of my favorite Broadway traditions... Broadway Softball!


Singing this song every night opposite Christiani was a dream. Thanks BroadwayBox for capturing this unplugged version!


Corey Cott and Michael Fatica, my Newsies bruddas, on the stoop!

Back on the streets of New York with these weinahs

Kaplans on the stoop

One of my favorite pics from BRONX. Three “C”s showing some love for BCEFA.


See Adam Kaplan & Co. in A Bronx Tale through August 5 at the Longacre Theatre.