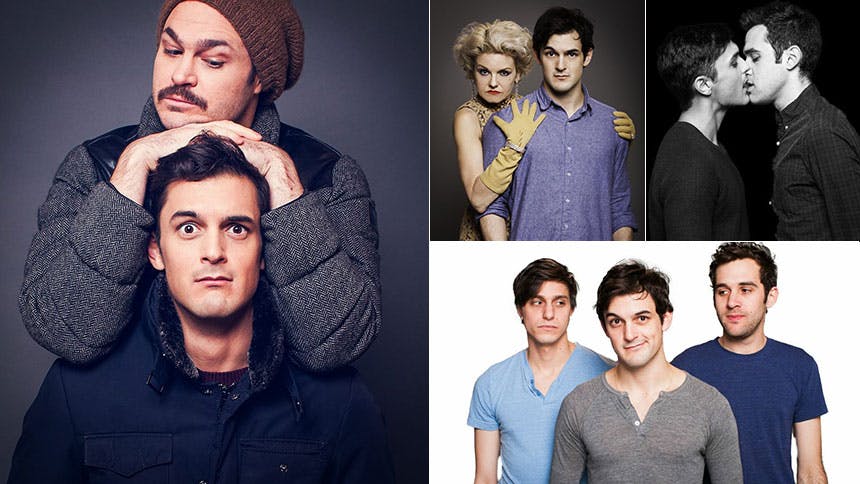 The Broadway season is officially over, you've already binge-watched Orange is the New Black season 2 and all your favorite network shows have been on hiatus for weeks, so now what—how are you going to keep busy this summer? Well, we've got just the fix: It Could Be Worse. Combining clever writing, humor, romance and a whole ton of Broadway faces, this series will become your new addiction in no time.

Created by Rock of Ages' vets Mitchell Jarvis and Wesley Taylor, It Could Be Worse begins airing on Pivot TV on June 8 at 11 PM. Seasons one and two will then air on Hulu beginning on July 17, with new weekly episodes airing each Thursday through August 7 (how legit, right?). Below Taylor looks back on his five most "I can't believe we went there" moments from It Could Be Worse season one.

In the pilot, there's a scene that might make you squeamish. We are telling an actual experience from when I had to use the ladies restroom at an audition and the casting director yelled at me for my transgression. We have embellished where embellishing is due. I thought my brilliant performance would tell the story but Mitch had other ideas. He built an elaborate toilet soundscape that is sure to make you laugh and gag.

For some insane reason, Audra '5-Tony' McDonald agreed to play Jacob's emotionally-wrought therapist who comes on to him. It was the butt crack of dawn and she had just landed in New York from a red-eye and I was all 'you know you wanna make out with me.'

We have this montage of me walking through the annoyances of Times Square. One delicious moment that landed on the cutting room floor was when I slipped Woody (the Toy Story character) $20 and asked him if he wanted to be on camera. How can you say this about someone in a cartoon suit.. but the performance was weak. 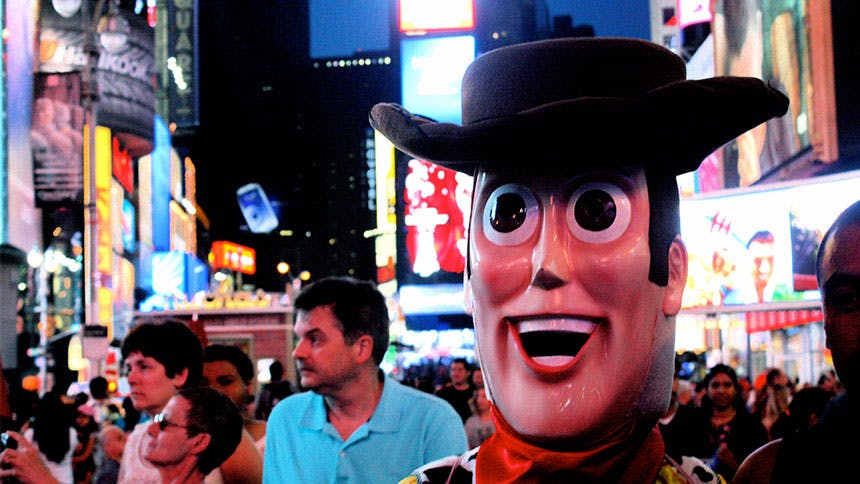 Laura Benanti is one of the funniest people I know. I feel like you could throw anything at her and she would know how it make it sexy or hilarious. This time she put oatmeal in her mouth and we had her "throw up" in the scene. Not only was she not phased, but she improv'd this little bit after she upchucks. She's like talking to Gideon Glick and I's characters with a dribble of vomit on her face.

1. THE BALLAD OF THE ICE QUEEN

Mitch had always wanted to end the first season with an actual number from The Ice Queen our show-winthin-the-show. I don't know what I was smoking, but I asked Grammy/Emmy/Tony winner Marc Shaiman to pen the finale. He immediately agreed and wrote this poignant, beautiful song perfectly tailored to Alison. The first time I heard it I cried a little. I mean, we started the series with poop jokes so... I can't believe we went there.

Check out all these moments and more as It Could Be Worse airs on Pivot TV beginning on June 8 at 11 PM.