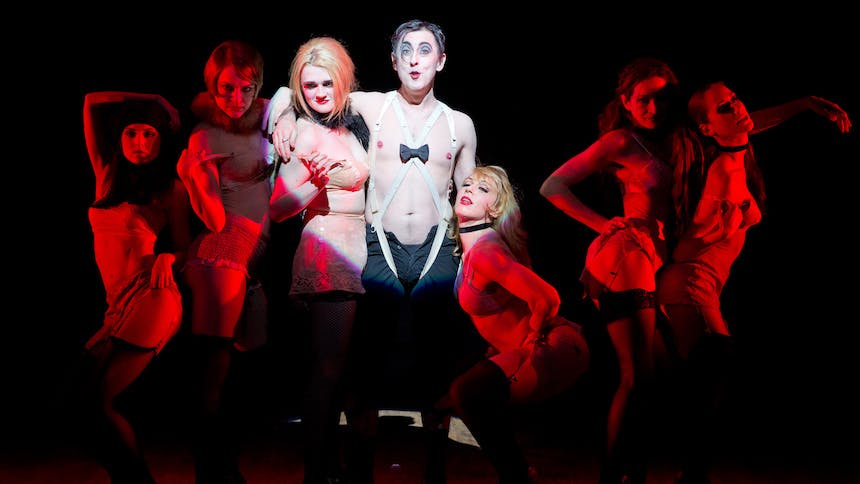 Let's travel to Berlin to see why life is beautiful at the Kit Kat Klub.


With direction by the spectacular Harold Prince, Cabaret made its Broadway premiere at the Broadhurst Theatre in 1966. Joel Grey took center stage and his place in Broadway history as the Emcee.

The Kit Kat Klub girls comprised the "beautiful" orchestra while Grey even joined in on the musical proceedings. All 32 (!) of Cabaret’s original cast members were decked out in extraordinary, colorful and bedazzled costumes by design legend Patricia Zipprodt. The headpieces alone! Ron Field’s choreography elicited cheers before the song was even over.


As if no time has passed, Joel Grey returned to Broadway 21 years later in the role of the Emcee after having collected an Oscar, a Tony, a Golden Globe and a BAFTA for his role on Broadway and the show's acclaimed film adaptation.

The choreography, direction and blush application remained the same at this production which played Broadway's Imperial Theatre.


Cabaret's musical writing team John Kander and Fred Ebb were awarded recipients of the Kennedy Center Honors in 1998. The recent revival ensemble of Chicago revival joined forces with Joel and Alan to perform one of Kander and Ebb's most famous opening numbers together.