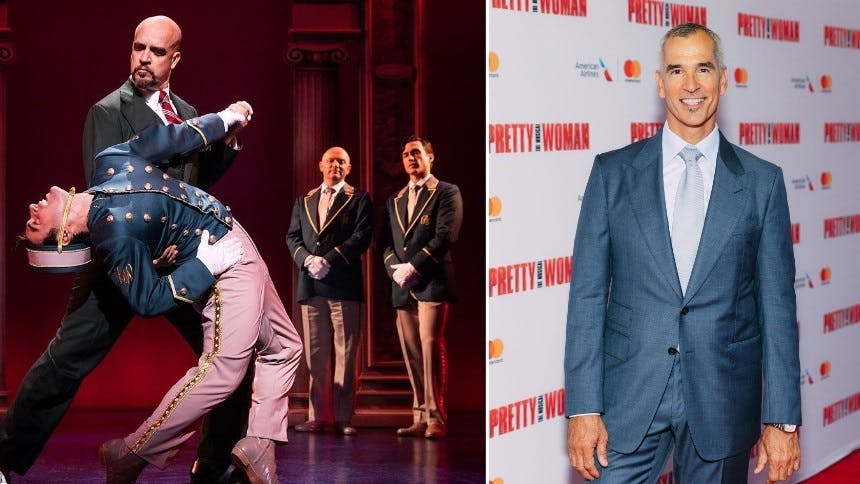 Nine years ago today marked the opening of the Broadway musical Catch Me If You Can. Its choreographer was none other than Jerry Mitchell.

Mitchell's fun, fresh, high energy choreography earned him two Tony Awards for Best Choreography for the first Broadway revival of La Cage Aux Folles and most recently Kinky Boots. Working on Broadway, Mitchell appeared in shows such as Barnum, On Your Toes, and The Will Rogers Follies and was assistant to Jerome Robbins alongside Cynthia Onrubia and Victor Castelli for Robbins' critically acclaimed Broadway musical revue Jerome Robbins' Broadway. In 1992, he created Broadway Bares a comedy burlesque show raising money for those living with HIV/AIDS to benefit Broadway Cares/Equity Fights AIDS. To learn more about BCEFA's COVID-19 Emergency Assistance fund, click here.

It's time to go full out on a YouTube spiral of Jerry Mitchell's fantastic choreography career to date!