There's a Party Raging On in the Mezz of Natasha, Pierre, & The Great Comet of 1812 & We Have the GIFS to Prove It 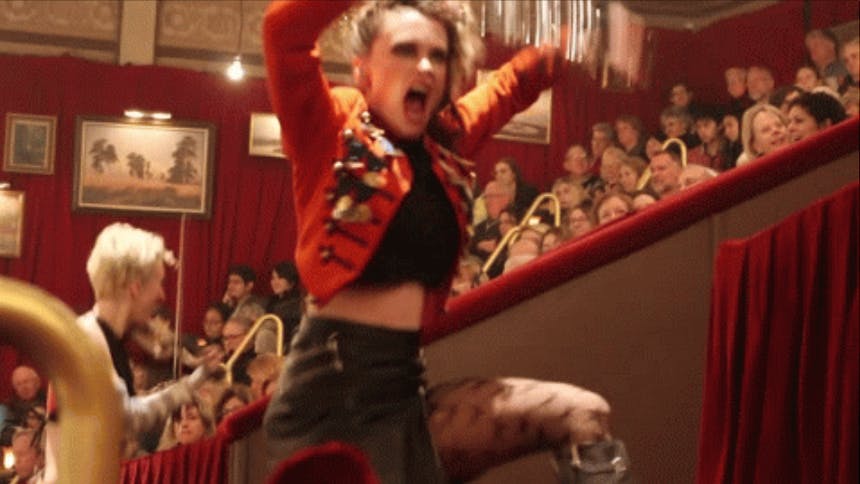 Broadway’s new hottest show is Natasha, Pierre, & The Great Comet of 1812, a funky, sexy, gorgeous adaptation of War and Peace. The one-of-a-kind production has completely transformed the Imperial Theatre to make audiences feel as steeped in the action as they did off-Broadway.


Which leads discerning theatre folk thinking, “Well, what happens if I sit in the mezz? Is it still awesome and immersive?” The answer is a resounding, “hell yes.” As New York Times critic Charles Isherwood wrote in his rave review of the production:

For those who want to be closest to the action, the stage might be the place to be. For fans of Mr. Groban, perhaps the orchestra is the better choice. Then again, I had a friend who saw it from the mezzanine and felt he had an ideal view.

The answer really is, with a show this intoxicatingly good, there’s probably no such thing as a bum seat.

But don’t take his word for it. In the GIFs below, BroadwayBox gives you a peek at some of the cool things that you only see from the mezzanine seats at Great Comet. (Also spoiler: both stars Josh Groban and Denée Benton find themselves up in the mezz during the evening’s proceedings, so there's that too.)

Get yourself over to the Imperial Theatre to experience the unique wonder that is Natasha, Pierre, & The Great Comet of 1812.