The Original CHICAGO Turns A Razzle Dazzle 45 This Month! 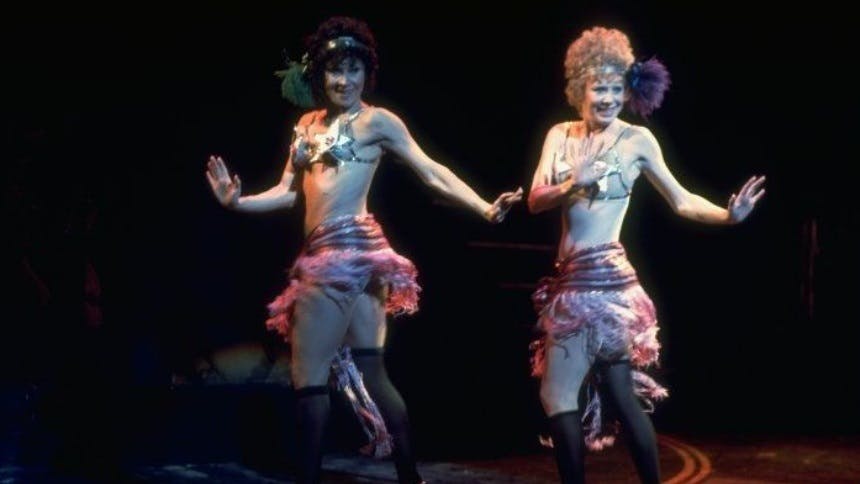 In the summer of 1975, Chicago made its Broadway premiere on the 3rd of June at the 46th Street Theatre (now the Richard Rodgers).

The spectacular Bob Fosse not only directed and choreographed the razzle dazzle tuner about Roxie Hart and all that jazz but he also wrote the book with Fred Ebb, the show's lyricist with composer John Kander. The cast was headlined by Broadway superstars Gwen Verdon, Chita Rivera and Jerry Orbach. The current Broadway revival of Chicago, beginning in November of 1996 at the Richard Rodgers (then the Shubert and Ambassador Theatres), has gone on to become the longest-running American musical in Broadway history.

In honor of the show opening 45 years ago this June (!) we wanted to walk down memory lane with what has been preserved of this "funny honey" of a musical.


This video is nine fabulous minutes to treasure. It gives you a true peek into what the original production looked like outside of only television performances.

"And All That Jazz" (Chita Rivera)


Can we love Chita more?! She gets applause on the second line of the song. She performs the song on Sammy Davis Jr.'s show solo but you still get a sense of Fosse's iconic choreo. For the definition of triple threat, watch this video. That last "jazz"!

"All I Care About" (Jerry Orbach)


We think this might have been a lot of theatre fans' intro to the original production for those who hadn't seen it in person. This number was the show's Tony performance in 1976. Framed by pink feather fans, Jerry Orbach delivers a vaudevillian gusto to this Billy Flynn motto.


Yes game show appearance! What a voice! The original Mary Sunshine, Michael O'Haughey, was on the game show To Tell The Truth to sing Mary's tune with a special guest cameo in the clip by Roxie Hart herself, Gwen Verdon.

"Me and My Baby" (Chita Rivera)


Thank goodness for these variety shows from the seventies and these musical numbers. Though Chita played Roxie Hart in the current revival's national tour back in 1999, she only played Velma Kelly on Broadway. We had to include this special gem of a number which aired, we would assume, close to around the show's original run and originally by Gwen.


This video has been on YouTube since 2007 and it took us 13 years for it to come to our attention! What a find. Jerry is such a marvelous actor. Even though this is a solo version performed on The Mike Douglas Show, he brings every bit of panache to the proceedings with that rich voice of his and JUGGLING!


No Stockard was not in the original cast but she performed the number with Chita who was! It was a reunion for the two as Stockard replaced Liza Minnelli in another Kander & Ebb musical, The Rink. To recap: Chita was in the original Chicago with Gwen Verdon. Gwen was replaced in Chicago for about a month in the summer of 1975 by Liza Minnelli. Liza starred in The Rink with Chita in 1984 but then Liza was replaced after about 7 months with Stockard. Cool? Cool.


Musical. Theatre. Masterclass. Donning sharp top hats and tails, Gwen and Chita perform the showstopping finale on The Mike Douglas Show. To see the original Fosse choreography done by this dynamic duo is such a treat. The "Hot Honey Rag" is electric! These are two of Broadway's finest.