Lipica Shah Takes On Seven Questions About India Pale Ale, The Power of Loss, and South Asian Representation in Media 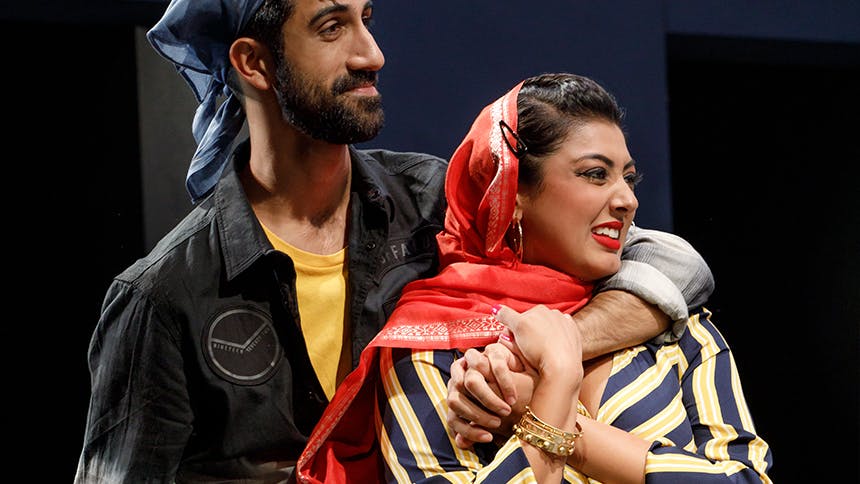 . Lipica plays Lovi, a lovable, bubbly young Indian-American woman living in a close-knit Punjabi community in a small Wisconsin town. BroadwayBox caught up with Lipica to discuss the new work, the importance of South Asian representation, and what it's like to perform the show's powerful and interactive ending. 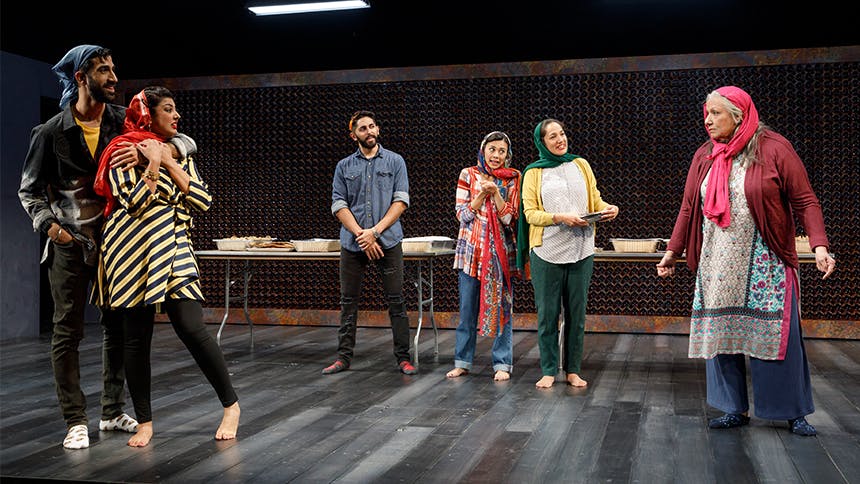 
1. What struck you most about the story when you first read it?
I first read the script cold, at a closed reading in front of Jaclyn and Will and a whole bunch of MTC folks, some of whom I'd just met. I had no idea what I was in for. I went on that emotional roller coaster (similar to the one I hope our audiences are taking each night!)—laughing, crying, feeling hungry, laughing again. I felt an immediate connection to the different languages of the play—food, music, storms, metaphor, family, myth, and so on.

But what really made me fall in love with the story was the discovery that multiple generations of the Batra family and friends were born in Wisconsin. That in this family, their American roots are not new, and yet they are unapologetic about owning their culture and honoring their ancestry. Almost everyone in America now came from somewhere else, but in our country today there is a pervasive, incorrect assumption that people of color are recent arrivals. I'd never before had the chance to portray a character who was neither an immigrant nor the daughter of immigrants, let alone someone who had pride in both her American upbringing and her family history. I didn't know how much I was longing for this story.


2. Where did you begin building your character? What was your way in?
Lovi has quite the journey from the first scene to the last! I had to keep reminding myself that at the top of the show, she's young. She hasn't experienced much hardship or emotional stress in life, and her vibrant energy comes as much from naiveté and innocence as it does from her being in love. During our first few previews, I was still struggling to find the right way into her monologue at the end because it's such different energy from the beginning. But then my uncle unexpectedly passed away and I had an unusually emotional few shows while sorting through my feelings. The rawness of loss opened up a door I hadn't even considered for Lovi's inner life, which in hindsight seems like such an obvious thing. She has to grow up quickly, but it's not easy for her. 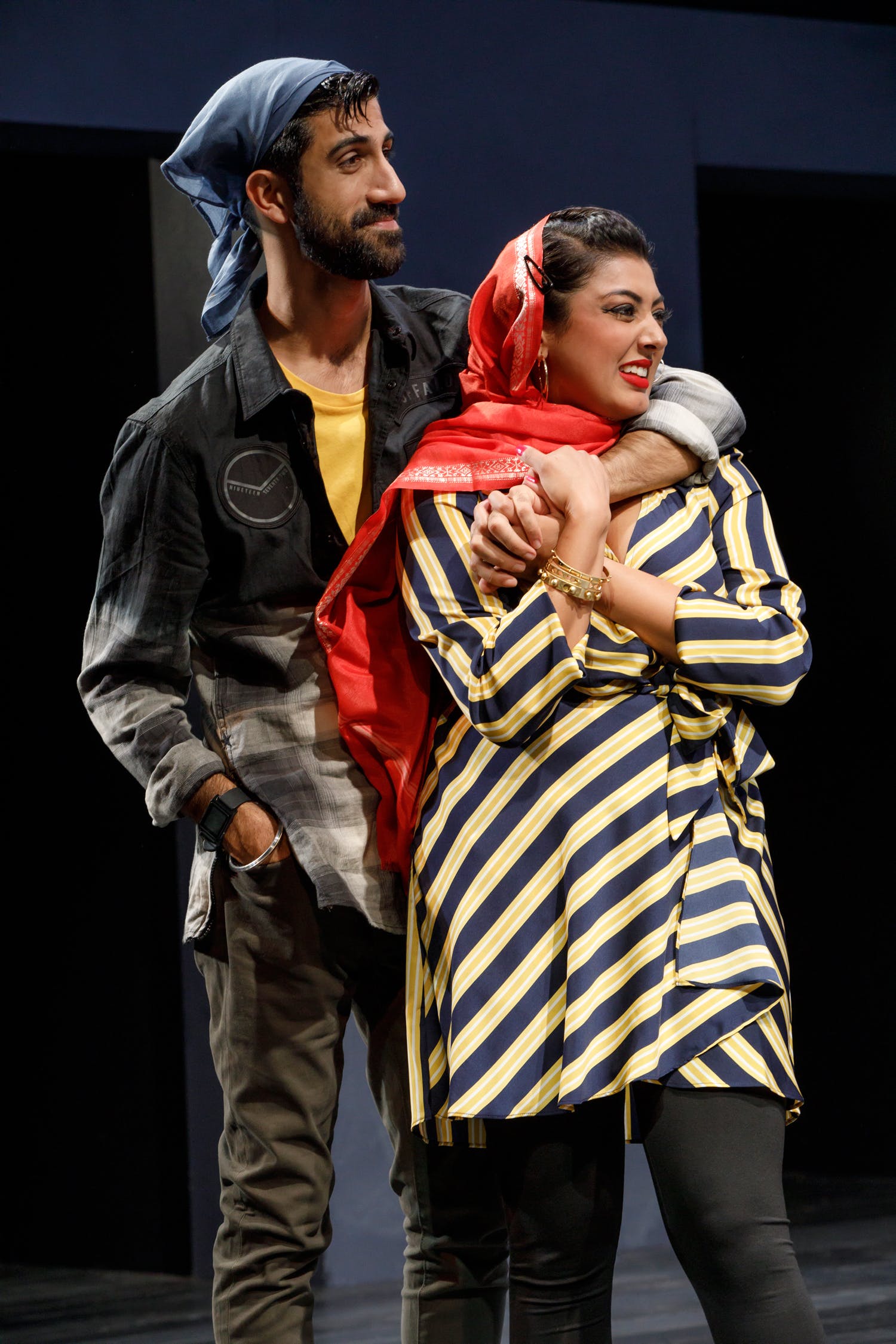 
3. What are you feeling and channeling during the vibrant dance sequences in the show?
Don’t fall!! I'm not a natural dancer, so I appreciate that Will met us all where we were and gave us all the space to be part of the creation of the choreography. We all—even our stage management team!—contributed to the dances in some way and having that sense of ownership is awesome. Remembering that, “ooo this is Jaclyn’s scary sandwich move” or “and now we eat Alok’s ice cream” makes those sequences so much more fun! 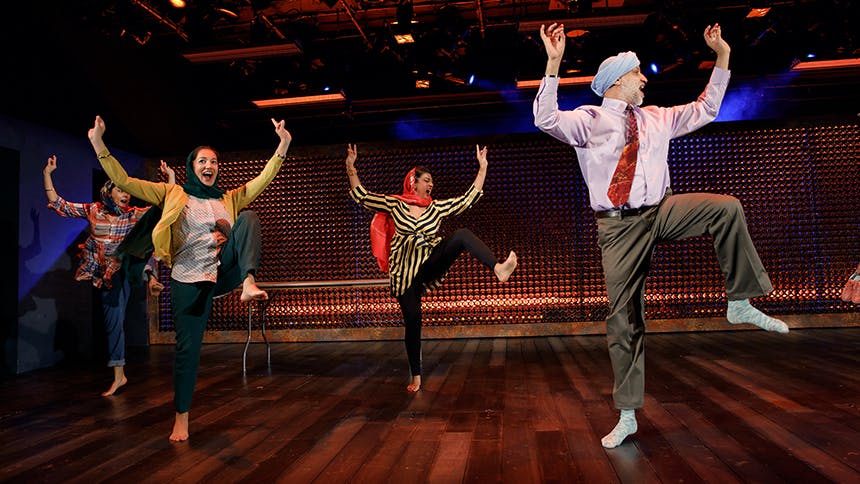 
4. Is there a moment in which you relate most to your India Pale Ale character?
Lovi is so different from me in many ways. But in a crisis, both of us have a reflex response to keep busy and try to take care of everyone else instead of feeling our own feelings. Feelings can be scary! The image of Lovi showing up at Langar Hall to help cook the meal for the grand reopening and then just trying to keep her head down and get through the day really resonates with me.

5. What’s your go-to beer order?
I actually LOVE IPAs! The hoppier the better, and bonus if it's on draft. My current fav is Bell's Two Hearted Ale. 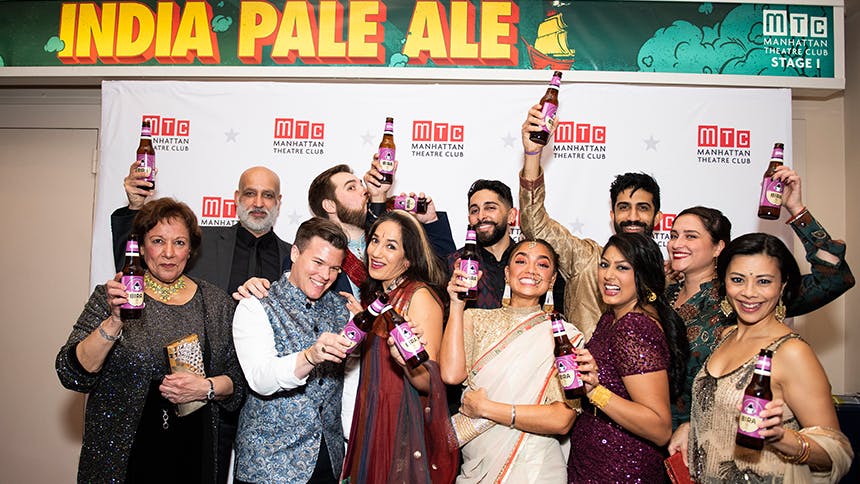 
6. Growing up, what was an important example of representation on film, TV, or stage?
Growing up I didn’t really ever see anyone in media who looked like me or my family. I wasn’t raised on Bollywood, and even though I dressed up as Princess Jasmine for Halloween every year from ages 5-13, Aladdin is a cartoon so...But when I was a freshman in high school, I noticed a VHS tape at the grocery store my mom shopped at sometimes. It was an indie film called American Desi, and it rocked my world. I grew up in a small, conservative town in New Jersey and post 9/11 was rough (to put it mildly). Just seeing people on screen who looked like me and reflected my own experiences and hopes and fears made me feel like my existence and identity were valid, that I do belong, and—most importantly—that South Asian actors exist! And there’s work for them! Purva Bedi (who plays Deepa Batra in IPA) starred in American Desi. She’s like ON the box cover. We’ve known each other for a few years now and I only recently told her what an impact she and that film had on my life. Representation matters.


7. What’s it like for you to perform that final, interactive scene of the show?
In that final moment, Lipica is super calm—it's a beautiful gesture, a beautiful way to realize one of the messages of the play, and a beautiful way to show that the fourth wall is just a figment of all of our imaginations. But simultaneously, Lovi is incredibly anxious! We recently heard her speak about her pain, how she's empty inside, how she doesn't know what to DO any more. And now she's being asked to overcome all of those fears and reach out to strangers. Lovi doesn't know how anyone will react to the gesture—will they accept it? Reject it? Argue about it? Demand more? Hear her? See her? Ignore her? All of these things have happened and will probably continue to happen. And because the gesture is itself a metaphor of sorts—an invitation to join us so we're no longer "other”— it's incredibly scary to not know how the sea of strangers will respond. There are nights where her fears are eased and she opens her heart a bit to trust again, and there are nights where she wants to run away and cry in a corner. Still, I'm really glad this moment exists—I can't think of a better way to end our play!