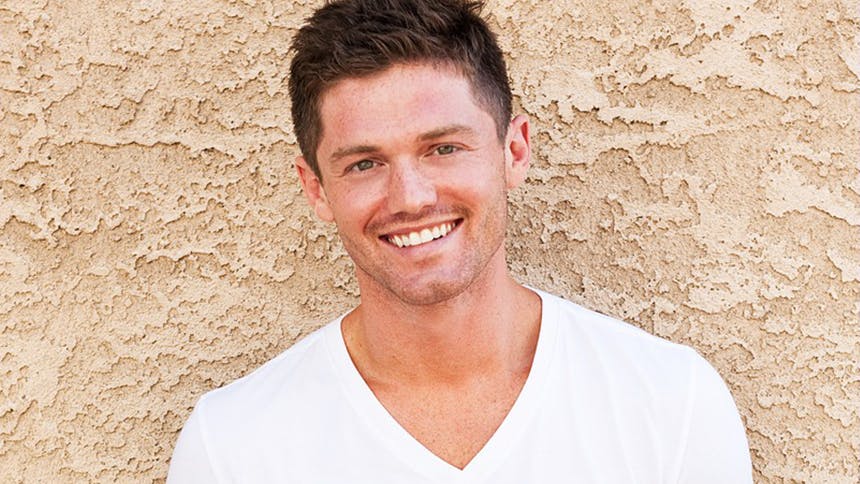 After making his Broadway choreography debut with the mega-hit revival Hedwig and the Angry Inch, two-time Emmy Award-nominated choreographer Spencer Liff returns this season with the acclaimed revival of Spring Awakening. As an Astaire Award-winning performer, Liff appeared in the Broadway productions of Equus, Cry-Baby, 9 to 5, Big & The Wedding Singer and the films Hairspray and Across the Universe before making the leap to choreographing Fox's So You Think You Can Dance and NBC's Best Time Ever with Neil Patrick Harris.

Below, BroadwayBox chats with Liff about some of his favorite dance numbers, returning to Broadway as a performer, and the Lloyd-Webber musical that brings him to tears.

1. The most rewarding moment in Spring Awakening to watch now is:
The Tree. There have been many moments I've grown fond of as the show evolved during our workshop and rehearsal process. One I've loved since the very beginning was the intertwined ensemble of bodies that make the giant Oak Tree during "Word of Your Body". The end result is seemingly very simple, but I obsessed over every detail of this moment, and there were a hundred versions! The cast spent hours huddled together as we tweaked every angle, line, and connection point. Deciding when they would move, breath, and shift to match the beauty of the music. For the deaf audience, the Tree breathing at the exact moment the string section played their first notes, could help visually represent the nuances and emotion in the orchestrations they could not hear. The show over all has taught me a valuable lesson on how powerful simple imagery can be, this moment is a perfect example. 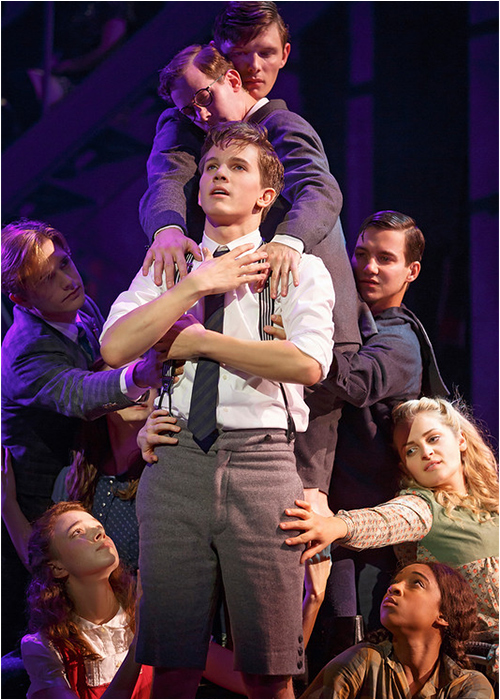 2. The ultimate dance sequence from a movie musical has to be:
I'm going to go with "The Rich Man's Frug" from Sweet Charity. A perfect example of how dance should be shot. The camera angles had to have been storyboarded in Fosse's mind as he created the piece, because every frame is meticulous. The slow pans through the crowd with perfectly placed limbs in the foreground, the movement of the camera is just as much part of the dance as the iconic choreography. I love that he stays on long wide shots allowing you to really take in the body from head to toe, a style that has disappeared these days with the constant jump cuts editors feel are necessary to "keep the energy up". I feel as close to seeing dance through Fosse's eyes as I'll ever get when watching this piece.


3. Dance sequence from a Broadway musical that could bring me to tears:
I could get made fun of for this one, but.... the entire opening sequence of Cats. It was my first Broadway show when I was 4 years old and those first few minutes undoubtedly changed the course of my life. It was complete magic to me! I recently saw the tour that came through Los Angeles and played the Pantages. I hadn't seen the show in years and wondered how I'd feel about it now. The lights went down and I made it about 30 seconds in before I had this wave of joy rush over me and tears started running down my face. I couldn't believe how emotional I got and how much the show still meant to me. I had taken a date to the theater with me that night and I was so embarrassed that I was full on crying and tried to inconspicuously wipe the tears away. Then I thought... Like I'm ever going to date someone that can't handle the fact that I might just sob through Cats!


4. My dream revival to choreograph is:
Crazy For You. Hands down. When I was boy I saw this show on Broadway and was so dazzled by the innovation, the use of props, and the wow factor that Stroman's production numbers had. I made my Broadway debut in Big and got to work with Stro for months and watch her creative process. It had a huge effect on me. She made such a mark with Crazy For You and I would love to tackle a big dance piece like that.


5. Role that would bring me back to Broadway as a performer:
Thinking about all the Tulsa, Riff, and Gabey type roles, nothing jumps out. Watching Robbie Fairchild originate his triple threat role in An American in Paris last season was thrilling. I'd come back to Broadway if an opportunity like that presented itself. The chance to create something brand new on that level, would be very tempting.

6. My biggest pinch-me moment professionally has been:
I love this question because it just required me to sit and really remember some insanely cool experiences as both a performer and choreographer. One moment that felt like a complete dream was the first time I got nominated for an Emmy Award. It was 5:30 am and my phone started ringing. In a complete haze and very confused I answered and heard "Congratulations Spencer, you've just been nominated for An Emmy Award". Then silence.... Finally I managed "Is this a joke?" I was assured it was not and then told to go to the Emmy website where I saw in writing "Best Choreography Nominee-Spencer Liff for So You Think You Can Dance". I screamed, and screamed, I couldn't control it. I'm sure I woke up the entire building. Then your phone starts beeping, dinging, alerting, ringing. Noises I didn't know my phone could make. Everyone you've ever met in your life starts congratulating you. Nigel Lythgoe called and then FOX sent a fancy car and I was swept off to do press. I've watched the big awards shows my whole life, sitting at home dreaming that I might get to experience it one day. That was one moment that felt as big and exciting as I ever fantasized it would!

7. If you were going to watch just one Spencer Liff SYTYCD number, I'd say check out:
"Come Together" Season 10. This piece is based on a photo I saw of a group of teens in a pool hall. They looked extremely cool and I was very intrigued by their back stories, I knew I would turn that photo into a dance one day. Years later, I was listening to the Across the Universe soundtrack and "Come Together" came on. Out of nowhere that image of the pool hall popped into my head and it all clicked. The photo came to life with that song in my mind. I wanted to choreograph it immediately so I called the executive producer of SYTYCD and said I had a new idea and wanted to change my creative for the episode that week. Miraculously we got the song cleared in a day and I tracked down the photo and gave it to all the departments for inspiration (costumes, hair/make-up, lighting) and in a few days it was a number on National TV. That's how fast that show works.

In a turn of events, the morning we were to go live one of my dancers got injured and dropped out of the competition. The producers asked if I would step in and perform his part. I had been choreographing on the show for so many years but had never experienced it from the other side. I was thrown into a costume and in one of the most surreal moments of my career danced for the first time on the SYTYCD stage.