Roderick Hill Takes On 7 Questions All About Stalking the Bogeyman 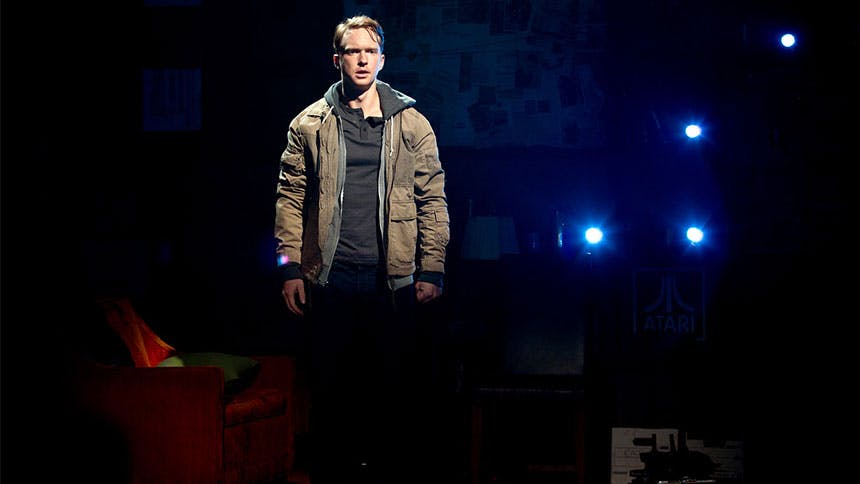 Roderick Hill gives a breakout performance as David Holthouse, an abuse survivor hell-bent on revenge, in the gripping and haunting new off-Broadway Stalking the Bogeyman. BroadwayBox caught up with the Newsroom, Unnatural Acts and Lestat vet to have some fun talking about the new play, the real-life inspiration and the last person he actually stalked on social media.

1. How would you describe the show in a tweet (140 characters):
A man's journey into revenge in an attempt to heal from certain traumatic events in his childhood. A story of transformation & forgiveness.

2. How do you decompress after a performance of Stalking the Bogeyman?
It's not easy. I try to connect with my cast mates as people and not the characters we play after we come down each night. I like to walk around 9th Avenue 'cause it’s always so lively. And having a Miller High Life at my local bar in Brooklyn also helps.

3. What’s the greatest thing you’ve learned from your meetings with David Holthouse?
That he's an incredibly generous and kind family man. One of the issues I deal with in the play is the fear of being in a relationship and of becoming a father, and one of the main things I take from knowing the real David, is that he is now a husband and father. He's living proof that its possible to overcome the scars from your past and have a fulfilled wonderful life.


4. The show is serious, how do you guys have fun backstage or when you were in rehearsal?
Baseball. We had a fun game in rehearsals when we would toss some of the baseballs that are in the show at each other when the other person wasn't looking to test their reflexes. The "think fast" game. Watching the Bogeyman get hit gently in the crotch with a baseball while he's not looking always lightens the mood.

5. When we meet David, he’s really into Garfield. At age seven, what were you obsessed with?
At 7, I was really into Return Of The Jedi, baseball, Prince's album Purple Rain.

6. Who is the last person you’ve stalked on social media or Google?
Uh...Derek Jeter. I seriously have to stop stalking Derek Jeter.

7. What’s the most frequent thing you hear from people after the show?
People often can't speak about their experience after the show, so I get a lot of silent hugs. I think there's a part of the audience that just wants to give David a big hug.