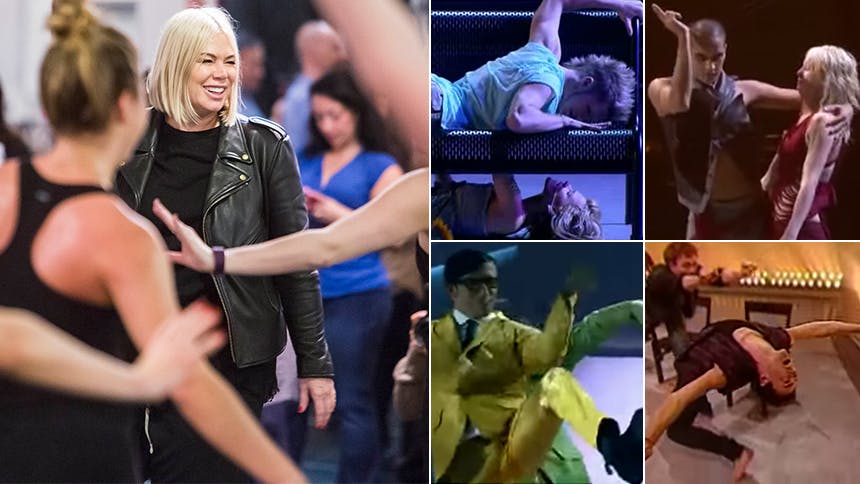 
BroadwayBox caught up with Michaels to learn the stories and inspirations behind six of her iconic So You Think You Can Dance numbers.


I was watching a Mitzi Gaynor special from the 1960’s with director, Adam Shankman.  He challenged me and said that I would never be able to choreograph a jazz number to a Mitzi Gaynor song.  This is what came out of that dare. It premiered on So You Think You Can Dance Canada with cigarettes glued to their lips, sharkskin suits and shag rugs. One of my favorites!

The Moment I Said It


I was interested in exploring the stage in a different way on So You Think You Can Dance. I was inspired by the song—it was my main inspiration. I wanted to create a new world with a different tribe of people exploring new communication from one human body to another. I just let myself completely go wild with creating the movement. I literally jumped on the stage and it came through me fast and furious.


What it feels like to be in love with somebody that doesn’t see you the same way that you see them. The awful feelings of someone moving away from you when you just want to be close to them and the long hesitancy of them not wanting to accept the flower because of what that would mean.


I was walking down Santa Monica Boulevard when I got the call that Michael Jackson had died.  I looked to my right and saw a bunch of homeless, drugged-out kids and saw how deadly and destructive an addiction looks. It all became very real in that moment and I realized that everyone has an addiction of some sort. So I took a love song and showed what addiction looks like as a love story—because that is what an addiction is. It is an obsession and a love of something that is bad for us.


To put it plain and simple, I just wanted to have a little fun and get out of the serious world of heavy and sometimes depressing contemporary dance. That being said I chose the idea of a big butt celebration!


One of my favorite Broadway songs from the musical RENT. This piece is about the ugly side of humanity and how people can be so cruel to each other through rumors, gossip and rejection.  It shows how the power of negativity can trickle down and grow from bad to worse.