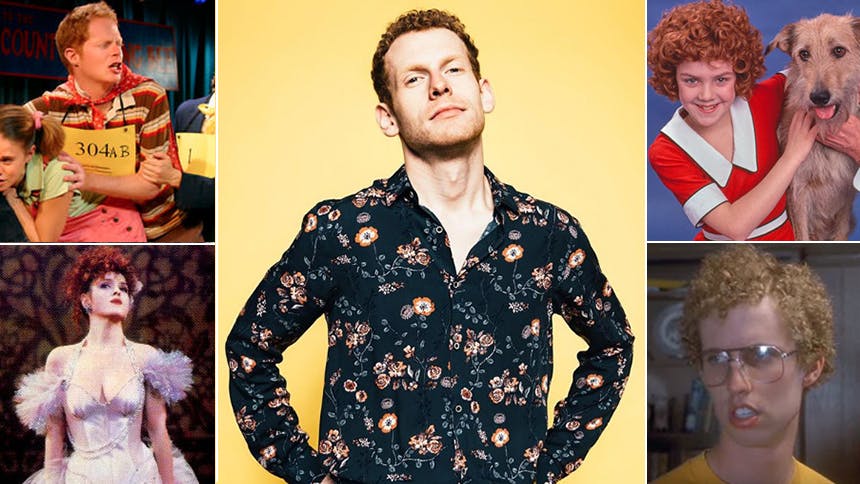 Max Chernin (Broadway’s Bright Star, Sunday In The Park With George) brings his hilarious show The Color Ginger to The Green Room 42 on June 25, and it’s the biggest musical event for a redhead since the last Annie revival.


To get audiences pumped for the one-night-only concert event, Max shares with us five fellow gingers who helped shape him into who he is today.

Why they made the cut: They epitomize growing up in the ‘90s to me. Two ginger brothers grappling with school, boredom, and growing pains. I think the show itself encouraged kids to be bold and adventurous...I saw a lot of myself in them.
First introduction to them:  SNICK (Saturday Night Nickelodeon) Truly one of the best lineups that also included Clarissa Explains it All, The Secret World of Alex Mack, All That, Are You Afraid of The Dark? THAT was good programming. They don’t make ‘em like they used to.

Why they made the cut:  Ginger + Musical Theatre = Annie
If I was a girl I would have hit it big doing Annie everywhere.
First introduction to them:  I was fortunate enough that one of my first (and finest) roles was playing the Assistant Dogcatcher at theatre camp when I was 8. It was the first time I spent all day doing theatre (classes in the morning, rehearsal in the afternoon) and by the end of the summer, I never wanted to do anything else. Notably, Sunday in the Park castmate Andrew Kober played Daddy Warbucks.

Why they made the cut:  The ultimate ginger outcast. So awkward, yet so adored.
First introduction to them:  I definitely saw this right when it came out at the local indie movie theatre in town, immediately bought the soundtrack, made a “Vote for Pedro” shirt, and eventually put the whole outfit together for Halloween. I already had an Afro. There was no other choice for me than to embrace all that is Napoleon Dynamite.

Why they made the cut:  This is my “I saw myself up there.” Jesse is inspiring on many accounts, not only as an actor but also as an out gay man. He uses his talent and presence for all the right things.
First introduction: The 25th Annual Putnam County Spelling Bee, of course. There was something truly magical about his performance in that show, and I was also the biggest William Finn fan. When I was 12, I sang “I Feel So Much Spring” for all my auditions and told everyone A New Brain was my favorite musical.

Why they made the cut:  Hard to single out one ginger diva, but Bernadette wins for me. Need I say anything more?
First introduction:  The 1989 recording of Into The Woods. I was enamored.


Don't miss Max Chernin in The Color Ginger at The Green Room 42 on June 25.