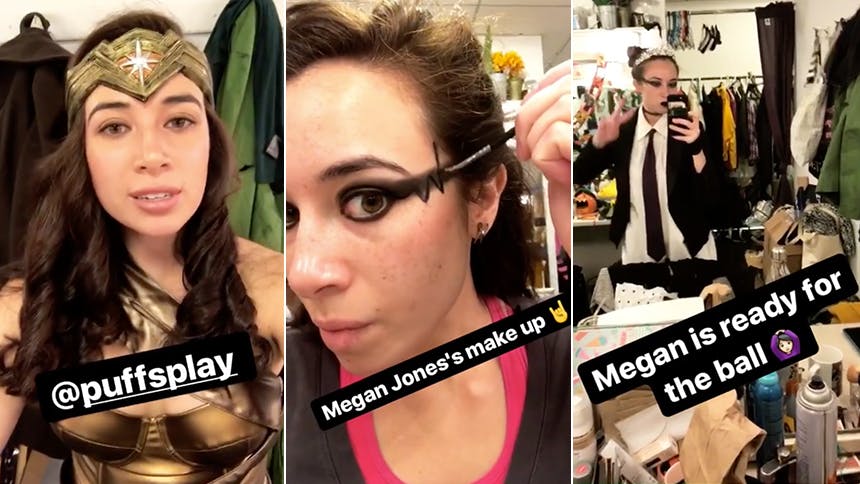 Julie Ann Earls stars as Megan Jones, the reluctant Puff who dreams of following in the footsteps of her wicked family and becoming a Slytherin, in the hit off-Broadway comedy Puffs, or: Seven Increasingly Eventful Years at a Certain School of Magic and Magic. The leading lady is like a gothic Ms. Granger as the play follows a trio of Puffs whose adventures run parallel to that trio of Gryffindor heroes in J.K. Rowling's iconic book series. It's truly a must-see for Potter fans or just fans of clever comedy.

On Saturday, October 28, Julie took over the BroadwayBox Instagram for a two-show day at the off-Broadway smash complete with Halloween costumes, candy, and mayhem. Check out her day in the story video below.

Puffs, or: Seven Increasingly Eventful Years at a Certain School of Magic and Magic
Best Priced Tickets
Newer
Exclusive Photos! Go Backstage at Broadway's Wicked as the Cast Prepares to Take the Stage at the Gershwin
Older
Laura Michelle Kelly Shares Her Favorite Female Showtunes In Celebration of Her New Show Both Sides Now
Sign up for BroadwayBox Discount Alerts