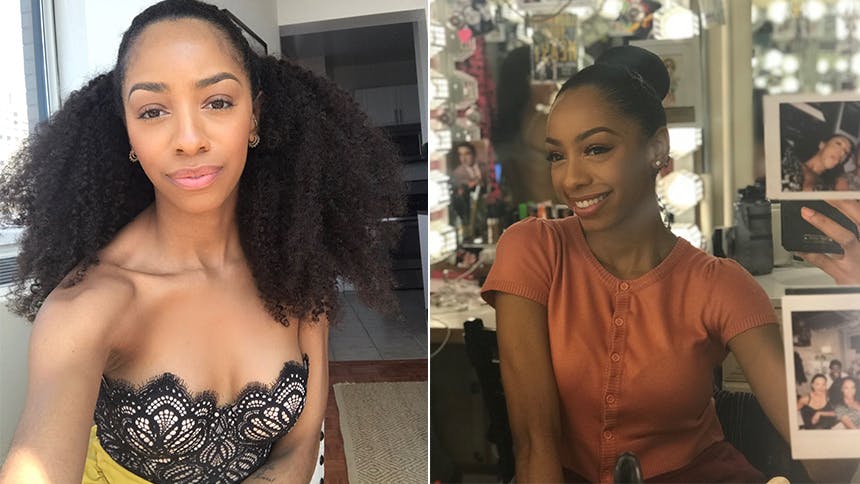 . Christiani had been with the musical since it opened, making her Broadway debut as Denise (one of Jane’s friends) in the original B'way cast before taking over the leading lady role in late August 2017.


Scroll on as BroadwayBox gets to know Christiani a bit better as she talks bringing authenticity to A Bronx Tale, the voices that influenced her, and a major audition mix-up.

1. What’s the first thing you did when you found out you’d take on the role of Jane full-time?
The first thing I did was Pray. I had to thank God immediately because this was something I had always dreamed of, but never expected.

4. What’s your most challenging moment in A Bronx Tale:
My most challenging moment so far is finding the balance between bringing in my authentic emotion with what’s going on in the real world and facing the turmoil in the world of our show. It is important to draw on genuine emotion for the piece but I never want to let myself get overwhelmed.

6. What’s your most memorable audition story:
I drove all the way to Tallahassee FL to audition for the BFA Music Theatre program at FSU. I was planning to sing “Waiting For Life” from Once On This Island. When I was next in line to audition I pulled out my book to make sure it was organized and realized it had been accidentally switched with my mother’s work notebook, and my poor little sheet music was 40 miles away in the back seat of her car headed home. God was with me, however, because when I walked in with nothing but an awkward smile and a crappy story, a student in the room happened to have that same sheet music handy and saved the day!

7. Three things you need for a two-show-day at A Bronx Tale:
1. Coffee
2. Açaí “Good Greens” bowl.
3. Some James Baldwin literature.

8. What early role from high school or college would you like to revisit again:
I would love to revisit the role of Sally Bowles in Cabaret, or Wendy in Peter Pan. (C’mon, she gets to fly!!!!)

9. Growing up, who were the voices you idolized most:
My sister Brittni Pitts (She is the reason I started singing), Beyoncé, Lauryn Hill, Mary Mary, Aretha Franklin and Yolanda Adams.

10. You have such fierce style. What are some of your style icons and rules:
Why thank you!! Some of my style icons are Tracee Ellis Ross, Asiyami Gold, Erykah Badu, and Joy Bryant. As far as rules go, I would just say always wear what YOU think slays and makes you feel confident. I always find that whenever I dress myself to appease someone else I feel self-conscious and uncomfortable. Who cares if someone else hates it, if you feel fierce they’ll catch on.