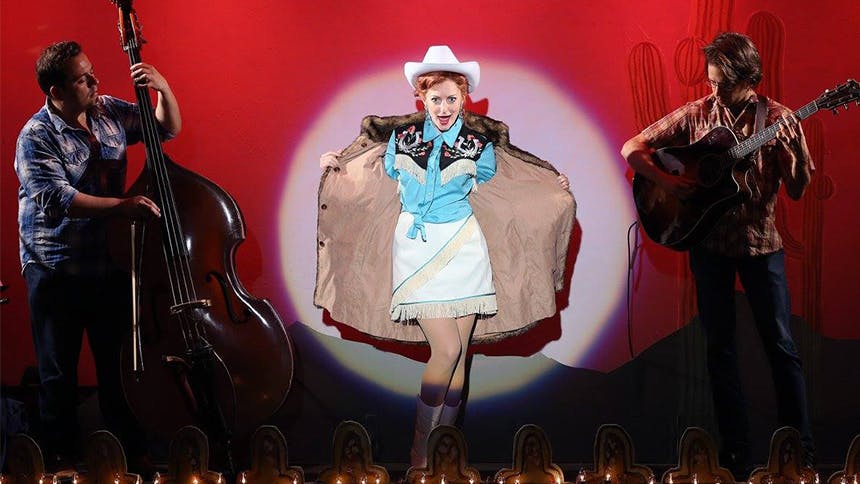 , a wild west take on Shakespeare's Measure for Measure.

BroadwayBox caught up with Lauren (one half of the popular music duo The Skivvies who appeared on Broadway in Rock of Ages and Sweeney Todd) to talk about country music divas, comedy influences, and Skivvies guest.

1. Who is your favorite country music diva and what is her ultimate track?
I simply love Dolly Parton, her voice, and how she knows exactly who she is and what she embodies. I love the song “Jolene”. I also really dig folk Americana singers Allison Kraus, Gillian Welch, and Sarah Jarosz.


2. What’s a Shakespeare role you’d like to play?
I’d love to play Hermia in Midsummer Night’s Dream or Beatrice in Much Ado About Nothing.

3. Who are your comedy influences? Was there a movie or TV show that really influenced you?
My comedy influences at a young age came from watching SNL, Beetlejuice, Jim Carrey movies, The Carol Burnett Show, Lucille Ball, and as I got a little older my touchstones for comic genius became Kristin Wiig, Will Ferrell, Amy Poehler, Tina Fey, Maya Rudolph, Ana Gasteyer, Molly Shannon, Sarah Silverman to name a few.

4. What makes the perfect Skivvies guest star?
Anyone who has a great sense of humor and is fearless. We have so much fun collaborating with our guests, so someone who is very creative and quirky is also a good trait for a Skivvies guest.


5. Who do you and Nick Cearley get requested the most for a future Skivvies guest star?
So many people: Laura Benanti, Cynthia Erivo, Lin-Manuel Miranda, Daveed Diggs, Neil Patrick Harris, Shoshana Bean. 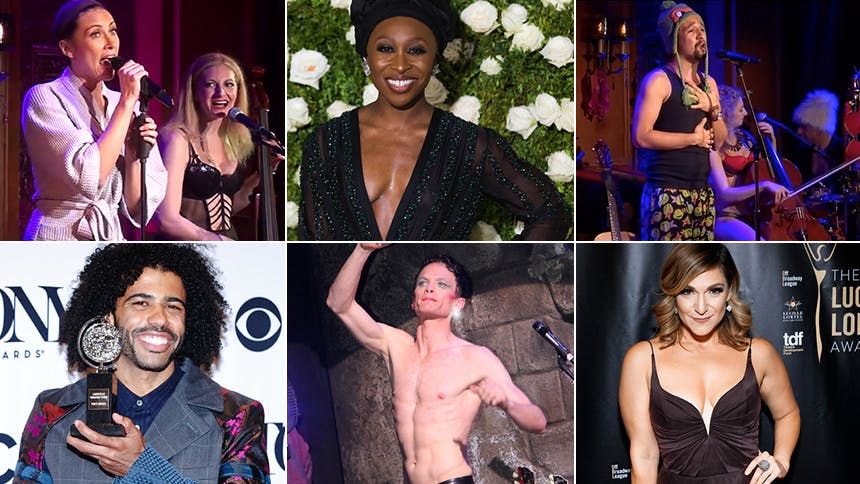 6. What’s your most cherished memory of Sweeney Todd?
On the first day of rehearsal, Patti LuPone turned to me and said, “Lauren, it doesn’t get any better than this. It’s all downhill from here.“ It was a dream working on a masterpiece of musical theatre in such an inventive way with the actors playing instruments. I’ll never forget stepping onto the stage for the first time and looking out into the audience thinking, “this is really happening”.

7. Who was your inspiration for your southern accent? Who are you serving us a slice of in Desperate Measures?
I’m not a fan of these examples, but I think my accent is a mix of Paula Deen and some of the southern women on the reality show Toddlers and Tiaras. I have a lot of fun dropping into Bella’s thick southern accent.